The Art of Racecraft: Jamie Sieracki

Intriguing points from a veteran driver and industry member 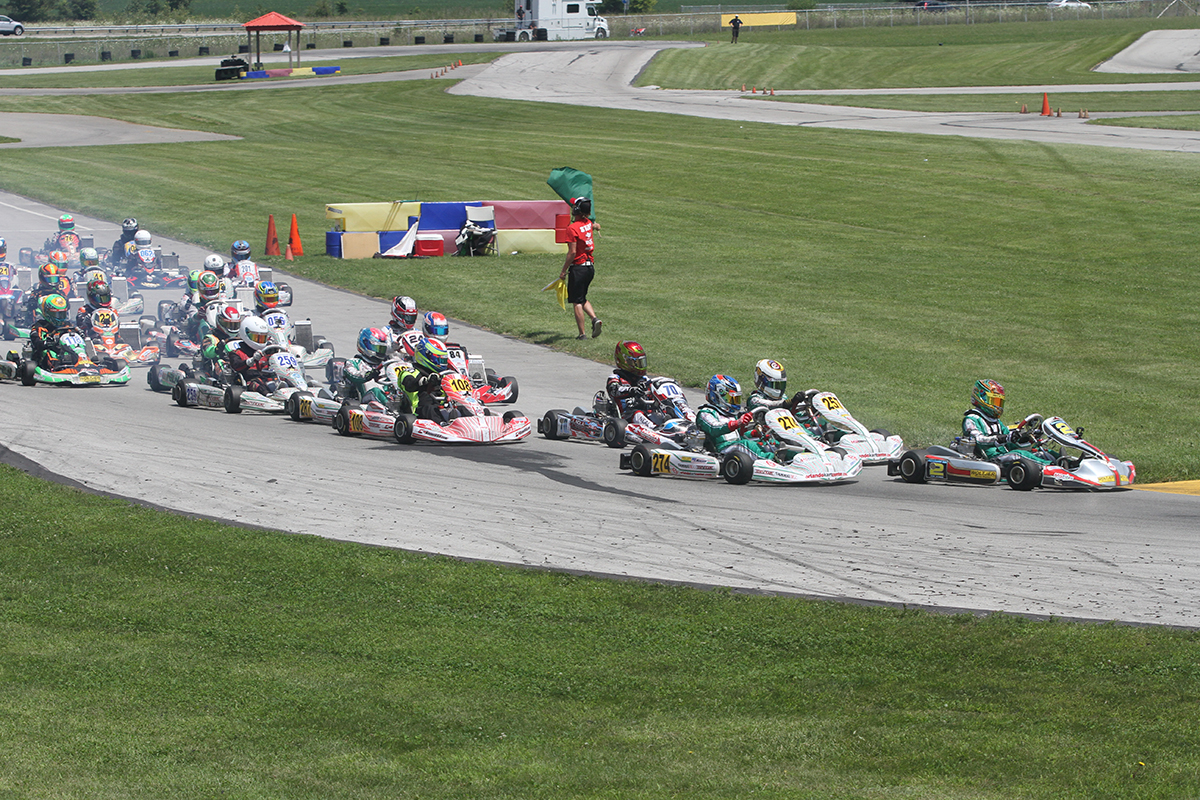 The hottest topic of discussion in the sport right now is centered on a negative culture shift in driving standards, most predominantly seen in national level competition. Over the next few months, EKN will be presenting an article series that features the thoughts and beliefs of some of the most respected drivers and industry veterans in the sport. It is our hope that drivers, tuners, coaches and parents will all take the time to read these submissions, and discuss their merits, so that we can reverse the slow decay of racecraft that we’re seeing in our incredible sport. With that, we present our series called ‘The Art of Racecraft’. Jamie Sieracki is a 25+ year veteran of the sport and is ben a driver, a coach, a mechanic and is the co-owner of Franklin Motorsports and Team FMS. We’re thrilled that Jamie has agreed to contribute to this discussion. Veteran driver TJ Koyen was the first to pen his thoughts. 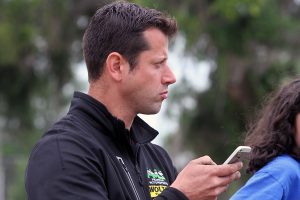 Motorsports has always been the showcase of many talents to achieve one goal: winning.  As a driver, you compete for the best time, as well as for positions on course, to reach that goal.  A key trait in working your way towards a win is patience and it seems that, in recent years, this has been all but lost. Where is the sportsmanship? Where has the respect and professionalism gone? How have we turned the art of racecraft into a demolition derby?

There are many topics being raised when grappling with a reason or excuse for the lack of skilled overtaking in karting today.  Some blame the bodywork we are now accustomed to.  Large budgets have also been targeted as the root of the carnage.  Others have singled out a lack of quality role models in higher forms of auto racing.  While there are many reasons attributing to the lost art of racecraft, I believe one missing component could help revive the wheel-to-wheel aspect of karting.

In traveling and visiting many races annually, I see a growing number of competitors new or newer to the sport.  While this is a great trend, as we all want to see new people enter karting, many of the races that I attend are regional and national level events. There really shouldn’t be brand new racers at these levels of competition.  The eagerness to learn and improve is there with many new drivers, as are the resources needed to pay for coaches and equipment.  While these ample resources allow the drivers to get up to speed quickly, there are aspects and experiences that they are sorely missing while on the fast track to the front.

While it is now in the distant past, when I began karting, there was a pretty clear path of how to get to national events.  Drivers began racing at club events and, at that time, many were run on a hard tire. The time spent at the club events immersed you into a setting with a commitment for more than just a few weekends a year.  The people you raced with became more than just competitors and a stronger respect was created, as you faced them week-in and week-out over the course of the entire season.  The season consisted of up to 18 club races where I began.  The familiarity and friendship created by this regular interaction built a mutual respect, which is apparently missing today in many levels of motorsports.  At the end of the day, you hung out and talked about the day’s races and what happened on track.  In the end, it wasn’t worth it to wad up you or your buddy’s equipment for an impossible hero move in turn one.  In today’s world, new karters are jumping into the focused three-to-six race regional and national series and they have no way of developing a connection to the other competitors. The driver they take out in an aggressive move is just a number, just another kart.  They have never built any level of respect for the person in the seat, and the on-track results show it. 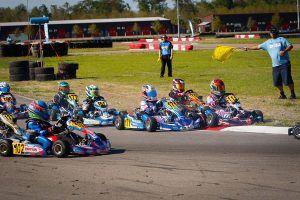 “How have we turned the art of racecraft into a demolition derby?” (Photo: On Track Promotions – otp.ca)

Another aspect of the club events from long ago was the harder tire used in many areas.  While I’m a big fan of aggressive compounds, the higher speeds and late braking passes that they offer, soft tires are not the best place to begin in my opinion.  Hard tires offer competitors a chance to learn how to control their karts, something of which many drivers are mediocre, at best, in doing these days in national races.  If a driver were to make an over-aggressive move on hard tires, it carried a bigger penalty and loss of time.  An added bonus of the harder tires was that over the course of a long season, the driver with the biggest budget didn’t always prevail when it came to grip.  Even with medium compound tires today, a new set is worth three tenths or more at many circuits, which can enable a driver of less skill to out-run a better driver.  “Back in my day”, the reward I noticed from running the hard-tire club events was where you started national events after your heat races, which you began via pea-pick.  The off-weekends at the club races resulted in making better moves and being in control of your equipment.  Keep in mind, the regional and national events used medium compound tires, so there was a transition from hard to soft compounds, which I think further developed driver skill and adaptability.

As mentioned, I believe there are many more potential reasons for the crash-and-bang national events we have come accustomed to watching.  While this is one change I have noticed, it also coincides with other changes made over time.  If a driver starts on a soft tire, they can find speed in the grip and confidence that the tire offers in a shorter amount of time.  New drivers can also find comfort in the increased safety that modern bodywork offers or have no fear of the kart they may destroy with a poor decision as another is waiting to be built.

“Back in my day”, if you destroyed a kart, it may be quite a while before you were on track again. Not missing one or two sessions, but weeks.

“Back in my day”, if you wrecked a fellow competitor with a mindless maneuver, you apologized before the next race.

Back in my day…

2 thoughts on “The Art of Racecraft: Jamie Sieracki”