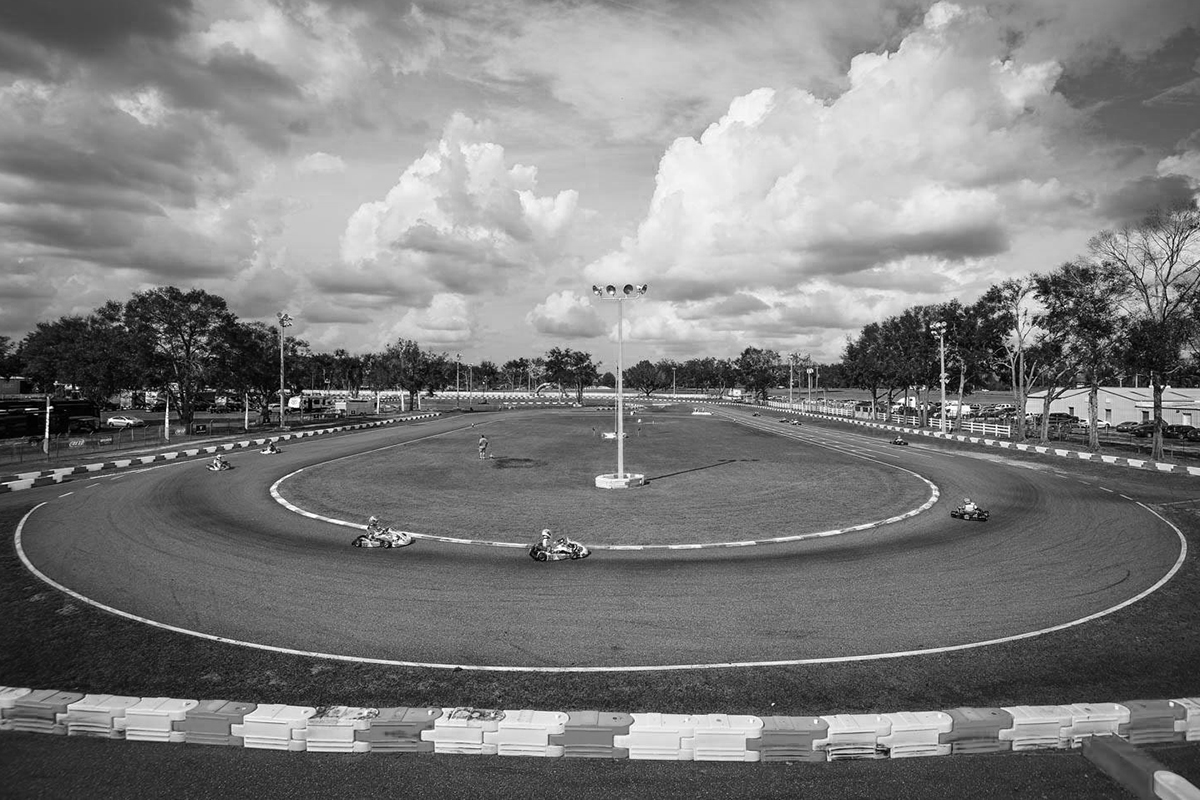 The United States Pro Kart Series – presented by MG Tires and Nitro Kart – is set to host the opening event of the 2018 season with its first venture south. The Southern Grand Prix will serve as the opening two rounds of the 2018 championship chase, set for April 6-8 at the Ocala Gran Prix facility. The central Florida facility has been the site for many major events in its history, with the USPKS program making its first visit this weekend.

The Ocala Gran Prix course is much like the Bristol of karting. It is shorter then most circuits, not as wide as some of the newer facilities, but still fast and exciting each and every lap. Sub-37 second lap times are expected in the headline category around the eight turn, 1/2-mile course. The Superkarts! USA Winter Series was in Ocala back in February, with many of the competitors in the paddock this weekend among those who were there.

EKN is set to continue its long-term partnership with the USPKS, providing unmatched Trackside Live coverage throughout the weekend and the season. The entire Southern Grand Prix will be available at the EKN Live page – www.ekartingnews.com/live – with USPKS announcer Tim Koyen providing the play-by-play call. Daily reports and updates on the EKN Social Media network will fill up your timeline throughout the weekend. 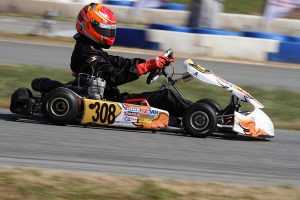 The headline category is the X30 Pro division. The USPKS has crowned five different drivers in the championship chases, with no one able to repeat through the first five years. 2018 has the opportunity to end that streak with defending champion Brandon Jarsocrak looking to make history. The 2014 Yamaha Pro champ won at the SKUSA Winter Series event in February at Ocala in his debut aboard the KartSport North America / Kart Republic. His top rival from a year ago – Alex Bertagnoli – is back to challenge once again. This time, they will be on the same Kart Republic brand, with Bertagnoli still working under the Team FMS tent.

2014 series champion AJ Myers could steal the glory from Jarsocrak should the TB Kart USA driver kick off the year with a solid weekend. The Florida driver has shown to be among the top drivers in the United States year after year, and will be among those to watch throughout the weekend. Another is Austin Garrison, who developed his skills with hundreds of laps around the Ocala facility. The Floridian is coming off a big win with the Fullerton brand at the WKA event two weeks ago. One of the inaugural winners at the USPKS opener in 2013 was Mike Giessen. The veteran driver is making return to the seat, piloting a Team FMS / Merlin entry. Giessen won in the wet at GoPro Motorplex, and currently it is forecasted to rain sometime during the weekend. 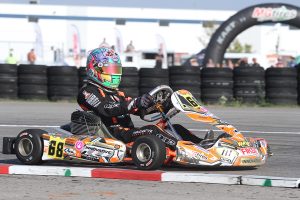 TJ Koyen is among the top contenders for KA100 Senior heading into Ocala (Photo: EKN)

The KA100 division made its debut in the United States last year with the USPKS. Numbers were above 20 all season with the packaged deal of engine and entry for the entire season. The numbers are set to be strong again in 2018. Last year’s champion Alex Bertagnoli along with Brandon Jarsocrak and Mike McAndrews are not competing in the category this year. This hands the reigns over to veteran driver TJ Koyen (Innovative / Exprit). Koyen finished fourth in the standings last season, unable to claim a victory. His experience and talents put him as the pre-season favorite. Josh Hotz and Colton Ramsey of Team FMS were right there all season long as well, and are back with Hotz aboard the Merlin and Ramsey in the Kart Republic. Blake Hunt is coming off a double victory weekend at WKA, and is sure to put his Fullerton into the mix throughout the weekend.

The smallest field heading into the weekend is the X30 Junior class. A number of drivers are expected to enter trackside, however, the field is very young. Defending champion Maks Kowalski has moved up to Senior, leaving room for a fifth different title winner in as many years. Gray Leadbetter (VSR / Tony Kart) ended the season with a victory at Autobahn, making a return to USPKS competition. Kyle Thome (FMS / Merlin) finished right behind her, and is still looking for his first Junior victory. Nicholas Terlecki and Lucas Smalec, both under the Team FMS / Merlin tent, are among the rookies in the field. 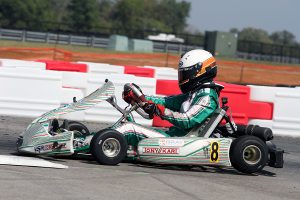 The KA100 Junior division is making its debut at the USPKS with 14 drivers set to battle. Many of those competitors in the Yamaha division around the country. No driver is doing double according to the entry list. Donald Whorton II (FA Kart) is coming off victory in Yamaha two weeks ago at the WKA event. Taylor Maas (FMS / Merlin) won a Junior race last year in WKA competition at her home track of Badger. The rest of the field are some new names and young drivers moving up from the Cadet ranks. Seven are from the North Carolina area, showing the club program at GoPro Motorplex is helping to feed the class at USPKS.

Also new for the 2018 season is the return of a Masters category, which was among the first classes of the inaugural season in 2013. The X30 Masters class is welcoming 15 drivers to Ocala, all looking to be among the first winners and start the year in the right path toward the championship. Home track advantage goes to Scott Roberts (Tony Kart) and Danny Robertson (Tony Kart). Roberts won at the SKUSA Winter Series event and Robertson stood on the podium, both should be in the hunt all weekend. Laurentiu Mardan (Tecno) was a race winner in the inaugural USPKS season, and the SKUSA Pro Tour two-time race winner is set to add more wins to his CV. Cristian Vomir (Tecno) is a series champion as well, winning the ‘Masters’ title in 2014. Scott Falcone (Praga) is a former national champion, making a return to the driver’s seat, traveling from Colorado to be part of the action. Brian McEvoy (Merlin) is another driver making a return, and could be among those challenging. Kim (CompKart) and Scot Carapellatti (Tony Kart) are making the trek down from New York with Jonathan Silva (CompKart) coming from California to take on the competitive field. This should be a great category to watch all weekend. 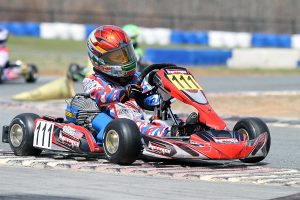 Brent Crews is the favorite in Mini Swift (Photo: EKN)

The Mini Swift category is stacked as well, featuring some of the best drivers in the country. Brent Crews (Nitro Kart) is the defending champion, looking to be the first two-time title winner in the category. Mateo Rubio-Luengo (Benik) won the Micro Swift title last year, and is likely one of the favorites to battle with Crews for the title. A number of drivers are Micro graduates, including Frankie Iadevaia (Nitro Kart) and Christian Miles (Formula K). Jace Park (Parolin) has made vast improvements since last year, and could be a factor throughout the weekend. Former SKUSA champion Kai Sorensen (Benik) is making the trek over from California along with Alex Stanfield (Energy) from Texas, adding to the talent pool in Ocala for the series opener.

The competition in the Micro Swift category is going to be fun to watch. It is a mix of new talent and experienced drivers. Ben Maier (Nitro Kart) is the top Micro driver of 2018, winning at every event he has attended. Maier won at Ocala in February and coming off a double-win weekend at WKA two weeks ago. Caleb Gafrarar (Parolin) is another driver winning, coming off victory at the Texas ProKart Challenge event two weeks ago. Both Maier and Gafrarar won just one final last year at the USPKS. Ben Julien (Merlin), Adam Brickley (Nitro Kart) and Ethan Ayars (Parolin) may give the two former winners some pressure.