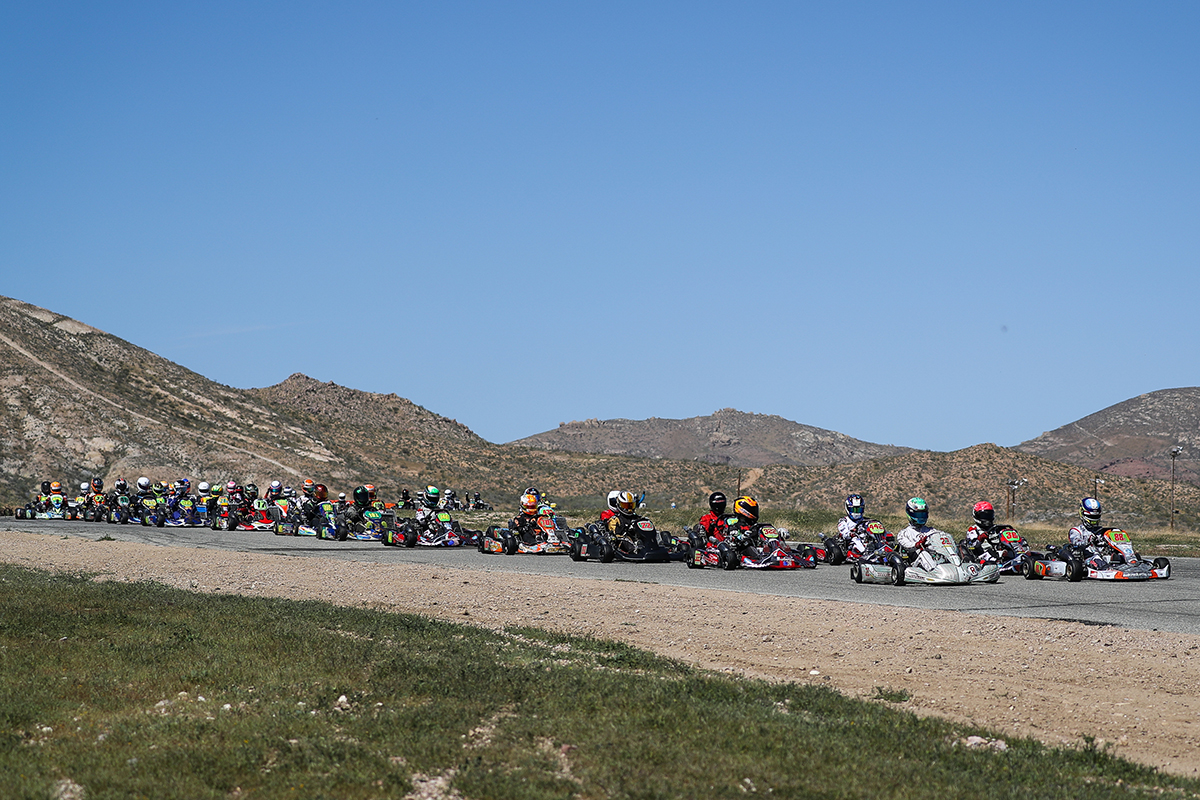 The 2018 season for the California ProKart Challenge began the first weekend of February. Now eight weeks later, the Superkarts! USA flagship regional program resumes with an exciting second event of the season. Competitors from the West Coast as well as across the United States are preparing to head to Rosamond, California and attack the Streets of Willow circuit. The famed course is among the most unique, as the road racing circuit is the only one to feature a distance of over 1-mile on the SKUSA 2018 calendar. Drafting, partners and playing chess at nearly 100mph sums up what the action will be like throughout the weekend at Streets.

The track configuration puts the full course in the clockwise direction (aka ‘up the hill’) at 1.6 miles for the X30 Senior, X30 Master and all Stock Honda categories. The X30 Junior, Mini Swift and Micro Swift divisions will utilize a shorter 1.1-mile layout.

The second round of the California ProKart Challenge provides the opportunity for some to improve their chances at the year-end titles or put themselves into the championship chase with a good performance at Streets of Willow. Twelve drivers started out the season with victory in the opening round at Buttonwillow in February. Billy Musgrave took the victory in the Mad Old Nut S1 Pro Stock Honda class, beginning his run for a fifth series championship. The Phil Giebler Racing X30 Senior division was nearly sold out, with Nic LeDuc scoring the victory. Dean Heldt became a first-time winner in the Swiss-Micron S2 Semi-Pro Stock Honda division as the 2016 S5 Junior champion continues his run up the SKUSA ladder system. Emon Fazlollahi was another first-time winner on the weekend, taking the checkered flag in the Ace High Designs S3 Novice Stock Honda class.

Pre-Registration is open now for the second round of the California ProKart Challenge at Streets of Willow. The deadline for online registration for the event is Monday, March 26 at midnight PDT – with the discounted price of $325 for entry and stamped race tires. A SKUSA membership is mandatory to register and compete. Move-in for Round Two of the California PKC begins on Thursday, March 29, 10am-7pm; also offered on Thursday afternoon is an early-bird Registration Check-in and Pre-Tech. On Friday, the California PKC registration desk opens at 6:30am, followed by a mandatory driver’s meeting at 8:00am. The official practice day begins on track at 9:00am, running until 5:00pm. Pit spots, RV spots and overnight camping reservations are being accepted now, and are highly encouraged, due to the large expected turnout and limited pit area. Complete race and venue information, along with a tentative weekend schedule, can be found at the California PKC Event Page.

Due to the nature of the course, this is the only California PKC race that requires a very specific and stringent Pre-Tech inspection before karts are allowed to take to the track. Each competitor must have passed Pre-Tech, received a sticker, and display such sticker to be allowed to enter the track for Friday practice and Saturday race day.