Maranello Kart Puts 2 on Podium at the Spring Trophy 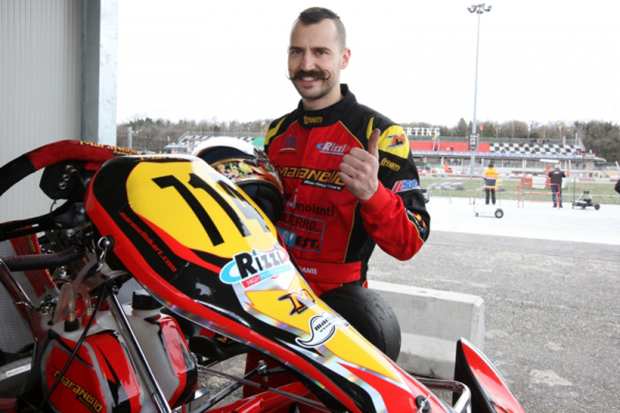 Another very wet race has been held in Lonato in occasion of the first round of the Spring Trophy. Weather did not help in this occasion either, after being quite bad on the South Garda Karting circuit in the last few weeks.

Maranello Kart drivers were not scared by the weather and showed all their speed, highlighting the quality of the Italian chassis. Massimo Dante has been shining throughout. He has been a real “Martian” in the closing day of the Spring Trophy, as Christoph Hold, who has been a great interpreter of the soaking wet circuit.

The best final result was obtained by the Austrian Hold, who was third after taking an excellent P2 in Prefinal and shining throughout the weekend in Lonato. In the occasion, Massimo Dante has excited the enthusiasm of all fans though. He put in a “super” lap in qualifying, claiming the pole position, but then had to start the Final from the back of the grid due to a puncture to a rear tyre in the Prefinal. Dante put in a overwhelming recovery in the Final and excited the enthusiasm of all the people attending the race, easily taking all the rivals from P27 up to 5th! This has been an amazing deed in such a wet race.

A good performance was also put in by Nicola Gnudi, who ended in the top ten of KZ2 in P10, and by Andrea Ceresoli, who was great in qualifying taking second behind Dante and ended his race in 18th place due also to a 10s time penalty. The Swiss Patrik Thur has also been racing on Maranello and closed his effort in P25.

In 60 Mini, the Austrian Lukas Zbul of SRP Racing Team was 13th, following the 9th place secured in the Prefinal.

The next round and closer of the Spring Trophy will take place again in Lonato on March 25th.