Two-time F1 Vice-Champion on track this weekend in Orlando 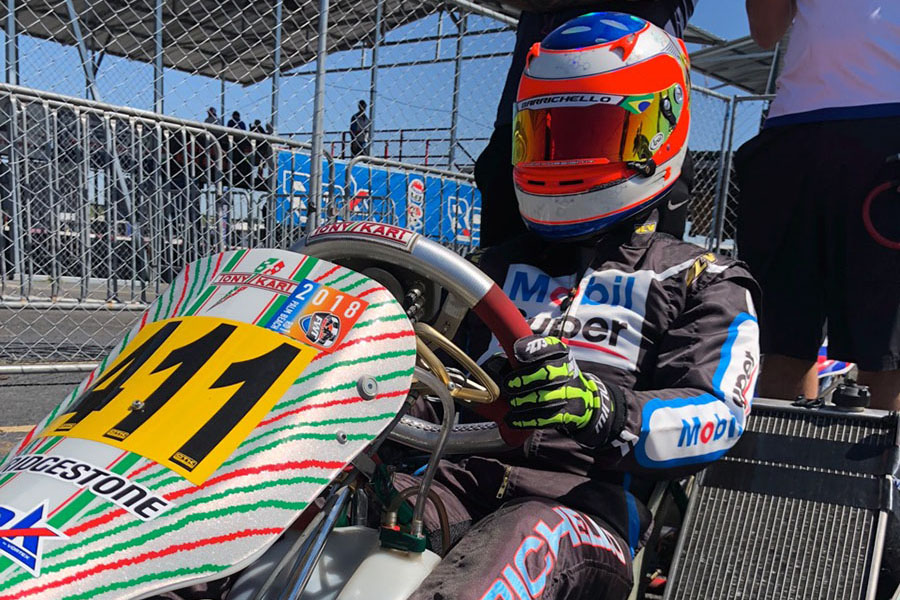 Traveling to the Orlando Kart Center for the last round of the 2018 Florida Winter Tour, NFPiquet Sports will be racing at their home track this weekend. The North American/Brazilian team will have a tent full of hungry drivers, ready to attack the twisting and challenging Orlando facility.

Highlighting the driver line-up is Rubens Barrichello, a two-time Formula 1 Vice-Champion, who will showcase his immense talent with the team while running OTK equipment in the Vortex ROK Shifter category. Barrichello, who is known for his passion with karts, was on the podium during last weekend’s inaugural 2018 Stock Car race in Brazil.

In ROK Senior, Dudu Barrichello and Diego Ramos will fly the NF Piquet Sport colors and vie race for the overall class championship. They are two of only five drivers in the racy ROK Senior class with a mathematical chance to be crowned Florida Winter Tour champion in 2018.

The ROK Junior class will feature Fefo Barrichello, Felipe Barrichello Bartz, Rafael Dias and Joao Matos, all racing to put NF Piquet Sports on podium as they have shown great improvement throughout the beginning of the racing season. The young Brazilian driver, Joao Matos, just arrived in Orlando from his home country fresh off a major win at the Copa Sao Paulo this past weekend, and is eager to get back to his winning ways while in the States.

NF Piquet Sports drivers will be on track Friday for official qualifying and the first of three heat races. Saturday will see the remaining two heats, which will set up prefinals and finals to come on Sunday.