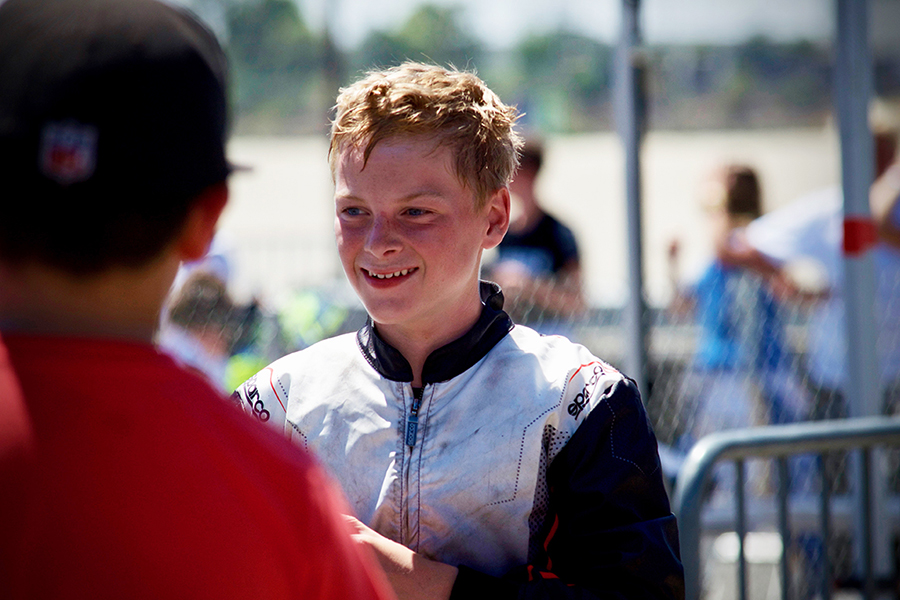 Confirmed last week by the World Karting Association (WKA) Board of Trustees, American driver Colin Queen has been awarded a seat to represent the United States of America at the 2018 CIK-FIA Karting Academy Trophy. A prestigious three race series that will put drivers from all over the world against one another in identical and equal equipment, Queen will jet set his way across the globe competing in France, Italy and Belgium this season representing Team USA.

“This is an amazing opportunity! I’m honored to be selected to represent my country again and I cannot wait to get started,” explained Queen. “My family and I have been working hard at confirming plans, travel arrangements and testing opportunities to make sure I am as prepared as possible. I will be joining Ward Racing based in Gislaved, Sweden to compete in select WSK and CIK races overseas to gain experience in the European racing format, the same team that assisted me during the 2014 ROK Cup International Final.”

Racing for six years and residing in Southern California, 13-year-old Colin Queen has been a fixture at the front of the field in North American events competing at the national level in both the Superkarts! USA (SKUSA) and United States Pro Kart Series (USPKS) programs. With multiple race wins and championships to his credit, Colin will represent his country with the highest of standards and results.

“I was excited to hear that Colin had been selected to the 2018 CIK-FIA Karting Academy Trophy to represent the US,” enthused Rob Howden, Editor-in-Chief of eKartingNews.com. “Colin is a quality young man with fast-developing skills, and with a level of maturity and focus beyond his years. I think that this opportunity will be an experience that he’ll be able to use to springboard his career.”

Queen continued, “The Academy program has produced a ton of talent. Drivers that have competed and won in this series have gone on to further their careers, some of which now compete in the highest levels of motorsports including Formula One. I hope to one day, follow in some of their footsteps.”