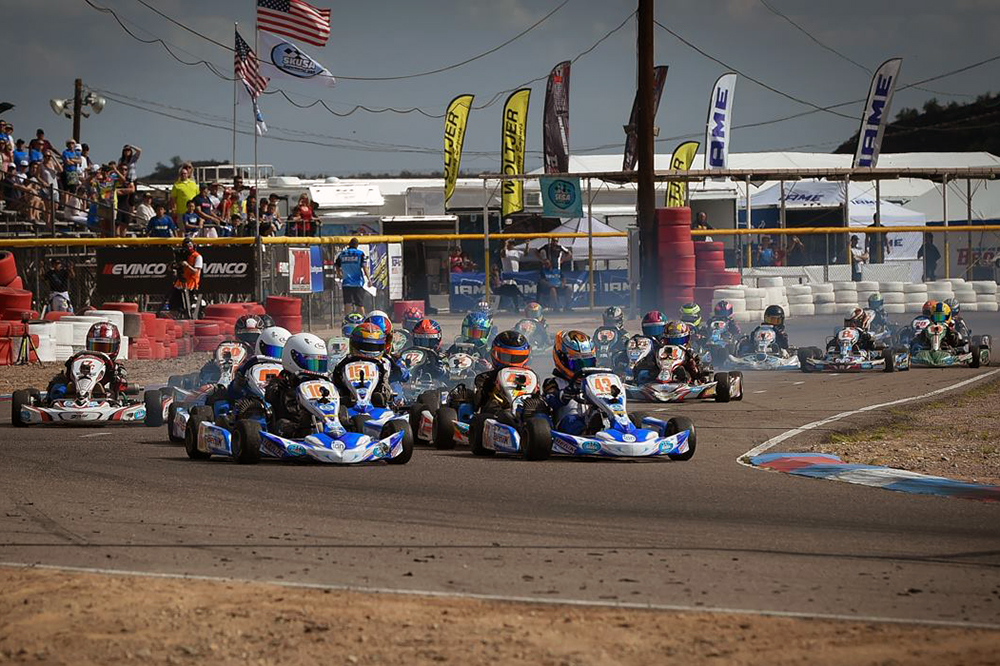 The 2018 Superkarts! USA Pro Tour is underway with the running of the WinterNationals on March 2-4 at the NOLA Motorsports Park in Avondale, Louisiana. The second edition of the WinterNationals featured 212 drivers in five IAME categories and four Honda divisions around the 1.1-mile karting course. The event kicked off the championship chases at the SKUSA Pro Tour, with two rounds in the six-round title chase completed. Teams and competitors are now turning their focus toward the next event on the SKUSA Pro Tour calendar, the SKUSA SpringNationals.

On Sunday, Superkarts! USA confirmed a change in location for the 2018 SpringNationals. Originally scheduled for the Simraceway Performance Karting Center in Sonoma, California, the May 4-6 event has been moved to the Phoenix Kart Racing Association facility in Glendale, Arizona. The ‘Formula K Raceway’ circuit is among the most challenging courses in North America, and site of the inaugural SKUSA ProMoto Tour event in 1999.

“I’m interested in supporting tracks that support what we do,” stated SKUSA President Tom Kutscher. “That’s the honest truth. We began our SKUSA Pro Tour in April 2010 in Sonoma, and brought it back last year with record numbers. Our goal was to break that mark in 2018; however, management has changed over the last few months at the facility. I did not feel comfortable not knowing if key pieces would be in place when we got there in May. I see no reason to bring the largest karting program in North America to a facility that is not interested in working with us today or in the future.”

The Phoenix Kart Racing Association has been part of the SKUSA Pro Tour three times in the eight years of the championship series (2012, 2015, and 2016). The last time Superkarts! USA visited the Glendale, AZ facility, a record 256 entries took part in the event and set a new all-time event entry record until it was broken last year at the SummerNationals (261). 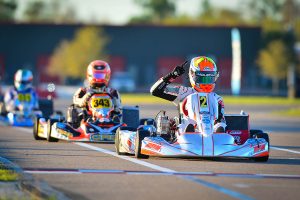 Jake Craig repeated as a winner in the X30 Senior division at the WinterNationals (Photo: On Track Promotions – otp.ca)

“The people at PKRA have always been strong supporters of SKUSA and willing to go the extra mile to welcome us year after year. I hate having to make this type of change just two months before the event, but felt it was the best decision. The move helps to cut down some travel time and costs to our teams in the east. Overall, it’s an easy destination in terms of travel for most competitors, and we should hit another record at PKRA.”

Exact event details, including registration, schedule, host hotels and other information regarding the 2018 SKUSA SpringNationals will be available in the ProTour section of the SKUSA website in the coming days.

The 2018 Superkarts! USA Pro Tour kicked off at the NOLA Motorsports Park with over 200 entries on the March 2-4 weekend. The weekend welcomed 10 first-time winners at the Pro Tour in their respective categories. Among them was Christian Brooks and Austin Garrison in the headline categories. Brooks conquered the PSL Karting X30 Senior field on Sunday after defending race winner Jake Craig earned his second victory on Saturday. Garrison, the 2014 S2 champion, made his debut in the Musgrave Racing Company S1 Pro Stock Honda division on the weekend, slipping onto the top step of the podium on Saturday, while AJ Myers dominated Sunday for his third career victory. Pedro Lopes doubled up in the win column as the rookie in the 3G Kart Racing S2 Semi-Pro Stock Honda category swept the weekend. 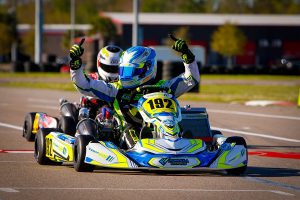 Austin Garrison was among the first time winners at this year’s SKUSA WinterNationals, scoring the victory in S1 Pro (Photo: On Track Promotions – otp.ca)

Matheus Morgatto and Tyler Gonzalez each took a victory on the weekend in the Rolison Performance Group X30 Junior class, their first on the SKUSA Pro Tour. Jeremy Fletcher was able to score victory on Saturday in the Nash Motorsportz Mini Swift division while defending champion Carson Morgan won his third career main event on Sunday. Woltjer Racing Engines Micro Swift saw Caleb Gafrarar and Ben Maier both win in photo finishes. Maier’s victory came in a three-wide photo finish, separated by just 33 thousandths of a second, setting a new SKUSA Pro Tour record. Daily race reports can be found at the SKUSA Pro Tour section of the website.

Regional racing is the focus for the next two months in Superkarts! USA competition. The Texas ProKart Challenge begins its 2018 season with the opening round of their championship chase, set for March 24-25 at the Speedsportz Racing Park in New Caney, Texas. The California ProKart Challenge resumes with its second event of 2018, returning to the Streets of Willow road course in Rosamond, California on March 30-31.