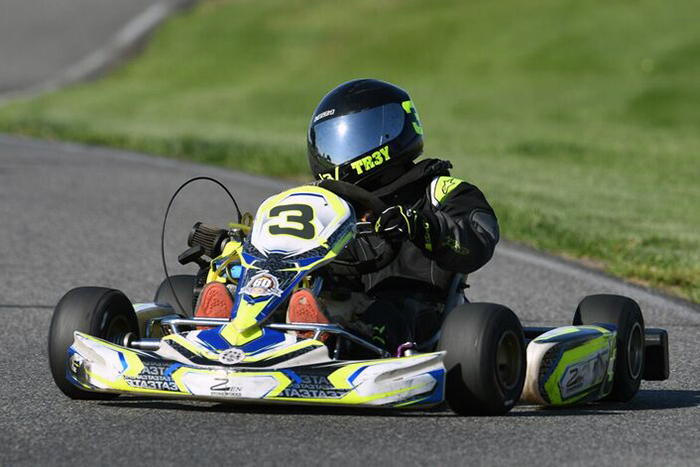 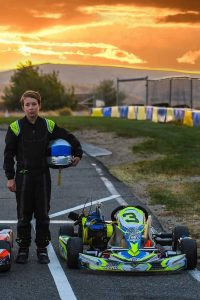 It has been three straight years an Arnzen has finished the season as champion in the Briggs Junior 1 category at the Tri-City Kart Club. Daytona Arnzen set the pace throughout the 2015 with brother Tr3y right there. In 2016, Tr3y took over and hasn’t looked back. Arnzen seven of eight a year ago to earn the club championship. It was a repeat in 2017, matching the win total for a second straight championship. The only race he did not win was due to a clutch failure causing a DNF. With the Tri-City Kart Club joining the Briggs Weekly Racing Series for the first year, this was the debut season for Arnzen in the program, securing the number one spot for the first time.

Tr3y followed in his older sister’s Daytona karting footsteps, getting his start in karting at 5-years-old, racing a Birel Kid Kart at TCKC. Tr3y has won a total of five track championships in Kid Kart, Micro Max, Mini Max and Briggs 206 competition. Racing at Tri-City Kart Club is a challenge for Arnzen and his family. Living in Lewiston, Idaho, getting to the track is a three-hour trip each way to Richland, Washington.

“It is one of the premier tracks in the Pacific Northwest. It is ran by a group of volunteers but you would not know they were volunteers from the way they do things. It is ran very professionally and that is what draws people from all around the Northwest and creates large classes, especially in the Briggs 206 categories. The low engine upkeep and costs help families spend the money on racing expenses to travel to more races and compete in more events rather than spending the money on changing engine rules and rebuilds. It is also an amazing class because all the engines are equal and allows a drivers skills and chassis setup shine versus racing the largest checkbook the could buy the best motors as we have done in some of our previous classes.”

Tr3y has been successful on the regional level as well, including wins at the IKF Region 6 event at TCKC, and earning the Briggs 206 Cadet championship at the Can-Am Karting Challenge. Another big win came at the Saturday Night Shootout at TCKC (one of the largest races in the Northwest) for a second year in a row.

Tr3y has a lot of help and support with his karting. He would like to thank TCKC track president Craig Chiesa and the TCKC BOD that put in countless hours of their own time to make the track the best around. He would also like to thank Briggs & Stratton for putting out an amazing prize package for a great program like the weekly racing series. Dustin Chiesa for his time and effort in helping with driving, kart setup and wrenching in the pits and Byron Coffelt for always making sure he had his Briggs & Stratton motor is working at its peak level.

Arnzen is going to continue racing the Briggs 206 at the Tri-City Kart Club in 2018, along with regional racing in addition to competing in Legend Cars at Stateline Speedway.