Winning Weekend for Benik Kart at Opening Round of 2018 Superkarts! USA Pro Tour

BENIK Karts littered amongst top-five in Micro and Mini Swift 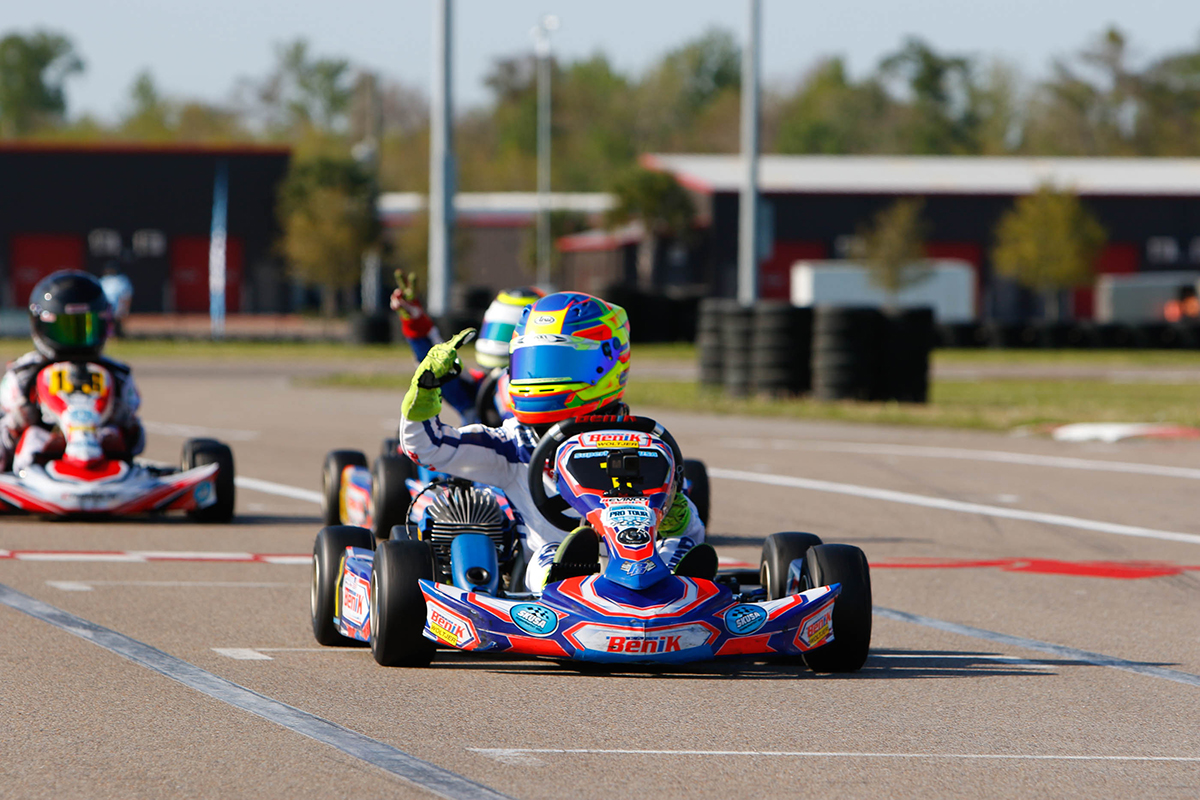 It was another winning weekend for Fort Lauderdale, Florida based Team BENIK claiming race wins and podium results at the opening round of the Superkarts! USA (SKUSA) Pro Tour. Taking place at the NOLA Motorsports Park in Avondale, Louisiana, Carson Morgan topped the blocks during the IAME Mini Swift final on Sunday while Anderson Leonard made it a 1-2 finish for the popular brand.

With unofficial practice taking place on Friday, wheel-to-wheel competition commenced Saturday after the conclusion of qualifying. In the Mini Swift class, Morgan led the BENIK crew to the prefinal victory while Kai Sorensen and Leonard crossed the stripe fifth and sixth. In the main event, Morgan would stand on the podium with a solid third place effort while Leonard put two BENIKs in the top-five with his fifth place result. In the Micro Swift category, Max Garcia progressed through the qualifying and prefinal segments of the day, continually showing his speed and adding another podium for the BENIK brand with a second place result while competing under the KartSport North America banner.

Back to the track on Sunday, Team BENIK garnered another victory, as Carson Morgan was once again the dominant driver in Mini Swift. Taking the prefinal and main event wins, Morgan began his SKUSA Pro Tour title defense in fine form. Leonard claimed the fourth position in the prefinal but improved to the second step of the podium in the main event to make it a 1-2 finish for Team BENIK. Max Garcia once again held his own in the Micro Swift category securing his second podium result of the weekend with a second place finish.

“It was a great weekend for us in New Orleans,” explained Team BENIK’s Nick Mitchell. “Our 2018 chassis is showing the speed and consistency on the national level with four of them in the top-eight in Sunday’s Mini Swift final. Big congratulations to Carson, Anderson and Max on their podium results. On to the next one.”

Next on the docket for Team BENIK will be the third and final round of the ROK Cup Promotions Florida Winter Tour taking place March 16-18 at the Orlando Kart Center in Orlando, Florida.

For more information on BENIK, please contact Nick Mitchell or Ben Cruttenden via e-mail to Info@Benik-Kart.com or by phone at 754.206.4870.