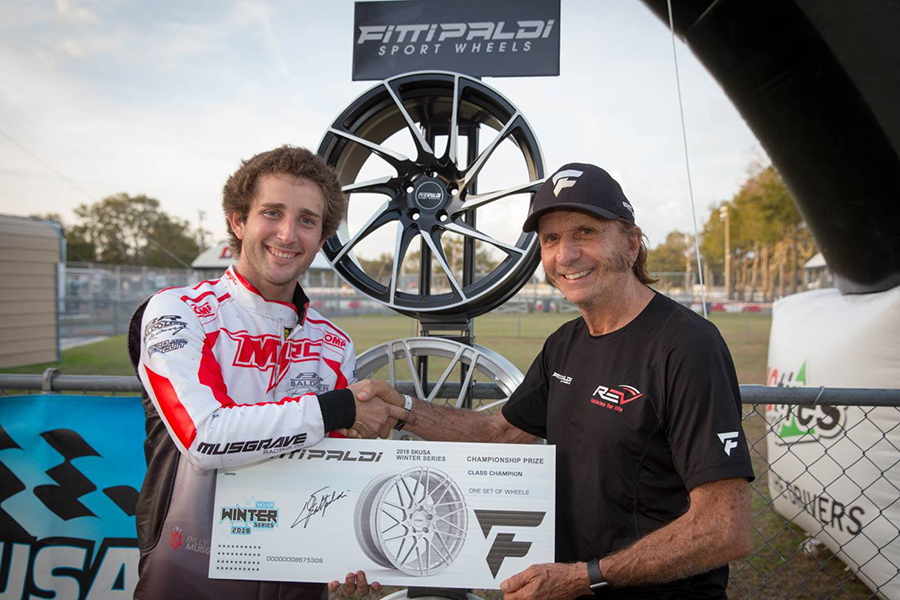 The 2018 season is one of expansion for Superkarts! USA, with the California-based organization reaching across the entire country in a return to its roots. Florida was the beginning grounds for the vision of SKUSA with former owner Don Janowski. Now SKUSA owner/CEO Tom Kutscher was able to rekindle the presence of the organization with the launch of the SKUSA Winter Series. What began with the inaugural event at the AMR Homestead-Miami Motorplex presented by MG Tires in January, completed with the final two rounds of competition at the Ocala Gran Prix in February.

The prize package was solid for all categories, with plenty of opportunity to enjoy more racing throughout the 2018 season. The IAME divisions, except for Micro Swift, competed for the grand prize of a ticket to compete at the IAME International Final in Le Mans, France. A unique opportunity was given throughout all of the championships, with drivers able to select their prizes in order of their finishing position. Champions in IAME and Stock Honda categories were given the opportunity to select their prize, including a full season of racing at the SKUSA Pro Tour, free entry to SKUSA SuperNationals 22, or a free season at the California ProKart Challenge. The champions in the X30 Senior and S1 classes were also provided a set of Fittipaldi Wheels. Formula One and IndyCar champion Emerson Fittipaldi was on hand in Ocala to provide both champions with their prize. 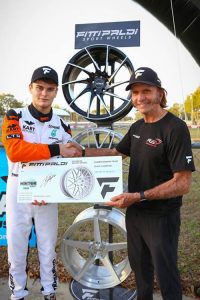 Lorenzo Travisanutto gained redemption from his lost SuperNationals victory with the inaugural SKUSA Winter Series title in the PSL Karting X30 Senior division. The Italian was able to score two victories en route to securing the championship. Europe went 1-2 with Callum Bradshaw earning the second spot in the standings. The Brit stood on the podium three straight times, placing top-five in all four main events. Two-time defending SKUSA Pro Tour champion Ryan Norberg had two of his own podium finishes, including a stellar driver in Ocala to move himself into the third spot in the standings.

The fight in the Rolison Performance Group X30 Junior category went back and forth, round by round. Sebastian Montoya began the chase with a near perfect score in Round One. Issues for him the next day allowed Arias Deukmedjian to score the win and Tyler Gonzalez the point lead. Montoya struck his second victory during Saturday in Ocala, and managed to finish third on Sunday to secure his first SKUSA championship. Gonzalez was able to bounce back from a DNF on Saturday, placing runner-up in the Final to earn the second step of the championship podium. Deukmedjian finished third in the title chase.

2016 SKUSA SuperNationals winner Renato David was the top driver throughout the two weekends in Franklin Motorsports X30 Master. The Brazilian finished inside the top two positions in all four main events, securing two wins en route to the inaugural series championship. Taking the vice-champion position was Derek Wang. The two-time SKUSA Pro Tour champion scored victory at Homestead, placing on the podium two more times but came up short in the title chase. Florida driver Scott Roberts was the third different winner of the program, sweeping the final round in Ocala to move himself up into the third step of the championship podium.

Brent Crews is looking to earn a second straight victory at the IAME International Final, thanks to earning a ticket back to Le Mans, France. Crews came away from Ocala as the Late Apex Kartworks Mini Swift champion. After a rocky start, Crews ripped off two runner-up results, clinching the championship with a third-place finish Sunday in Ocala. The title was nearly Carson Morgan’s on Sunday. A penalty in the Pre-final cost him the win and 50 points. The 2017 SKUSA Pro Tour champion gave a valiant effort, earning a second victory but came up short in the title chase. Florida driver James Egozi came away with the third position in the standings. 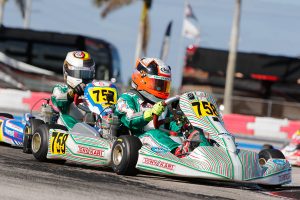 A victory on Sunday in Ocala helped to clinch the Energy Kart North America Micro Swift championship for Ben Maier. The Maryland driver won on Sunday in Homestead, and matched that in February to give him his first SKUSA title. Round Three winner Parker DeLong came away with the second spot in the championship, while three podiums put Caleb Gafrarar third in the standings.

The fight in the Orsolon Racing S2 Semi-Pro Stock Honda division went down to the wire. Rory van der Steur opened up the program with the inaugural victory. After a tough outing in Round Two, Rory bounced back with a runner-up to begin Ocala. A perfect score in Round Four helped secure the championship. Two-time winner Collin Daley slipped down to second in the standings, while Brazilian Pedro Lopes completed the championship podium in his Stock Honda debut. 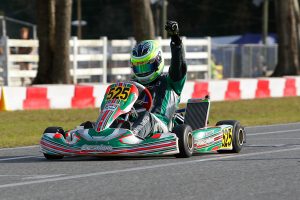 Briggs & Stratton racing entered the Superkarts! USA organization for the first time on the national scene, welcoming two classes in one race group to the Winter Series. The RYSA Racing Briggs 206 Senior category was dominated all series by Colin Warren. The Florida driver defended his home turf by sweeping all on track sessions to go undefeated in the series. Fellow Floridian Saverio Depinto ended up second to Warren in the final point standings, with Alex Murphy in the third spot. The RYSA Racing Briggs 206 Master class was won by Canadian Eli Yanko. A winner of two main events and runner-up in the other two provided him with the most points. Marc Julien was second, with Dan Breitenstein completing the championship podium. 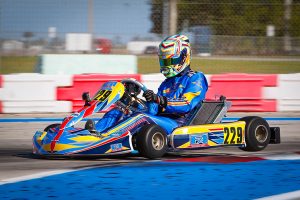 Those drivers selecting the IAME International Final tickets to be part of Team SKUSA are Lorenzo Travisanutto (X30 Senior), Arias Deukmedjian (X30 Junior), Renato David (X30 Master) and Brent Crews (Mini Swift). Each of the four drivers will be outfitted with SKUSA apparel and an arrive-and-drive package for the event, representing the organization this October when racers from all around the world are welcomed in Le Mans, France.

The shift now focuses from the ‘spring training’ program to the Superkarts! USA Pro Tour, with three unique events set to determine the 2018 champions. Many of the title winners and top performers from the SKUSA Winter Series will be among those in contention, along with what is expected to be record numbers throughout the season. The opening event is the SKUSA WinterNationals at the NOLA Motorsports Park in Avondale, Louisiana on March 2-4. Registration remains open until Midnight on February 25 at MotorsportsReg.com. Full event details can be found at the SKUSA Pro Tour section of the website.