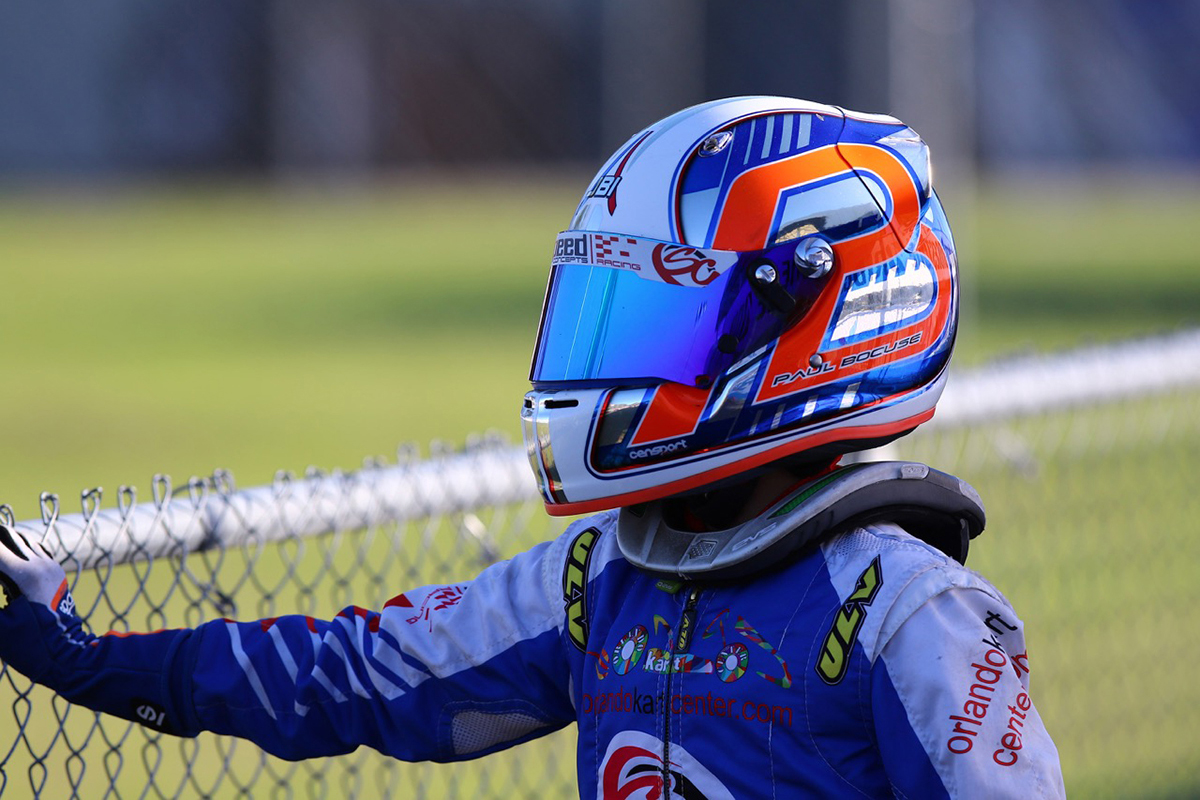 In the third and final consecutive weekend of racing at the pristine Ocala Gran Prix (OGP) facility, Speed Concepts Racing (SCR) was once again at the front of the field. Entering a trio of drivers in both the Vortex ROK Mini ROK and ROK Junior classes, six fierce competitors would have their sights set towards the top step of the podium.

“Every one of the Speed Concepts Racing drivers had a top-ten result in a heat race,” explained Mike Speed, Owner of the elite level karting program. “The ROK program is one of the most competitive worldwide programs and to have six drivers finish in the top-ten at some point throughout their on track competition says something about our program.”

Missing all of practice and showing up just in time for qualifying due to his schooling, Arias Deukmedjian qualified in the 12th position before having three impressive heat race finishes in third, fifth and fourth. Round one winner Tyler Gonzalez qualified his Speed Concepts Tony Kart in the fifth position before winning his first heat on Friday afternoon, then added a pair of third place results in heats two and three. Cole Morgan started his heats from deep in the field and had an impressive run in heat two to score a solid ninth place finish.

Sunday saw mixed results for the SCR junior competitors as Deukmedjian drove forward from his seventeenth place prefinal starting position to finish second. Gonzalez added a fifth place result while Cole Morgan advanced forward ten positions. Deukmedjian and Morgan maintained or improved their positions in the main event to cross the stripe in second and 17th respectively while Gonzalez will look towards the third round of the series to get back on the podium.

In the Vortex Mini ROK class, Alex Powell led the way early but Paul Bocuse scored the best result on Sunday. Powell turned his qualifying effort into second, fourth and second place results in the three heat races before adding another fourth place finish in the prefinal. Noah Baker showed tremendous speed and growth throughout the weekend claiming three top-ten heat race finishes including a fourth and fifth in heats one and three. Paul Bocuse did not turn a lap in qualifying and was forced to start shotgun in all three of his heat races driving forward to a pair of top-ten results.

In Sunday’s main event, Bocuse continued his march forward. Finishing 16th in the prefinal, Bocuse narrowly missed a podium in the weekend’s main event with an impressive fourth place result. Powell and Baker had some early race contact that forced them outside the top-ten. Baker would have a tremendous drive catching the field and making lap after lap passes to close his weekend. All three Mini ROK drivers will now shift their focus to the next event.