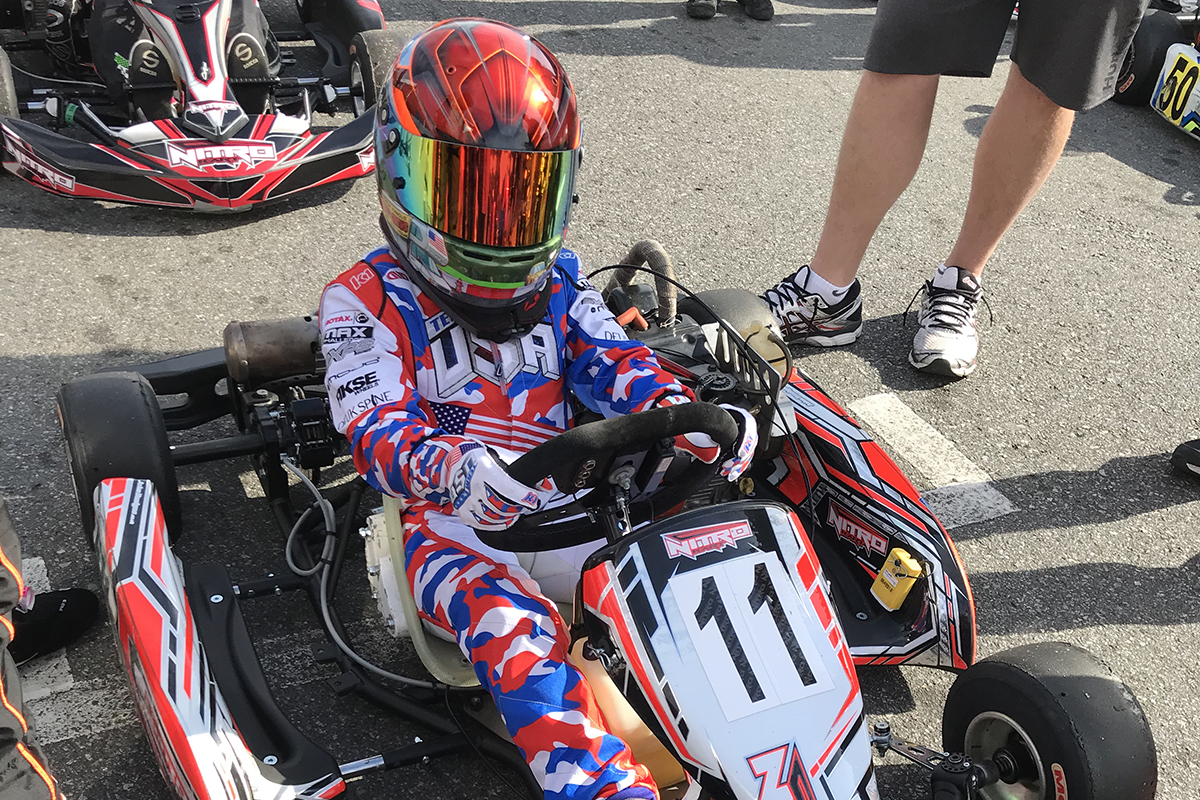 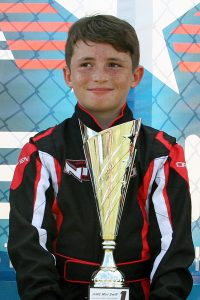 One of the top Cadet drivers in the nation, if not the world is among those enjoying the Briggs 206 program at the local level. Brent Crews had a stellar 2017 season, earning a USPKS championship, and winning at the IAME International Final in Le Mans, France. The cherry on top was his club level achievement at the famed GoPro Motorplex in Mooresville, North Carolina.

Crews ran double duty throughout the year, racing in the Briggs Cadet division along with the IAME Swift class. Brent went on to win six times in Briggs competition, along with two runner-up finishes in 11 races to secure the club championship. In IAME, Crews added eight victories and two more runner-up results toward a second championship at GoPro.

“The races here are really hard to win. There are a lot of kids that might not be so fast at other tracks we race at but at GoPro they are dialed in. Most races came down to what happened in the last corner on the last lap.”

The uniqueness about Crews racing in the Briggs Cadet division was the special left-side engine chassis from Nitro Kart. “We started out the season grabbing an Briggs engine off the shelf in the shop and fitted it with a jackshaft on a regular Nitro Kart for the first four races of the year. Nitro Kart then came out with the new kart about the midpoint of 2017 and we love it.”

Crews will be stepping away from competing at the local level in 2018, focused on a national and international schedule. Recently, he earned the SKUSA Winter Series championship and will return to France this October to defend his IAME International Final title. Brent continues to compete in Outlaw karts at Millbridge Speedway during weeks he is home.