Back to back podium winning weekends for Floridian 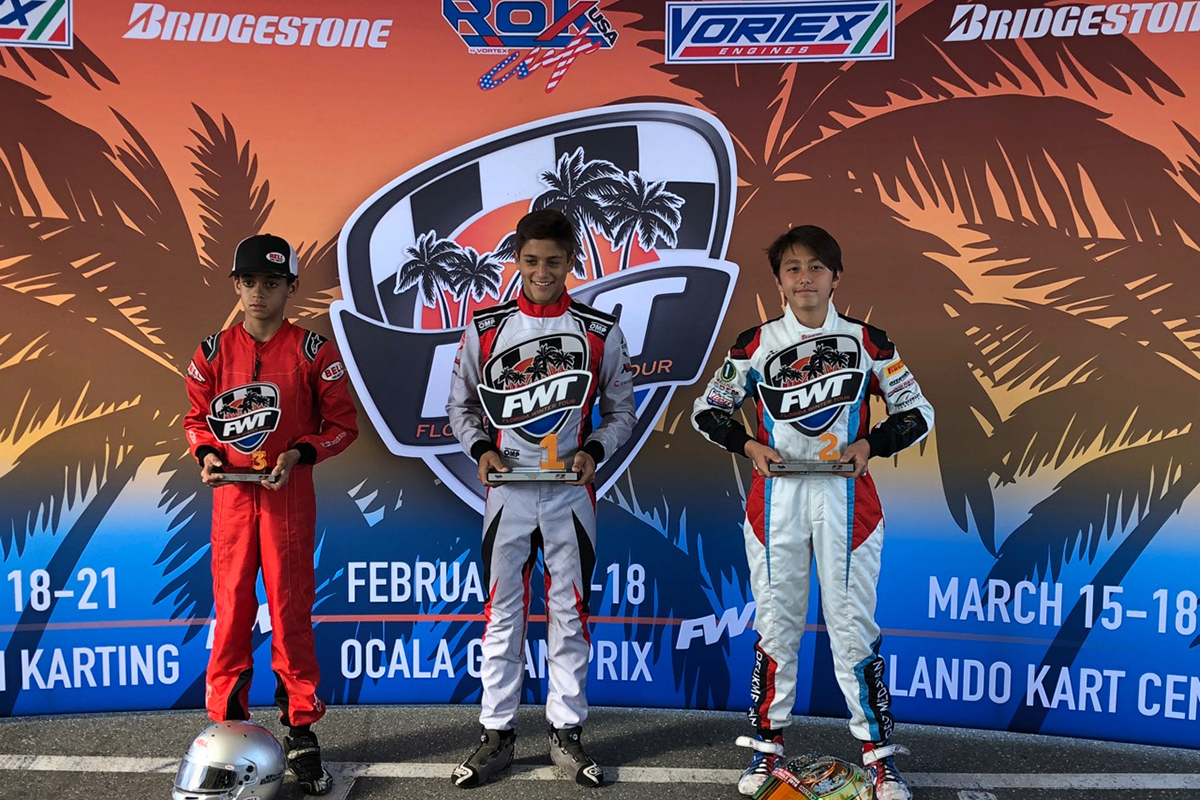 Arias Deukmedjian claims his second podium result in as many weeks (Photo: www.AriasDeukmedjian.com)

Entering his first ROK Cup USA Florida Winter Tour event of his 2018 season, Arias Deukmedjian found himself in a familiar position at the end of the weekend. Climbing up the running order from his 12th place qualifying position, the Asian American driver was able to land on the podium when the final checkered flag flew on Sunday afternoon at Ocala Gran Prix.

“I chose to skip all practice sessions leading into the weekend to spend some extra days at school,” expressed the Holy Trinity Episcopal Academy student. “I arrived Friday just before the qualifying session and was able to turn the quickest time in the first qualifying group which slotted me into row six. From that point forward and throughout the weekend, it was all about racing and progressing to try and put myself in position for the win on Sunday.”

With one heat race on the docket on Friday, the honor roll student started his wheel-to-wheel action in fine form with a third place result in his first of three heat races. Saturday saw another pair of heats and Deukmedjian proved his consistent results with fifth and fourth place finishes. After the points were calculated through the heat race flight format, the Merritt Island, Florida resident would begin his prefinal from the seventh position.

Arias continued, “I did not have the fastest kart on track but I was able to take advantage of some situations and advance up the running order.”

Taking the green flag and mounting a charge early to take the lead, Deukmedjian maintained his second place starting position throughout the final to stand on the podium.

“I would like to thank Deuk Spine Institute, my family and Speed Concepts Racing for their help, hard work and support,” added the multi-talented driver. “I can’t wait until my next event which is only two weeks away and I look forward to that as well as some exciting news to come within the week.”