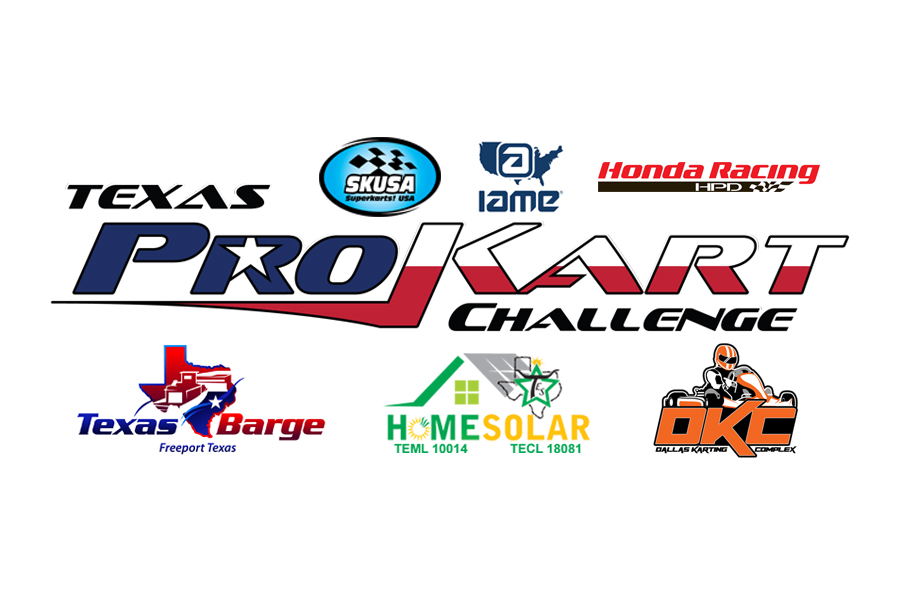 The 2018 season marks the seventh year of the SKUSA Texas ProKart Challenge. After six seasons of both SKUSA and Rotax competition, last year was one of adjustment, and the series streamlined their program around the Superkarts! USA platform with a pure center on the IAME and Honda categories. The move to align under the SKUSA banner helped bring together many of the same national officials you see at the SKUSA Pro Tour working at the Texas PKC program, both on and off the track to provide the most professional and fair regional program in the United States. Add in taking racers to the best facilities that the Lone Star State has to offer. The upcoming championship features the same focus with a calculated adjustment to six rounds of racing over four weekends, again featuring some of the top drivers in the country. 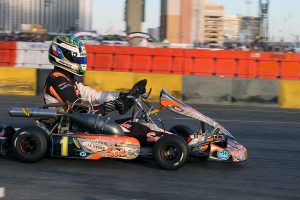 The SKUSA Texas ProKart Challenge is well known for making champions and preparing drivers to climb the ladder to compete at the top level of the sport. Texas PKC drivers earned three SKUSA Pro Tour titles in 2017 (Jake French, Riley Dickinson, and Jordon Musser), along with three victories at the SKUSA SuperNationals 21 in Las Vegas (Jak Crawford, Mike Jones, and Ryan Kinnear).  The high level of competition should be a draw to all drivers, as racing against the best is the ideal way to improve.

“We are extremely excited about the 2018 season,” stated Gina French of the SKUSA Texas ProKart Challenge. “The quality of drivers continues to grow within our series and they are then able to branch out and earn success on the national level. Not only are they earning victories and championships, our drivers were among the best in the eKartingNews.com Driver Rankings to end the 2017 season. We enjoyed so much momentum throughout last season and we’re really optimistic that this year will be the biggest in the history of the series. We look forward to seeing everyone at Speedsportz at the end of March!”

Transitioning to the new season, the SKUSA Texas ProKart Challenge will run a unique six-round championship over the course of four events that has been designed to limit missed school and work days. The opening event of the series will be held at Speedsportz Racing Park in New Caney and will feature a two-day, one-round event over Saturday and Sunday. Saturday will feature practice ahead of wheel-to-wheel racing on Sunday. The series will then move to a doubleheader special – running Thursday, Friday, Saturday night – in early June at the North Texas Karters facility. In July, teams head back to the Amarillo Kart Circuit in west Texas for another doubleheader weekend. This doubleheader race is going to be massive and could become an unofficial showdown between drivers from the different SKUSA ProKart Challenge regional series. The sixth and final round is scheduled for September at the Dallas Karting Complex, again running with Saturday practice and Sunday racing. To celebrate the 2018 SKUSA Texas ProKart Challenge, the series is hosting the Year End Celebration at the Circuit of The Americas in October with a full day of exciting activities followed by a social hour and championship award presentations.

“Our goal with the 2018 SKUSA Texas ProKart Challenge is to provide the most racing possible while at the same time helping to keep costs down for the competitors,” continued French. “Our single-race and double-race weekend formats allow students to stay in school and for parents not to have to take an extra day of vacation to drive to the racetrack. We’re excited that the four facilities we will be at this year all have a uniqueness about them. Speedsportz is our new gem here in Texas, while the night race at Denton will bring many back to their roots in the sport. Amarillo is amazing and we expect racers from the west coast and east coast to come down for the doubleheader. Then we close it out in style at DKC, which has hosted its share of major national events. Our awards banquet this year will be like no other in the country. It will be a day Texas PKC competitors and families won’t forget at the prestigious Formula 1 facility COTA.” 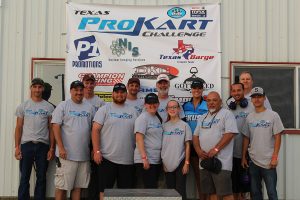 SKUSA Texas ProKart Challenge is bringing in the official voice of Superkarts! USA for the 2018 season. eKartingNews.com owner/publisher Rob Howden will provide the play-by-play at all four events, streaming his race call through the EKN Live page of the website, which will then be archived for airing on the EKN Radio Network. Howden’s attendance will bring a strong media presence for the series, with constant promotion of the Texas PKC program through the EKN social media network as well as the weekend race reports that will be published.

One unique aspect for the SKUSA Texas ProKart Challenge is the SuperNationals prize package for the 2018 champions. Champions in the X30 Senior, X30 Junior, X30 Master and Mini Swift classes all receive guaranteed SuperSunday starting positions at the 2018 SKUSA SuperNationals 22. The Texas PKC will also offer three entry tickets to the 2018 SuperNationals, valued at $1,100 each including entry and tires, to three unique groups of champions; Cadet, IAME and Shifter.

SKUSA Texas ProKart Challenge is providing the opportunity for competitors to take advantage of the 2018 Series Loyalty Program (SLP). The SLP covers all six entry fees ($900) and driver pit passes ($120) at a reduced combined price of $750. All SLP competitors will also have the unique advantage of selecting their series race number first. All 2018 SLP competitors will be entered into a drawing for a free SLP in 2019. Congratulations to X30 Junior competitor Travis Wiley, who was selected as the winner for the 2018 SLP drawing and will earn a free SLP for this season. The SKUSA Texas ProKart Challenge SLP is available for purchase until March 23 at msreg.com/2018SLP

Make sure to watch the series website – texasprokartchallenge.com – for more information on the 2018 program, and to keep connected to the series, make sure to follow the SKUSA Texas ProKart Challenge on Facebook and Instagram.