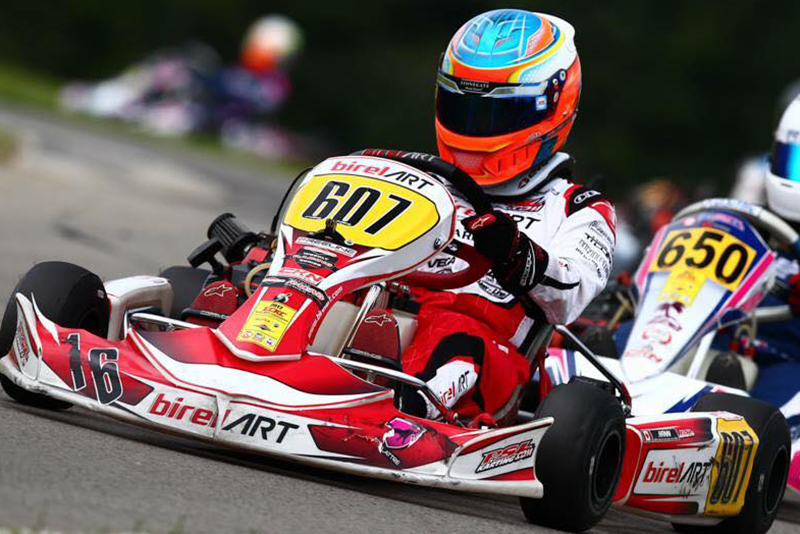 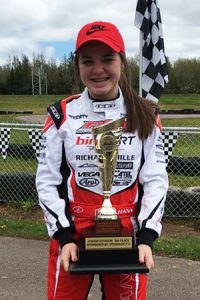 Karting reaches all corners of North America, including that of the United States and Canada. The Maritimes are Canada’s eastern provinces, which includes Nova Scotia, New Brunswick and Prince Edward Island. The Championship Karting Racing Association (CKRA) is based at the East Coast Karting facility, situated right alongside the Trans-Canada Highway outside Moncton, New Brunswick. That is where Nova Scotia resident Kelsey Hann got her start in the sport.

Hann’s very first kart came at the age of 9, back in 2012. It was a 2008 CRG cadet, and from that day she knew she had found her passion. After six years, she still calls the CKRA home and continues to be among the top Junior drivers at the club. In 2017, Hann won six of nine races, placing runner-up twice. It was those consistent finishes at the front against fields of 10 or more that helped to put Hann in the third spot of the Briggs WRS, up five spots from eighth in 2016. Kelsey also scored a solid result at the Canadian Karting Championship in August at the Mosport Karting facility, placing fourth in Briggs Junior.

“What brought me into racing the Briggs 206 engine package was the close and persistent racing atmosphere that the Briggs and Stratton factory sealed short-block engine offers. Easily my favorite aspect of racing at CKRA is the all the wonderful people I’ve met along the way. I’ve created so many amazing memories with all my fellow competitors and over the years we’ve all grown together into what I’m so happy to call my racing family!”

Hann has a busy 2018 season ahead. Her main goal is to compete at the Champion Ron Fellows Karting Challenge while also returning to the Canadian Karting Championships. Kelsey will remain competing at her home track of CKRA while also racing at select events in Quebec.