Challenge of the Americas Building Momentum Following Opening Event of 2018 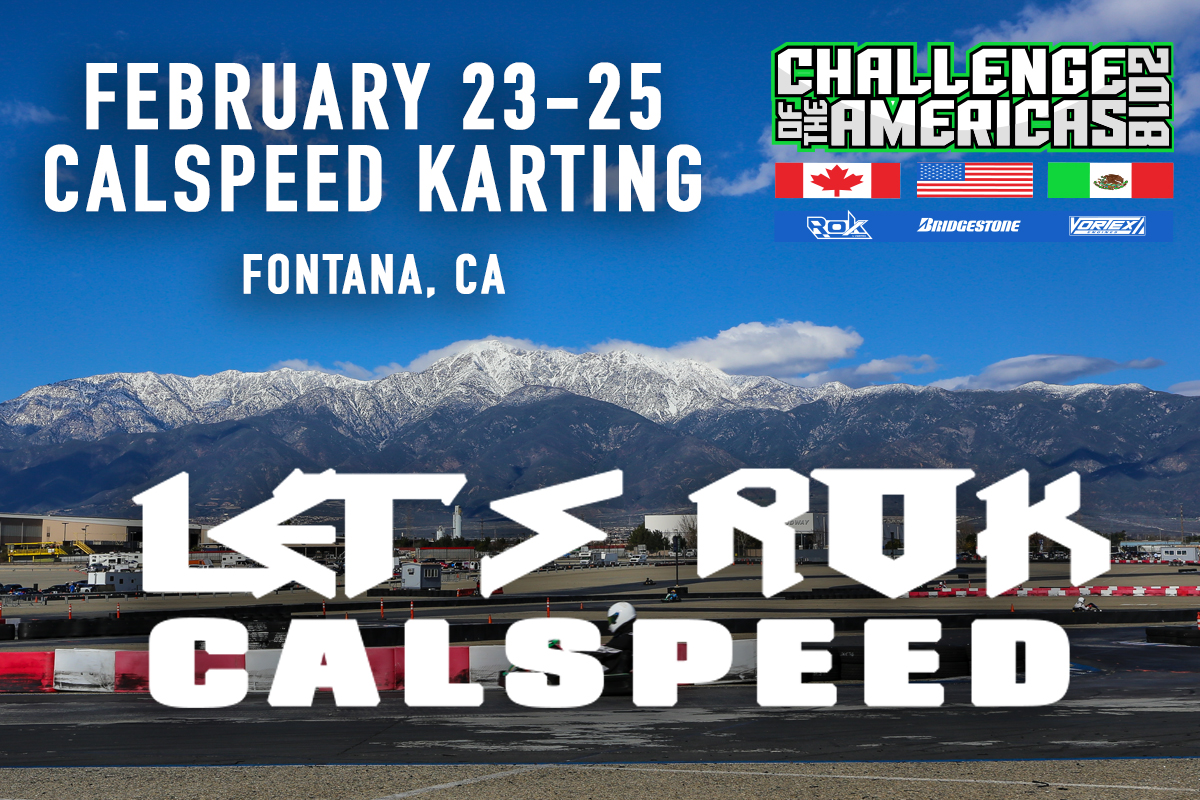 The new era for Challenge of the Americas is underway, thanks to the successful opening event of the 2018 season. A solid paddock of racers, teams, and industry members converged on the Phoenix Kart Racing Association on January 26-28 to begin the 11th season of the premier winter series on the left coast and welcome the Rok Cup USA engine platform. With over 80 drivers on hand, the focus is now to reach that elusive 100-mark for the second stop of 2018 Challenge, set for February 23-25 at the CalSpeed Karting Center in Fontana, California.

“I was really pleased with the numbers, the racers and teams that were in the paddock and of course the racing we had in Phoenix,” stated Challenge of the Americas promoter Andy Seesemann. “We had a goal for entries, and surpassed that, and now we can build on it further for the final two events. Our team did a phenomenal job as they always do, and that is exactly what racers can expect at all the Challenge events. Come race, have fun, and go home happy. That’s what everyone did in Phoenix. I am really looking forward to our event at CalSpeed and Sonoma.” 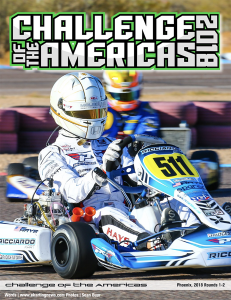 The second stop for Challenge of the Americas takes the program back to the CalSpeed facility outside the Auto Club Speedway in the metropolitan Los Angeles area. CalSpeed was part of the Challenge for five years, hosting the series finales in 2012 and 2013 before falling off the schedule. Now back after a four year hiatus, the ‘Grande’ circuit in the counter-clockwise direction is the layout for the three-day event. Registration is open now at the Challenge Registration link, with a deadline of February 15.

The CalSpeed facility will be providing track practice on Wednesday and Thursday prior to the Challenge weekend, with Tuesday, February 20 the earliest teams and competitors can move into the facility. No overnight camping is permitted at the CalSpeed facility, with a nightly curfew to be announced closer to the event. The host hotel for the weekend is the Ontario Gateway for $99 per night using the ‘Challenge of the Americas’ discount code. Limited rooms remain available until the February 15 deadline. More information is obtainable at the Challenge Event Page.

Thanks to the success at the opening event, the Vortex engine rental program is available for the CalSpeed weekend. Racers and teams can take advantage of the affordable offer in all of the Rok Cup categories.

A full recap including words from eKartingNews.com and images captured from series photographer Sean Buur during the weekend at the Phoenix Kart Racing Association facility have been put into the Event Magazine.

Complete information for the 2018 Challenge of the Americas is published at the NEW URL – challengekarting.com. More information, videos and photos can also be found on the Facebook page.