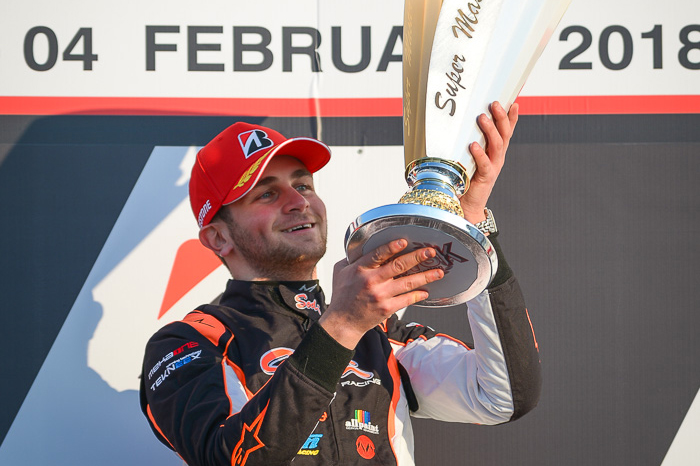 Already winner in his last race of 2017 in Spain, Alex Irlando has continued his winning streak for the opening of the international season. The Italian champion is the leader of KZ2 in the WSK Super Master Series after brilliantly winning the Adria Final. He is closely followed by the French hopeful Adrien Renaudin from the CPB Sport team. Sodi has started the development of its OK equipment in a very encouraging first run.

Sodikart is poised to succeed by constantly emphasising its grip on international competition. The quest for success embodied by the Sodi Racing Team is accompanied by an increasingly strong distribution of Sodi chassis in the world of racing. The performances speak for themselves in the industry and the reputation of the French brand continues to grow. Moreover, the collaboration with TM Racing effectively contributes to the good results for Sodi.

The Adria event was marked by very cold weather and insistent rain until Saturday night. The track dried out quickly on Sunday with a range of grip conditions, from one extreme to the other.

In the KZ2 category, the success of Alex Irlando is even more convincing considering that team-mate Anthony Abbasse was his rival along with the other formidable competitors. Starting from a distant 18th in Qualifying, Alex proved he could make a good comeback in the cold rain of Saturday. He had already reached 2nd place in the Prefinal on Sunday morning on a dry track before succeeding a with clear run at the front of the Final. Abbasse had a real triumph in the rain, but was hindered in the Final stages because of two spoiler penalties. He had also had a lot to contend with in the young Adrien Renaudin, as comfortable in the rain as in the sun. A tough opponent despite his short experience, Adrien demonstrated the potential of Sodi equipment as used by a private team like CPB Sport. Winner in the Prefinal, he took 3rd place on the last lap against Abbasse, then fighting for 2nd place. His team-mate Tom Leuillet had pulled off a superb pole position in the Qualifying sessions, but the progress of the meeting brought him many problems. At the same time, Jean Nomblot and Hugo Arnaud learned about international competition in KZ2 with a lot of enthusiasm.

The other focus of the weekend was the early development of the Sodikart OK with Tom Joyner and Vincent Fraisse driving. The Frenchman challenged the best in the rain, after the 6th fastest in Qualifying and winner of a qualifying heat, while the Briton, back after a long period of recuperation, moved up very effectively in the Final stages in the dry after meeting problems during Qualifying with a 53rd time. They finished in 15th and 16th positions in the competition with a very encouraging record and a wealth of lessons to be learned for the next race, the famous Winter Cup. The circuit of Lonato should also see a large number of Sodi chassis at the start.