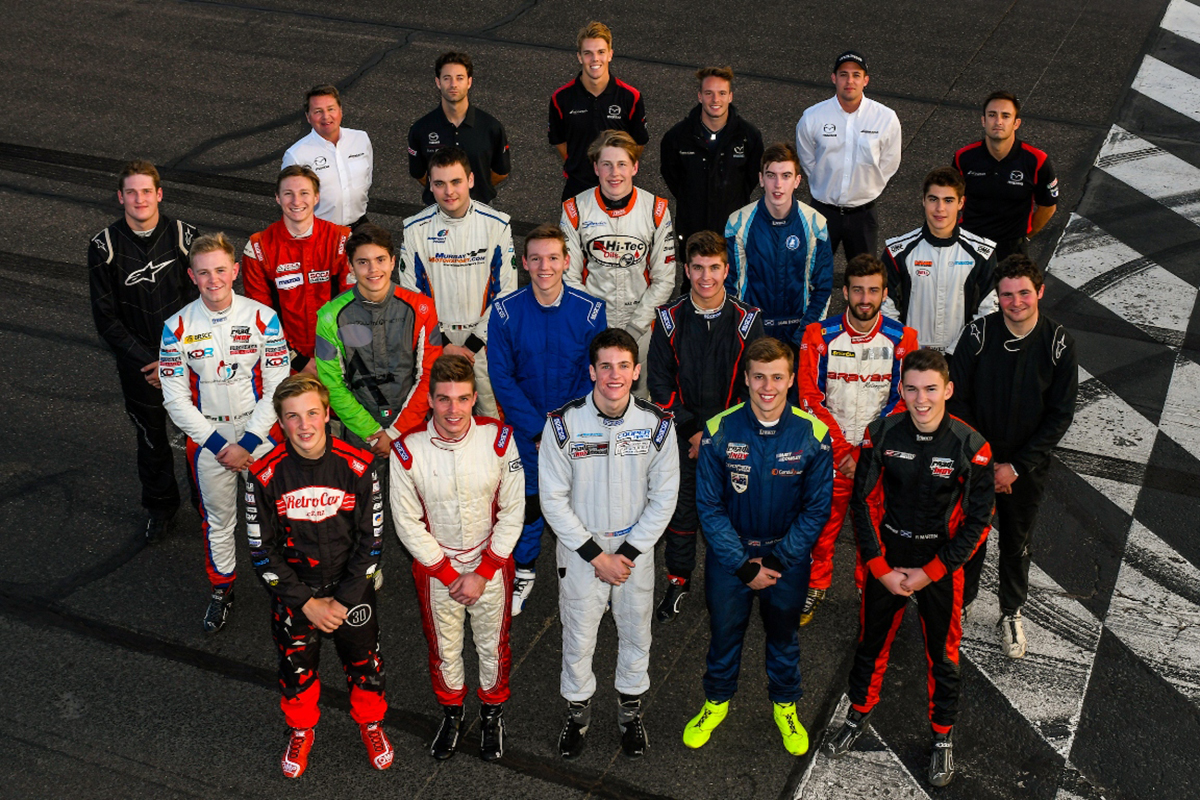 The Mazda Road to Indy USF2000 $200K Scholarship Shootout will continue for a third successive year in 2018, extending its reach to now include 11 countries where 20 champions of junior open-wheel and karting series from around the world will join together in the December event. Drivers between the ages of 14 and 25 by September 30 of this year will be eligible to earn an invitation to the competition via a network of Official Feeder Series in both North and South America as well as Europe, Asia, Australasia and, for the first time, the continent of Africa.

Well over 400 drivers will be chasing an entry ticket for a chance to vie for a $200,000 prize from Mazda to ensure entry into the 2019 Cooper Tires USF2000 Championship Powered by Mazda. USF2000 represents the first step on the unique and highly acclaimed Mazda Road to Indy Presented by Cooper Tires open-wheel development ladder, which offers the opportunity for drivers to progress all the way from the grassroots of the sport to the Verizon IndyCar Series and the Indianapolis 500.

The dates and location of the Scholarship Shootout will be confirmed later this year. The winner will secure an opportunity to follow in the footsteps of Ireland’s Keith Donegan, who will contest this year’s USF2000 season after claiming the Scholarship title last December, and Florida’s Oliver Askew, who won the shootout in 2016, went on to win last year’s USF2000 championship and, in 2018, will compete on the middle rung of the Mazda Road to Indy ladder, the Pro Mazda Championship Presented by Cooper Tires.

A total of 18 champions will earn an automatic entry to the shootout from the various Official Feeder Series, which in 2018 for the first time will include the NACAM Formula 4 Championship in Mexico, the South African Investchem Formula 1600 Championship and the Toyo Tires F1600 Championship in Canada.

“We are delighted to join the many championships from around the world as an Official Feeder Series to the Mazda Road to Indy Shootout program,” said Toyo Tires F1600 series coordinator Brian Graham.” What the Mazda Road to Indy has created with the scholarships is widely recognized as the best opportunity in open-wheel racing. The 2018 Toyo Tires F1600 Championship grid is building for the upcoming season and now there is even more to be excited about.”

Five series in the U.S. and Mexico will be on the radar for at-large entry tickets to the Shootout, issued at the discretion of Mazda. eKartingNews.com – the authority on the karting industry – will continue to select one up-and-coming karter as the recipient of a 2018 Shootout entry ticket.

“The level of interest in the Scholarship Shootout from around the world is incredible, and we are excited to welcome three new championships to the program,” said Kyle Kimball, manager of operations for Mazda Motorsports. “Last year we again witnessed an extraordinary amount of talent at the Shootout. We will be following all of the series throughout the year and look forward to welcoming their champions at season’s end.”

“Mazda’s way of thinking outside the box has produced a program that truly is unparalled in motorsports,” added Dan Andersen, Owner and CEO of Andersen Promotions. “To have 20 champions on the grid for the Shootout from series representing 11 countries shows that while we may be separated by many miles, we all have the same goal – to help young drivers climb their way to the top of the sport.”