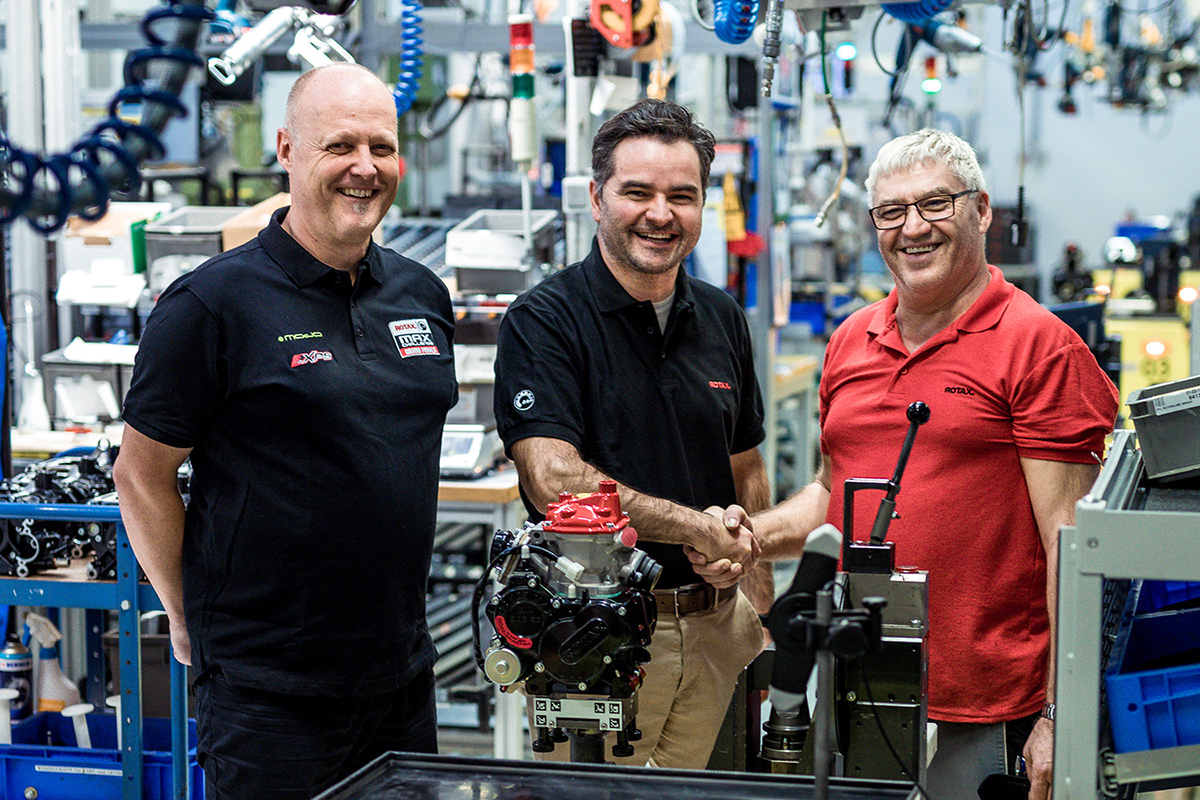 Helmut Voglsam, Stefan Gruber and Johann Hosner who was working at the kart assembly
line when the first Rotax MAX engine was produced and also when the 100,000th left the assembly line

“When we launched the Rotax 125 MAX karting engine in 1997, we launched a new engine concept based on our extensive experience of 2-stroke technology for recreational applications. Using the Rotax 125 MAX engine allowed the driver to spend more time on the track and less time in the pits”, said Peter Oelsinger, vice-president Rotax Propulsion Systems and Finance.

Compared to existing engines of that time the durability and the ease of use with the onboard electric starter in combination with the centrifugal clutch and a carburetor with fixed jets was significantly improved and attracted the kart drivers. The rapidly increasing engine sales confirmed that the new engine concept met the requirements of the market. Rotax engines won the most kart racing titles – and still leads the list of overall championship titles.

“We already provide the best karting engine in terms of equal opportunities, reliability, cost of ownership to our customers as well as a concept for the Rotax racing community that stands for consistency and same opportunities for everybody. Be assured we will not stop here”, said Oelsinger.

The Rotax MAX Challenge (RMC) is a professional kart racing series established, owned and organized by BRP and its Rotax kart engine distributors. Approved by and in compliance with CIK / FIA, the RMC is a “one-make-engine” formula: only Rotax kart engines that are checked and sealed (for equal performance) will be used. With an equal technical playing field, the success in the competition is primarily dependent on the skills of the driver.

With 43 authorized distributors and a network of more than 700 authorized service centres and dealers, BRP supports its customers worldwide.