Birel ART: On the Road to Success 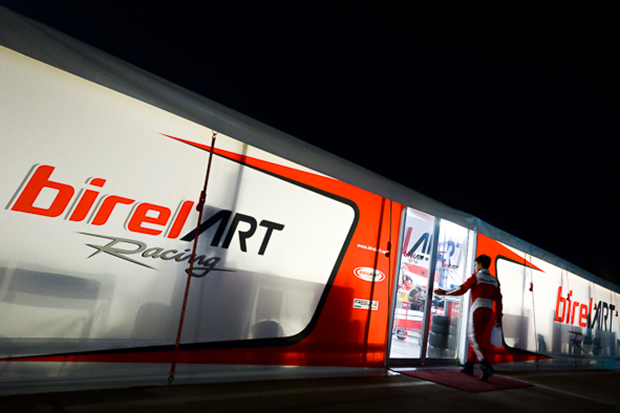 Every member of Birel ART team looked forward to the first major international event of the season to verify the decisions made during the offseason and the competitiveness of the new chassis recently homologated by the CIK-FIA. The debut of the multiple World Champion Davide Forè went as expected and the Italian team has drawn a very positive assessment in terms of performance during the WSK Champions Cup at the Adria Karting Raceway.

No less than 12 drivers were entered under the banner “Birel ART Racing” at the WSK Champions Cup, proof of the interest currently inspired by the Lissone brand. In the Adria paddock, the official awning was full and, on the track, the Birel ART colours frequently stood out at the forefront.

Top 5 already for Pizzi
In OK-Junior, Italian Francesco Pizzi was impressive in the Final, gaining six places and finishing 5th. During his recovery, his fastest lap in the race was faster than the drivers ranked ahead of him! The Dutchman Thomas Dijkstra progressed throughout the three days: 46th in Qualifying and 22nd in the Final out of 76 participants. As for the Italian Lorenzo Ressico d’Aloisio, he lapped in Pizzi’s times in Qualifying, but missed his place in the Final because of a spoiler penalty.

6 out of 6 in OK
Birel ART was the second best represented brand in OK and the six drivers with the famous Italian chassis and TM Racing engines all reached the Final. “The races sometimes lacked fairness in the middle of the pack,” remarked Davide Forè, the new team manager. “It has often complicated the progress of our drivers. However, I would like to highlight the solid performance of Luigi Coluccio, the beautiful 3rd place in a heat for Marijn Kremers who needs regain his experience at the wheel of a non-gearbox kart, as well as the progress made by their teammates during the weekend.”

From DTM to WSK with Birel ART
At Adria, Lucas Auer said that he has taken incredible pleasure in the WSK Champions Cup within the Birel ART team in the KZ2 category, to the point of wishing to repeat the experience as soon as possible. The Austrian driver is familiar, as he intends to fight for the DTM title this season at the wheel of his Mercedes. In the meantime, he was able to enjoy the feeling of competition and refine his fitness at the wheel of his Birel ART-TM. Delayed by an incident on the first lap, Lucas Auer then moved up to 15th position.

Finally, in 60 Mini, a spoiler penalty deprived Francesco Amendola of a place in the Final, in which Andrea Filaferro brilliantly reached 12th position out of 91 entries.

Davide Forè: A real asset for Birel ART
In 2018 a personality of choice has arrived to strengthen the Birel ART team directed by Ronni Sala. A quadruple World Champion and several times winner of the World Cup, Davide Forè has taken up his duties as team manager. His experience, his coaching skills and his technical background will be invaluable during this season, especially for the younger drivers.

“I was looking forward to seeing the team in race conditions,” said Davide. “At Adria, I got to know our drivers and I can say that the work was not lacking. Firstly, I am very satisfied with the technical potential of the equipment. There are still some details to put in place, some drivers still lack consistency and experience, but I’m sure the results will arrive very quickly.”