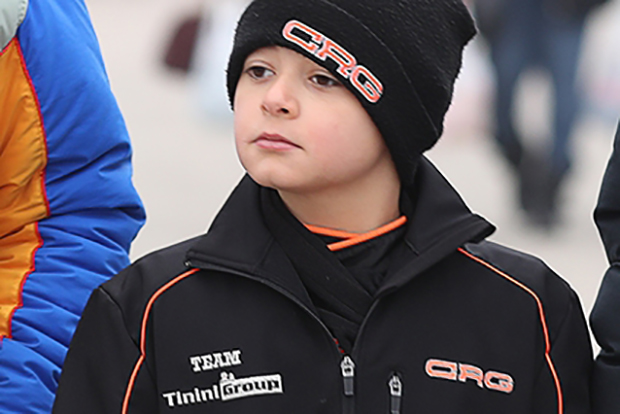 After the excellent results in 60 Mini with the Gamoto team, the young Sicilian driver was promoted in the official team in OK Junior, where he debuted at the WSK Champions Cup in a very positive way.

CRG has always paid attention to young deserving drivers and, since several seasons, it created a young program in close collaboration with the Gamoto team, a high level and educational structure, where many drivers make their first steps in karting in the Mini class.

This path was followed by many drivers, that became CRG officials afterwards, as the Norwegian Dennis Hauger, who entered the Red Bull program. At the beginning of the 2018 season, Alfio Andrea Spina started the same path. Sicilian, born in August 2006, he’s been one of the greatest protagonists in 60 Mini in the past 2 seasons. Spina could have stayed in Mini one more year, and these were the initial programs before Christmas holidays, but after making a very positive test in OK Junior at the beginning of January, the decision was to move him in the upper category, under the direct management of the CRG Racing Team.

The 2018 will be basically an apprenticeship year, even if the CRG technical staff believes in his potential and has the ambition of achieving important results in a short time.

Spina will make a complete program at international level, taking part to the OK Junior European and World Championships and he already debuted at the WSK Champions Cup, where he proved to be very fast for all the weekend. His next race will be in Adria at the WSK Master, then Lonato for the Winter Cup. About the engines, he will use the TM provided by Machac Racing.