Franco Colapinto in OK with CRG 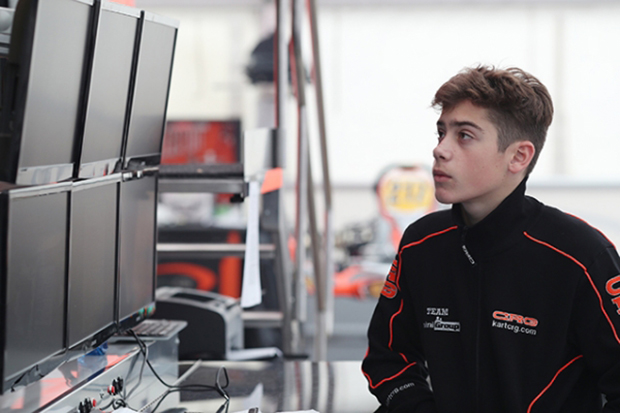 The Argentinian driver raced with CRG Nordam in the US and he will make a complete program in Europe with the CRG Racing Team.

CRG is pleased to announce the agreement with Franco Colapinto. Born in Pilar, near Buenos Aires, on May 2005, Colapinto will complete the rich and competitive line-up of the Factory’s Racing Team in the OK class, making a complete race program in Europe.

His debut will be at the WSK Champions Cup in Adria, then he will continue with the WSK Super Master Series, the Winter Cup, the European Championship and the World Championship, scheduled in Sweden next September.

Colapinto comes from a very positive season with CRG Nordam in the United States, where he was in evidence in the most important SKUSA races in the TAG Junior category. In the past season he also achieved many victories in Argentina, but an injury to the ribs at the end of the season deprived him of the title and compromised his performance at the OK Junior World Championship in the UK.

In 2017, the Argentinian driver already made an experience in Europe, racing the Winter Cup in OKJ, surprising everyone with an excellent 2nd place. He is young, mature, fast, physically and mentally trained, and CRG has many expectations, confirming the close collaboration between the CRG Nordam racing division in the US and the Racing Team in Europe.

This is how the Agentinian driver commented the agreement: “I want to become a professional driver and I am working on every aspect to reach this goal. Thanks to the agreement with CRG I will work with a team able to teach me a lot and give me the maximum technical support. Many professional drivers raced in kart with CRG and I am honoured to have this opportunity. This year I will live in Italy and I will concentrate on working with the team.”