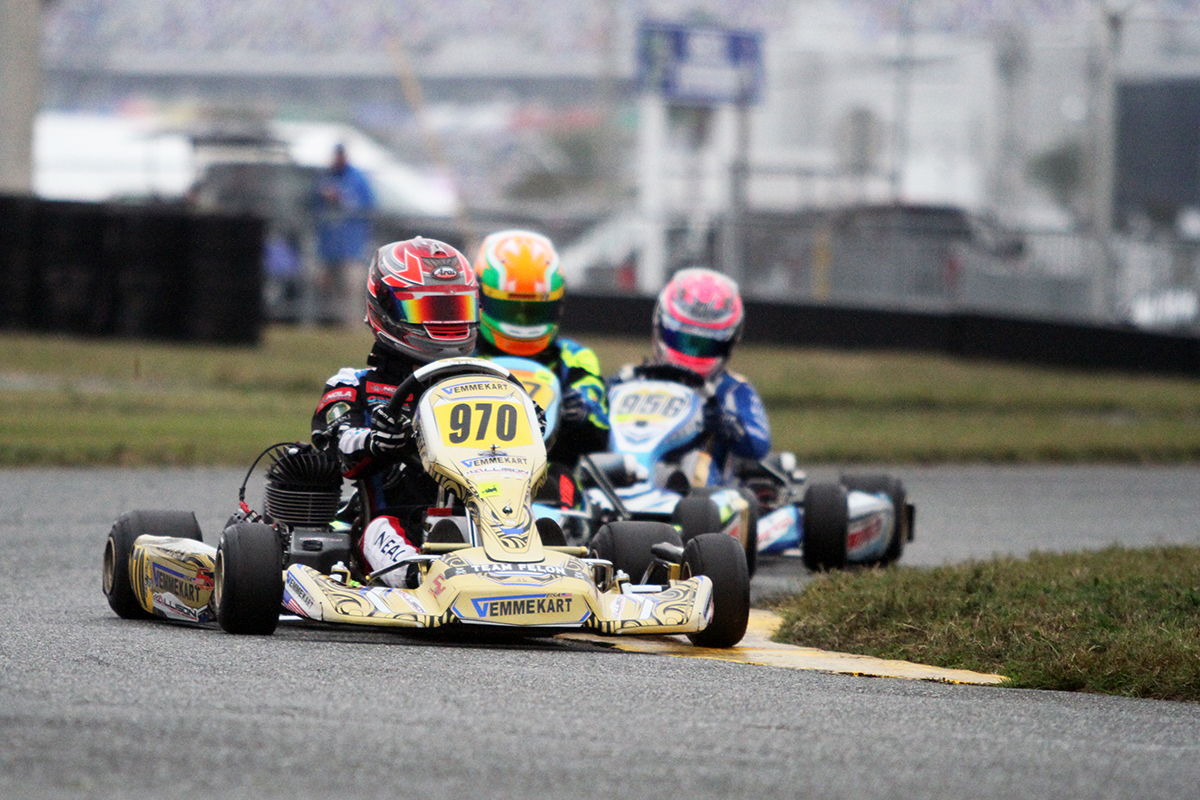 Karting in the United States has a rare season compared to other sports in the world. The World Karting Association, the longtime sanctioning body for the sport, has hosted the Daytona KartWeek since dating back to the 1970s. The first few decades were focused on road racing, before adding the Dirt World Championships. The Sprint event was held up in Jacksonville until a circuit was designed and built within the infield of the NASCAR 3-4 turn. Now with all three events at the famed ‘The World Center of Racing’, karting begins every year in Daytona Beach, Florida between Christmas and New Year’s Eve.

This year was another great event overall, with the EKN coverage focused on the Margay Sprint Nationals. The three-days of competition kicked off the 2018 WKA Manufacturers Cup Series, hosting the first of six events for the season championship chase. New for WKA competition is the IAME KA100 Senior category. The 100cc reedjet engine was developed for the Australian market, and is gaining ground worldwide. The class made its debut in Daytona with 13 drivers chasing one – Colin Neal. The Vemme Kart driver from Ohio, making his Senior debut, dominated the category over the two days to perform a perfect sweep.

Neal was the lone driver to dip into the 46-second mark on a drying track with rain tires in qualifying for Day 1. The track dried for the Prefinal, with all drivers starting on new Bridgestone tires. Neal was able to maintain the lead through the opening corners and led all 12 laps for the Prefinal win. The main event was not easy, as Neal led all 20 laps, but pressure was felt every circuit. Abby McLaughlin and Blake Hunt were on his bumper the entire time, unable to make a pass attempt on Neal. Colin scored the inaugural KA100 victory and his first as a Senior driver.

The next day, Neal just about had his perfect score cut short by Brad Brittin. Just two thousandths separated the fast time by the two drivers in qualifying, with Neal’s 42.491 the better lap. McLaughlin and Hunt joined the two at the front in the Prefinal, but it continued to be Neal at the point, leading all 12 laps for the win. The Final was the first time Neal was able to get away, stretching out to a two-second advantage as the fight for second heated up each and every circuit. Colin led all 20 laps to score a second victory on the weekend, establishing himself as the championship leader.

It was a double duty event for Neal, competing in the IAME Senior to earn a pair of top-10 finishes in his class debut. Colin qualified seventh in a tricky qualifying session with a handful of drivers moving to slick tires, which proved to be the quickest option. Neal was the fastest on wet tires, ending up seventh. He held the position through the Prefinal, ending up ninth in the Final. Colin was one spot worse in qualifying for Day 2, getting shuffled back to 13th in the Prefinal. Neal fought his way up to 10th, recording two top-10 results in his IAME Senior debut.

Neal is set to contest the WKA Manufacturers Cup Series along with the SKUSA Pro Tour events in 2018. Additional events include the SKUSA SuperNationals and the upcoming Challenge of the Americas event in Phoenix with Vemme Kart. 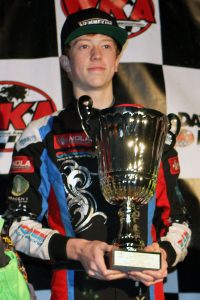 Chassis: Vemme
Engine/Engine Builder: Allison Racing Engines X30 / KA100
Sponsors: Vemme Kart USA, Allison Racing Engines, Team Felon
Series You Compete In: WKA Manufacturers Cup / SKUSA Pro Tour
Years Karting: Starting my 5th year
How did you get started in karting? I watched some karting ads and videos and really wanted to get into it. My Dad eventually took me to an indoor karting track. He started showing me the lines etc, and I picked up on it pretty quickly. My Dad started looking into karting and came to the conclusion that it was something that I should get into. We started at a local level, and soon moved on to the regional, and national levels of karting.
What has been the high point in your racing career? Winning my first national, Yamaha Jr. at the WKA Grand Nationals at New Castle in 2016, was huge at the time. Having a perfect weekend in KA100 at Daytona was certainly a high point as well.
What are your goals in racing? The ultimate goal would be to become a professional racecar driver in F1 / IndyCar.
In a few words, how would you describe your driving style? Consistent, clean and smooth.

Funniest moment at the race track? It wasn’t funny at the time, but my Dad likes to remind me of the time I accidently went out without a neck brace in the final at USPKS. I was in the lead and several karts ahead when I got the meatball flag. I would have to agree that one was on me.

What do you do when not at the track? Spend time with friends.
What are your goals outside of karting? Pursue a degree in Motorsports Engineering.  (just in case the F1/Indy thing falls through)
What app or game do you play a lot of right now? Rush
What type of street car would you like to drive? Ferrari
What are your pet peeves or things that irritate you? School officials who don’t think that racing matters.
What do you think could be done to improve the sport of karting? Adding a faster premier category.
What are your favorite aspects about the sport of karting? The competition, the adrenaline rush and spending time with family and friends.