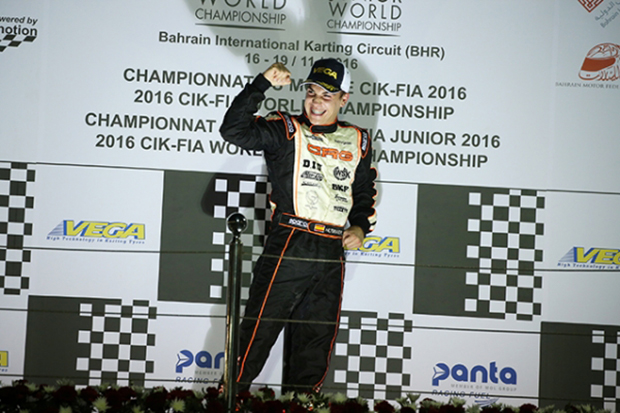 In the past few years, Pedro Hiltbrand’s career has reached very high levels with CRG, until 2017 when the Spanish driver from Girona decided to undertake a different path. Pedro Hiltbrand reached the top with CRG in 2016, year in which he won three CIK-FIA titles: the OK World Championship, OK European Championship and KZ2 International Super Cup. In 2016 Pedro also rounded off his successful season taking the victory of the KZ2 Spanish Championship.

The winning partnership between CRG and Pedro Hiltbrand will be back in 2018 to reach further important results together.

This is Pedro Hiltbrand’s comment on his comeback at CRG: “I would like to thank Giancarlo, Marina and the whole CRG team for giving me the chance to be back. I am really very happy. In 2017 I had a different work experience. Work is obviously important, but human relationships are just as important. CRG has been like a family to me in the past, and I am really happy for being again part of it. Karting is my life and CRG is part of my life. I hope I can give CRG some further great victories.