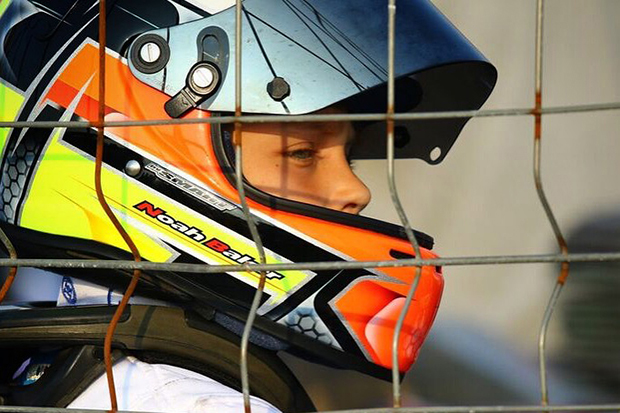 With Justin Arseneau joining Speed Concepts Racing (SCR) last week, the Florida based team is pleased to announce Noah Baker as the newest driver for the elite level karting operation. Residing in the state of Texas and competing under the Speed Concepts Racing banner at the ROK International Final in Italy in October, Baker has confirmed his participation and quest for race wins and championships with the SCR program.

Starting his karting career in 2016, Noah competed in both the Vortex Micro ROK and IAME Micro Swift categories with success. Finishing seventh in his first Florida Winter Tour event early in 2016, he continually progressed, claiming a second place podium result at the United States ROK Cup National Final in Orlando towards the end of the season. Gaining experience along the way, Baker utilized his new found knowledge and race craft in his home state of Texas where he claimed the Texas Pro Kart Challenge Micro Swift championship.

2018 will see a new program for the young Baker as he joins the potent Speed Concepts Racing program and will compete in several of North America’s high profile series. Kicking off his season at the Superkarts! USA (SKUSA) Winter Series, Baker will also see action in the ROK Cup Promotions Florida Winter Tour, SKUSA Pro Tour, ROK the RIO and the SKUSA SuperNationals. In his home states of Texas, the young pilot will also see action in the Texas Pro Kart Challenge program.

“Noah is another piece to the Speed Concepts Racing puzzle,” explained Mike Speed. “We pride our program on great results and coaching, but need to ensure that we have the proper people and drivers in place to do so. Noah is a perfect fit for our program and will benefit from the knowledge and experience that we have built in the program. Welcome to the team Noah!”

Speed Concepts Racing will have future driver announcements in the coming weeks as they complete their 2018 driver lineup.