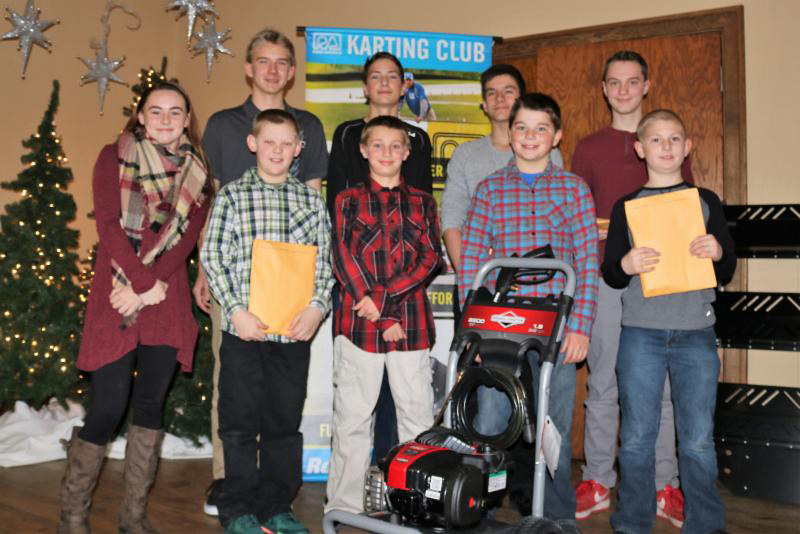 On Friday, December 9, karting competitors alongside their friends and families showed up at Millhome Supper Club in nearby Kiel, Wis., to celebrate the many champions, special award winners and sponsors of Road America’s Karting Club (RAKC) as part of its 2017 awards banquet. In addition to great food, there were tremendous raffle prizes won by the attendees.

In addition to the night’s festivities, Road America Karting Club members were treated to a few photos and videos of the repaving project for the CTECH Manufacturing Motorplex, which was completed in November. The CTECH Manufacturing Motorplex will remain true to the layout and geometry of the one-mile track that was constructed in 2000, with a few minor elevation changes to support drainage. Northeast Asphalt was contracted for the project.

Upcoming events that anyone interested in karting need to be aware of include the RAKC’s annual Swap Meet, which will be held on March 10 from 11 a.m. to 3 p.m., at Racers Hall in nearby Plymouth, Wis. The RAKC is also hosting its annual Explore Karting Day on April 21 from 9 a.m. to Noon at Road America. The event is FREE to the public and anyone interested needs to meet at Gate 4 of Road America to enter the facility.