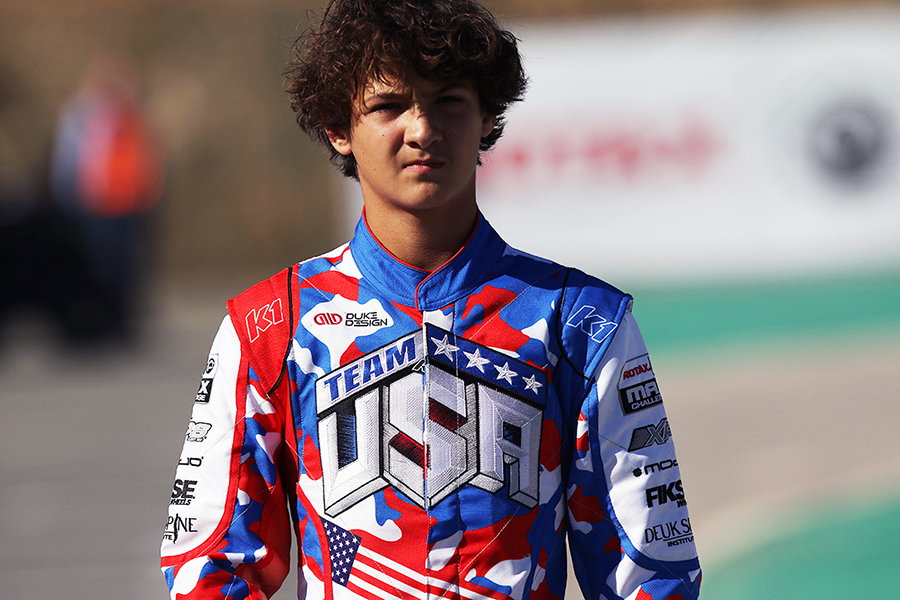 Jak Crawford will represent the United States at the CIK-FIA Karting Academy Trophy in 2018 (Photo: CKN)

In the European karting scene, the CIK-FIA Karting Academy Trophy for Junior level kart racers is quickly becoming one of the most sought after and prestigious awards. Pairing drivers in equally prepared equipment in three separate events, drivers must utilize their knowledge, skills, experience and ability to out battle and out duel fellow competitors from around the globe. In 2018, the Superkarts USA X30 Junior Champion and Challenge of the Americas Rotax Junior Champion Jak Crawford will suit up to represent Team USA.

The CIK-FIA Academy Trophy is entering its ninth season and has some new prestige behind it as former series champion Charles Leclerc has progressed through the ranks to the upper echelons of open wheel racing. Signing a deal to compete with the Sauber Formula One outfit, Crawford will look to start his career similar to Leclerc with a championship when the series concludes in September.

“2017 was huge for me in regards to experience gained as well as results,” explained the 12-year-old Houston, Texas resident. “I am very confident in my abilities and look to making both the United States and the World Karting Association (WKA) Board of Trustees proud. I will be shooting for nothing less than race wins and the series title as it would be a great goal for my 2018 racing season.”

In recent years, Trophy Academy seats from the USA have been awarded on a first-come, first-serve basis, but in 2018, the WKA Board of Directors, who appoints the American participant, decided to flip the script and award based on merit for all of those who had entered.

“Jak Crawford was as an obvious and deserving pick to represent the United States in the annual program as a meritorious appointment.  We look forward to watching Jak’s results,” explained Kevin Williams.

The Trophy Academy is unique in that it offers a level playing field with the same brand of chassis given to each racer and an engine draw program. The CIK-FIA concept hopes that some drivers will be able to set themselves apart in an equal and competitive environment.

Racing events this year for the CIK-FIA Trophy Academy will be held in May in France before travelling to Italy in July, and then Belgium in September. Jak’s Trophy Academy mechanic and driver coach is yet to be determined.