Karting to Return at Famous Quincy Park in Illinois

The ‘Park’ is back 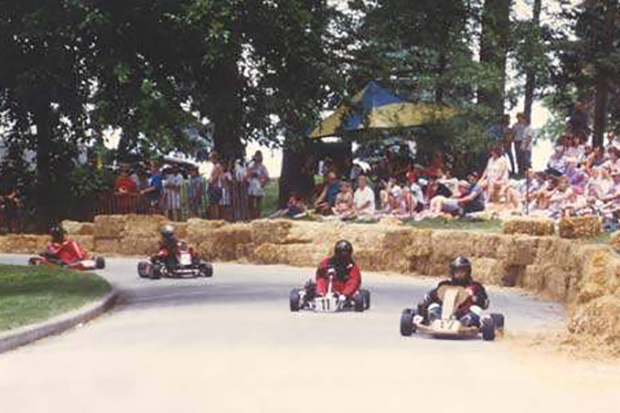 Many know it as the ‘Gran Prix of Karting’, some called it ‘South Park Grand Prix’, but everyone who’s ever competed there refers to it as just simply ‘The Park’.

A press conference was held on Thursday, announcing the return of kart racing to the city of Quincy, Illinois. Scheduled for June 8-10, the event will be dedicated to the memory of its creator – the legendary Gus Traeder. A joint effort between Quincy businessman Terry Traeder and the Quincy Park District is sparking the return of the storied street race. 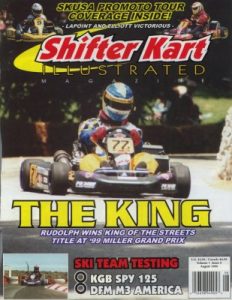 The Gran Prix of Karting was first held in 1970, and it ran for 32 years before completing the last event in 2001. The race drew a record-high entry of 625 in 1994, but it fell to 130 in the final year. The Superkarts! USA King of the Streets was held at the Park in 1999, the initial years of the race, which would find a permanent home in Rock Island. It was the second edition of the special race, which was first held in Oklahoma before moving to Quincy. The Quincy race was won by none other than Alan Rudolph. Now the owner of Speedsportz Racing Park and the Alan Rudolph Racing Academy in Houston, Rudolph went on to win four more crowns during the King of the Streets run at the Rock Island Grand Prix.

Terry Trader is the son of ‘Grand Prix of Karting’ promoter Gus Traeder, who passed away last year. Both Traeders have played crucial roles in the sport of karting. Gus was a promoter, while Terry is among the most decorated drivers in the sport. Terry has been out of the seat for a number of years now, and has left the running of his family’s TNT Kartways track to the Miles family. Now, with the support Quincy Park District, the ‘Grand Prix of Karting’ is returning.

“Simply put, South Park in Quincy, Illinois is absolutely legendary in the karting world,” stated Margay Racing’s Keith Freber. “The late Gus Traeder and his family made Quincy the center of the karting universe starting back in 1961 when they opened TNT Kartways and that track crowned many of the sport’s kings (and queens) and fueled an enthusiasm for kart racing in the city of Quincy that is unparalleled. If there was ever a city park that was a natural kart track, South Park is it. The Park course is challenging to be sure, but hands down the most exciting sprint track you’ll ever run and that’s a fact. Mistakes can have big consequences, but tame The Park and the satisfaction is immeasurable. The city really gets behind the event and rolls out the red carpet for the racers, I think the karters will be blown away with the local enthusiasm for the event. This is more than a race, its an event and its one not to be missed.” 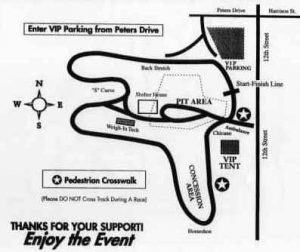 Old diagram of the course in the South Park of Quincy, Illinois

EKN spoke with Terry prior to the press conference on Thursday. He is excited about the opportunity to offer the ‘Grand Prix of Karting’ once again. The roads used for the course have been completely repaved, and over 3,500 barriers and over 500 haybales are on the plan to line the course. Fencing will be placed around the course to keep the racers and the multitude of spectators safe throughout the weekend. The weekend is geared up to be a racing festival for both those out-of-state and those from the area to enjoy. Proceeds from the non-profit event will be given to local charities.

Exact details on the event will be made available in the coming weeks as the city of Quincy prepares for the invasion of karters once again in June of 2018.