Fairbairn joins AM Engines/Parolin as a Factory Team Driver 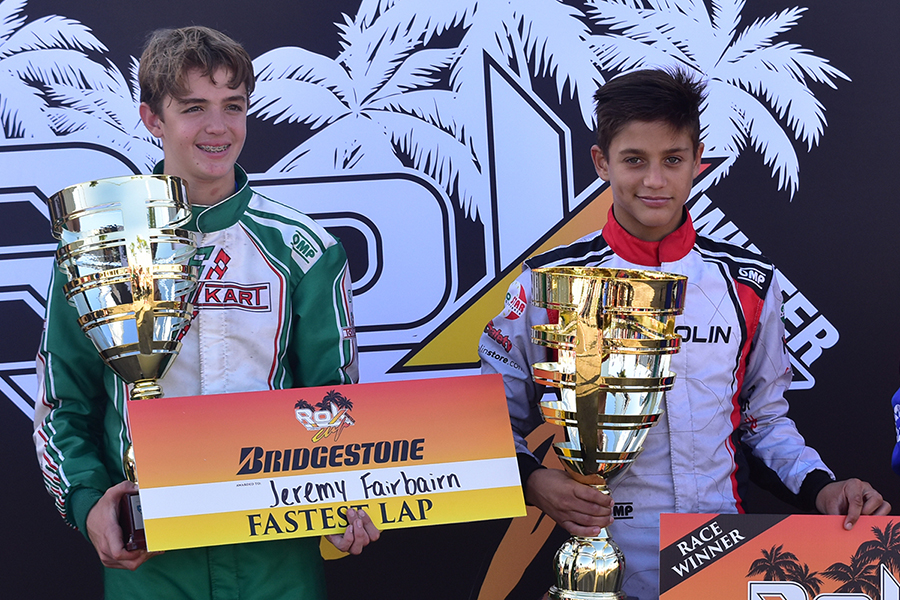 Jeremy Fairbairn and Matheus Morgatto will lead the junior contingent in the AM Racing / Parolin program in 2018 (Photo: ROK Cup Promotions)

Florida driver Jeremy Fairbairn won multiple races both in the state of Florida and nationally with AM Engines. Now, Fairbairn is set to rejoin the potent race team for the 2018 racing season. Beginning at the upcoming Florida Winter Tour (FWT) and Superkarts! USA (SKUSA) Winter Program, Fairbairn will pilot an AM Engines powered Parolin chassis as he begins another season of junior competition, as a Factory Team Driver.

On the heels of a career performance at the SKUSA SuperNationals in Las Vegas, Jeremy attracted the attention of several teams, but there was really only one that made sense for the Floridian and Jeremy is not taking this opportunity lightly.

“This is my first chance to drive on a factory racing team,” explained Fairbairn. “I am looking forward to the extra support and I hope to make the amazing people at AM and Parolin proud of their decision to bring me under their tent.”

Fairbairn continued, “I am committed to working hard and to quickly get up to speed on this newly developed chassis. Parolin has been enjoying recent success in both Europe and the United States and now that the company is looking to expand their reach in North America, I hope to bring positive results to their team.”

“I am grateful to the people and teams who’ve have been behind Jeremy in the past,” explained Marcel Fairbairn, father and huge supporter of Jeremy in his racing program. “Jeremy was successful in 2017 attaining race wins and podiums. With a new year and a new season, new opportunities present themselves and we are very excited to join AM Engines and Parolin to continue the success!”

Jeremy will begin testing his new Parolin chassis in December and will ramp up the on track program after the holidays and before the first event of 2018.