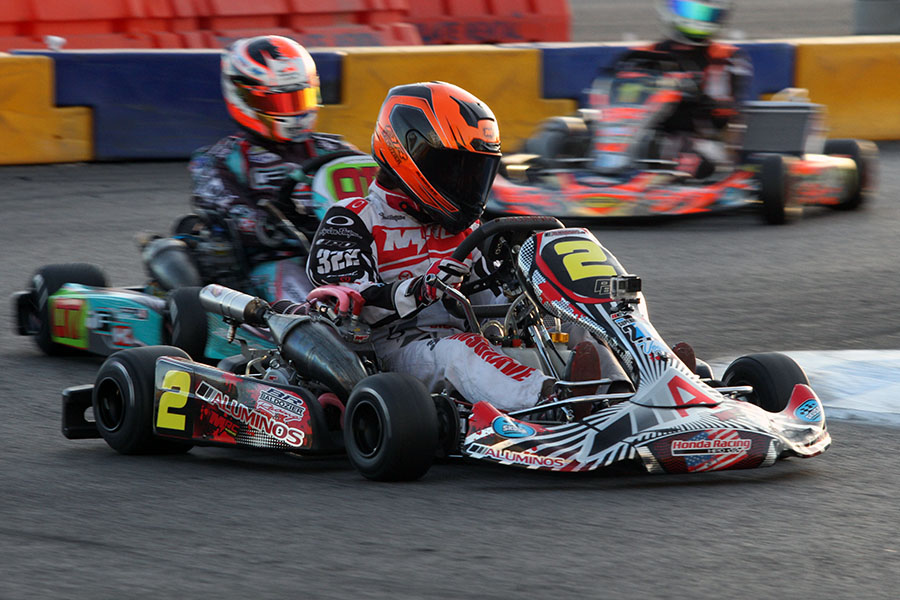 Since its debut in 2013, the Aluminos brand has been racing for the top step of the podium. A SuperNationals victory that year helped to solidify the brand. The 2017 season helped to take the chassis to the next level, with focused testing and development. All the effort equated into a number of regional victories and championship, along with solid wins at the SKUSA Pro Tour program. The season concluded with the SKUSA SuperNationals 21 in Las Vegas with one of the largest tents the team has welcomed in the last decade. The highlight was the victory in the S1 Pro division by Billy Musgrave to give the Aluminos brand its second SuperNats triumph.

A year ago, Aluminos and Musgrave Racing Company (MRC) formed a working relationship. The hard work and dedication from both entities paid off. Musgrave tied for fast lap in the qualifying session, and remained at the front of the field with two runner-up results and a win in the heat races to earn the pole position for SuperSunday. From there, Musgrave led all 20 laps of the main event, never putting a wheel wrong, scoring his first SuperNationals S1 victory. Kiwi driver – and first SuperNats winner for Aluminos – Matt Hamilton proved to have the speed as well, posting a sub 1:00 lap time in the Final aboard his Aluminos en route to a fourth place finish. It was his third straight podium in S1 after winning S4 in 2013. 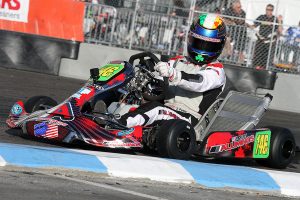 Another victory was on the docket for Aluminos in the S2 Semi-Pro Stock Honda category. Jason Pettit, the 2017 California ProKart Challenge S2 champion, set fast lap in qualifying and secured the pole position for SuperSunday with a heat win and two runner-up finishes. Pettit was challenged early, fending off one driver before coming under attack late in the main event. Pettit reached the checkered flag first, only to be awarded a three position penalty for a jump start infraction. The penalty took away the win, however, it still put Pettit fourth overall for his first podium finish at the SuperNationals.

A number of bullets were in the Aluminos gun for the S4 Master Stock Honda class. Defending winner Gian Cavaciuti jumped on the Aluminos brand and the Italian did not disappoint. Cavaciuti put himself inside the top-five early, and remained there throughout the week into SuperSunday. Cavaciuti worked into the second position by the halfway point of the main event, looking for a way into the lead, only to retire the following lap due to a broken spark plug wire. Two-time SuperNationals champ and Pro Tour title winner Jimmy McNeil made his Aluminos debut in Las Vegas. After shaking off the rust, McNeil started 10th in the Final and worked his way up to a podium finish of fifth, earning fast lap honors aboard his Aluminos. Add in Kiwi Tiffany Chittenden and Mike Mantel, Aluminos had three finish inside the top-10. 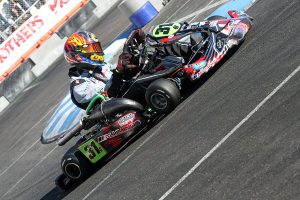 John Crow not only earned the California ProKart Challenge title in S4 Super Master, he finished third at the SuperNationals 21 (Photo: eKartingNews.com)

Completing the podiums in Vegas is S4 Super Master Stock Honda driver John Crow. After an issue with his original chassis in practice, the former SuperNationals winner swapped over to a MRC / Aluminos customer kart and was fast in its first session. Crow remained at the front of the field all week, qualifying third, holding the position through the heat races, and staying there all 16 laps on SuperSunday to claim his second straight podium in the category.

The 2017 season has been one to remember for the Aluminos brand. With its world headquarters on the USA west coast, the California ProKart Challenge has been the program where the much of the brand’s testing and development has been conducted under racing conditions. Aluminos took home four of the six Stock Honda championships in 2017. Musgrave earned his fourth series title in S1, first with Aluminos. Hunter Pickett made it an Aluminos 1-2 in the championship standings. Pettit was the driver to beat all season, scoring his first California PKC championship in S2. Crow won five of the six races to claim the S4 Super Master crown while Jacopo Pizzinato landed the S5 Junior Stock Honda championship. A number of drivers represented the Aluminos brand well on the SKUSA Pro Tour. Both Musgrave and Pickett won a main event in the S1 division, with Musgrave carrying the SKUSA #2 plate for 2018. 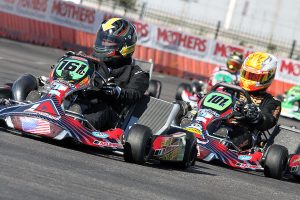 Aluminos had three drivers in the top-10 in the S4 Master division, Mike Mantel and Jimmy McNeil (Photo: eKartingNews.com)

Local and regional competition is a focal point of the Aluminos values. Fun and friendly atmosphere is a major asset of racing with Aluminos, and it can be found at the local level in addition to the major events the race team and brand attends throughout the year. Aluminos has helped a number of drivers at the Simraceway Performance Karting Center, the home circuit for the operation, get into karting or just enjoy a weekend at the track in the local championships. Along with sprint racing, Aluminos has developed a great Arrive-and-Drive program in road racing. The Northern California Karters organization travels throughout the state, competing on major road courses. Aluminos has garnered a number of victories over the past two years, and is looking forward to continuing their support of racers at these events in 2018.

Late this season marked the launch of the new model for the Aluminos brand. The younger divisions in the sport of karting continue to grow, and thus the new Aluminos Cadet chassis is becoming a focal point for the brand. The 950mm chassis comes with a 30mm axle, utilizing many of the same design features as the larger Aluminos models. The Sniper front end provides the best adjustment system along with a three-hole steering shaft. Add in magnesium wheels along with the distinct Aluminos graphics and the ‘Cadet’ chassis is race ready. 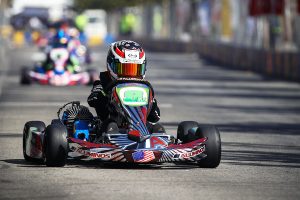 The Aluminos Cadet chassis is the newest model for the brand (Photo: DromoPhotos.com)

Aluminos provides shifterkart and TaG packages for Arrive-and-Drive opportunities for a number of events throughout California. The Aluminos operation can tailor a program around each customers’ needs, while also providing tent space or technical assistance.

The Aluminos brand continues to expand across the United States, with the Northern California operation stocked loaded with frames, components and accessories for new and current customers and dealers – including the 100% ceramic brake rotors.