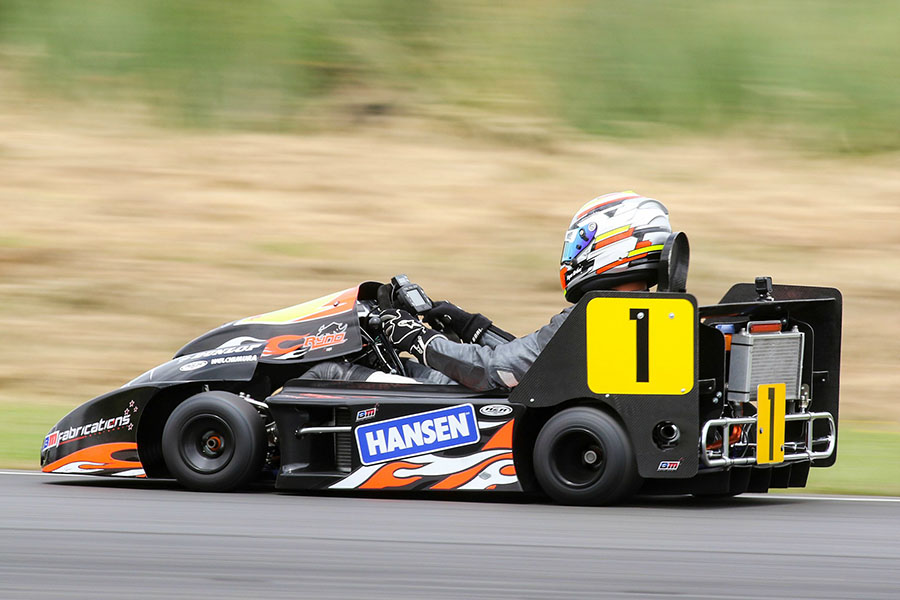 Reigning national champion Ryan Urban is leading a resurgence of interest in Superkart racing – from the front!

The current New Zealand Superkart champion was at his dominant best at the final round of this year’s Superkart Drivers’ Club-organised series at Hampton Downs over the November 25-26 weekend, winning all four all-in races. Rather than put others off, however, Urban’s pace and professionalism is helping attract both attention and a new wave of drivers to the fastest branch of the sport.

“Ryan is from another planet,” says Superkart Drivers’ Club President and fellow competitor Andrew Hall.” He is just so smooth and fast. If we can still sight his kart on the last lap then we know we have raced hard also!”

Regular series rounds at HRC-organised (car & kart) meetings at Hampton Downs have obviously been good for the sport, giving it a profile on the general motorsport stage which it has never had. 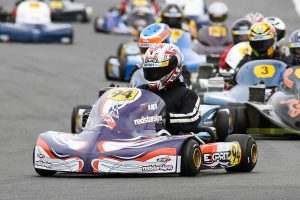 Regular racing also gives existing drivers a chance to keep their eye in between the annual championship events, as well as  those keen on giving it a go a chance to try out their sprint karts on a full-size motor racing circuit.

Speed is the key attraction when you are talking Superkarts. Not only was the 1.03.791 lap Ryan Urban did in the final race the fastest Superkart lap, it was the fastest lap of the meeting, eclipsing the 1.04.858 set by TranZam class ace Alistair Wooten by over a second!

If Wooten or any other car driver should go quicker, Urban still has something up his sleeve as well, his best ever race lap at the circuit a sizzling 1.01.346!

With potential like this it is no wonder that the prospects for 2018 are looking good.

Teddy Bassick is one of a number of drivers who have recently upgraded their equipment and with Urban and Hall are already well advanced with plans for 2018. Others either drawn or drawn back to the premier International class include successful former kart, single-seater and tin-top racer Rhys McKay, long-time class supporter Tony Bowden and his father Steve, and Aucklanders Marty Weiss and Steve Sharp.

“I am super excited about the growth of International class for 2018, says Andrew Hall. “This class combines top drivers with sophisticated karts, and offers the best bang for buck racing on the road circuits of Hampton Downs, Taupo and Manfeild.”

“This class offers flexibility in chassis type and engine type and has real potential for drivers wanting to run on a lower budget than that required of the 250 twins we run in International,” he said.

With the increasing interest in the dedicated Superkart classes has come a similar resurgence in numbers in the sprint-based ‘sit-up’ classes with brothers Chris and Mike Simmonds, (currently running in the 250 National class) heading to KZ2 in 2018 and Brent Murgatroyd (currently running a Rotax DD2 kart) set to make a similar move. 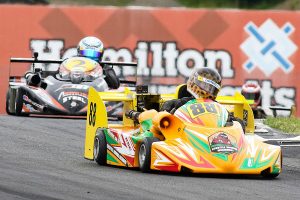 None of the growth would be possible without a lot of work behind the scenes of course and Andrew Hall says that the new club committee is doing a sterling job in that regard.

“With Haylee Wallace as club secretary, Nikki Ongley as treasurer, Marty Weiss Vice President, Richard Simmonds and Johnny Bassick on the committee, myself as President, and Jenny Parkes as our race secretary we have got a really good team.

Hall says the club also has a core group of KartSport New Zealand officials for their meetings which makes for a very well oiled, smooth running event.

A key committee initiative heading into the New Year is the development of a new Phone app which will allow drivers to enter events, make payments, sell gear, get latest news and race result updates instantly ….etc.

As Hall says; “We expect the app to be a game changer as far as being able to communicate with drivers and for drivers wishing to attend our Superkarting events.”

The club is also offering an incentive to karters who would like to try their hand at road racing on a full-size motor racing circuit.

“That’s right, “ says Hall. “For anyone who has never tried road racing before we will be offering a free race day at all six rounds of our 2018 series. They pay for Saturday practice day only and race for FREE on the Sunday. A 50% discount off the normal club membership fee is also available if they join the club on the same weekend.

In 2018 the Superkart Drivers’ Club will run four meetings with the HRC, two at Hampton Downs and two at Taupo, along with two in conjunction with Manawatu Car Club. The annual KartSport NZ National SuperKart Championship meeting is at Hampton Downs in late September. 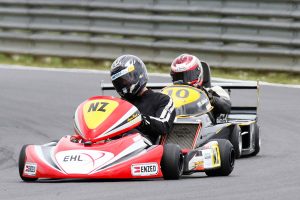