PSL Karting: Under the Lights of Las Vegas with Birel ART 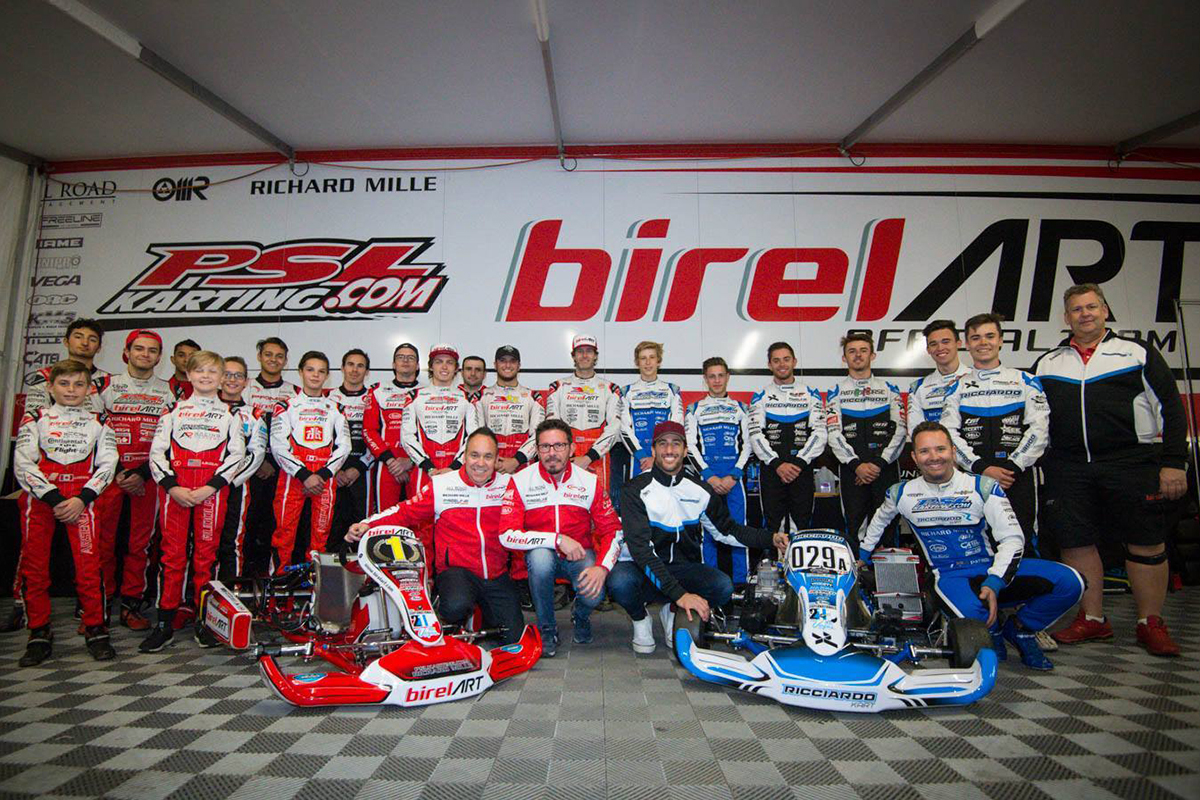 As teams and drivers close out their respective Championships across the globe, the infamous SKUSA Las Vegas Super Nationals is an event every single racer dream of entering and winning.  This year, the event took place in a freshly paved parking lot only a yards from the Las Vegas strip.   With over 500 drivers from 40 countries in attendance, this race is sure to be one of the most competitive of the year.  Many teams, including Birel ART, use this as an opportunity to show case new products for the upcoming season.  PSL Karting, Birel ART’s official North American distributor, showed up with 25+ drivers, not including dealers and private teams in the paddock.  Celebrity Formula 1 driver and personality, Daniel Ricciardo, was also in attendance to reveal his 2018 kart and livery, the Ricciardo Kart.

As racing is a results driven business, all effort is put into the drivers, the karts and the engines when it comes to track time.   In the 60cc Mini Swift category, the second youngest group, Justin Arseneau qualified P10 out of 70 drivers from across the world.  Battling through the heats in the mornings, Justin would find himself starting P9 for the main event, a very respectable grid spot.  With some ups and downs during the final event, Justin would finish P28 after getting pushed off while in 6th place, but still put in a good effort with lap times quicker than the top 5.  Also a notable performance by Aidan Rudolph who is becoming stronger at every national event he attends as well as Thomas Nepveau (X30-JR) who did not have luck on his side throughout the week

X30 Senior, easily one of the toughest categories for competition has Ryan Norberg leading his group, however a qualifying effort due to a slight technical issue that would force Ryan back to the rear of all his heats.  Moving to the top 6 in almost every heat, while setting the fastest laps, keeping the end goal in mind, Ryan was able to successfully put himself into an ideal position for the final.  Ryan, who also claimed the SKUSA Pro Tour Championship for this year (as well as 2016), would finish a respectable P5, despite the small setback at the begging of the week.   Another notable performance in the top Senior class of Shifter (S1) was Mathias Ramirez (Birel ART / Andersen Racing), running to shifter categories throughout the weekend, was able to finish P2 in heat 3, now becoming a threat to the S1 group.  In the final, Ramirez would find himself with a seized engine after moving into P5 on lap 6 while setting the fastest lap in the final, nonetheless, a strong performance.

Moving into the masters categories (+32 years of age), X30-M driver, Jess Petersen (Ricciardo/PGR) would be a contender for a top finish throughout the week, generally showing his strength through the entire Pro Tour, it would be no surprise to see Jess in the front.  Finishing P8, a solid top 10, against the world’s best, it would be another good finish to the season.  Michael Patrizi, a crowd favorite across the Birel ART / Ricciardo family would finish P16 after getting taken out out in Lap 1, however he was one of the quickest drivers throughout all the heats.  In the S4 Masters gearbox category, veteran racer, Jordon Musser (Birel ART/3G Racing) is known to be one of the tougher competitors while still showing sports many ship on track.  Jordon, after an incredibly eventful final, would finish P4 to which some might argue was one of the best racers of the weekend, as Musser was the driver to beat throughout the heat races.

KZ, an internationally recognized class, with power output of 50hp and ear deafening engine revs , would see a group of Birel ART drivers in the top 10.  Ramirez qualified P3, but was penalized and put to the back, Marijn Kremers P4, Simoni P9 and former DTM driver, now Indy Car driver, Robert Wickens in P10.  This class is the premier category of karting featuring the most famous drivers, engine tuners and factory supported efforts, therefore, detail is essential during all sessions.  In the final, the top performing drivers would be Kremers and Ramirez, finishing P6 and P8 respectably.

“I would like to extend a huge thank you to every single driver who put their trust and faith in PSL Karting, Birel ART and Ricciardo Kart, to manage their race weekend and equipment.  We would not be here without the dedicated drivers and customers we care about.” – Dominic Labrecque, Birel ART North America President.  Drivers interested in purchasing any of the karts from the event can contact info@pslkarting.com, or visit www.pslkarting.com for more info.  Moving into the South of Florida for the months of Dec-March, drivers looking for Arrive & Drive opportunities with a Birel ART teams can also contact info@pslkarting.com