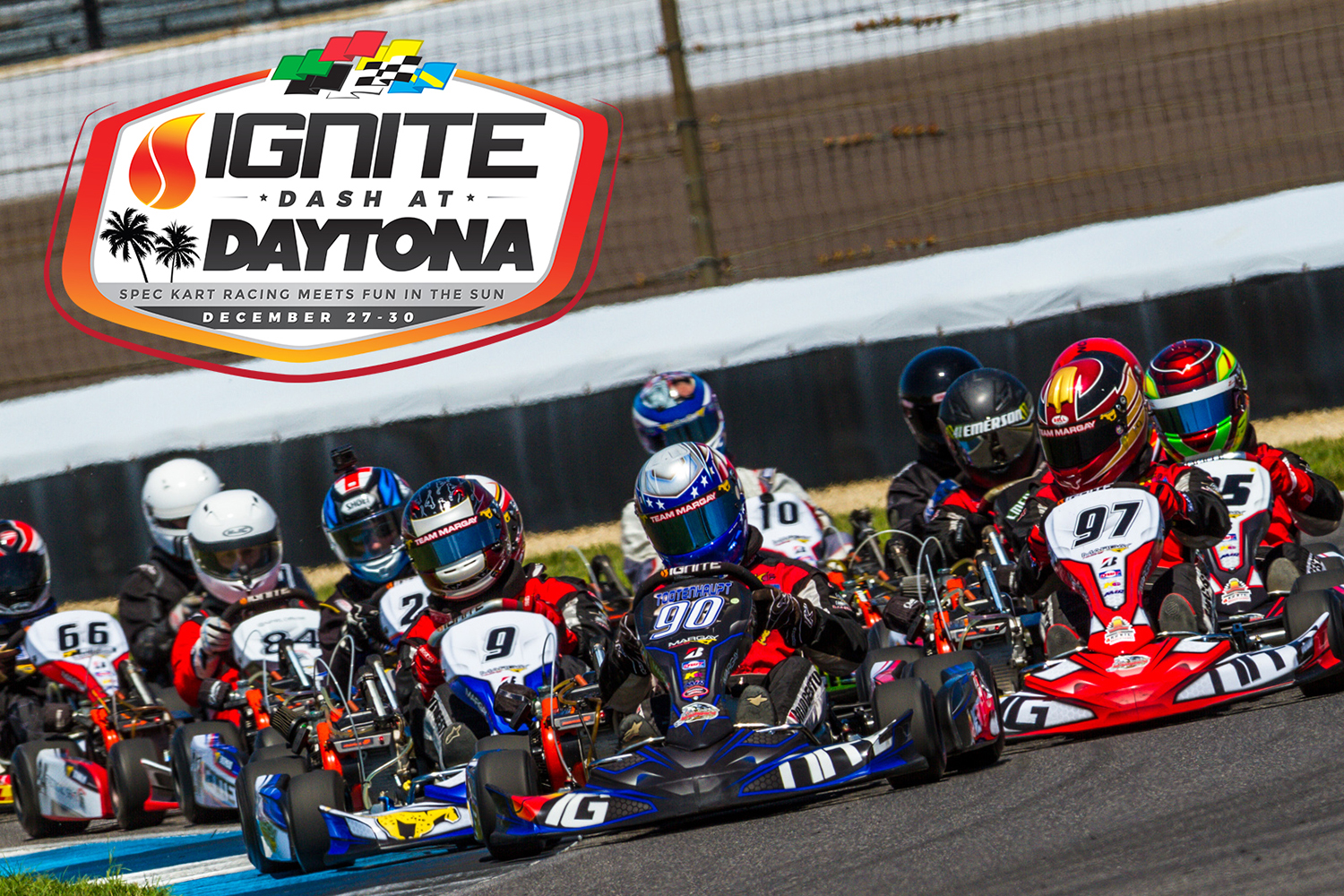 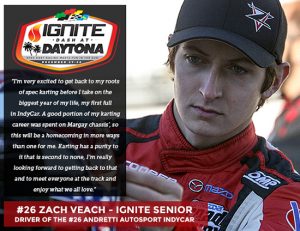 Margay Racing is excited to announce the first round of entries for the inaugural Ignite Dash at Daytona at WKA Daytona Kart Week.

Highlighting the entry list is a pair of emerging Indycar talents. The first to announce their entry is Andretti Autosport Indycar driver, Zach Veach. When asked about his return to karting, Veach stated, “I’m very excited to get back to my roots of spec karting before I take on the biggest year of my life, my first full season in IndyCar. A good portion of my karting career was spent on Margay chassis, so this will be a homecoming in more ways than one for me. Karting has a purity to it that is second to none, I’m really looking forward to getting back to that and to meet everyone at the track and enjoy what we all love.”

Also highlighting the 2017 entry list is Harding Racing Indycar driver, Gabby Chaves. Gabby’s career highlights include 2015 Indianapolis 500 Rookie of the Year, 2015 Indycar Rookie of the Year, 2014 Indy Lights Champion, 2012 SKUSA Super Nationals TaG Senior champion and multiple karting titles. Gabby states, “I’m looking forward to being back in a kart at Daytona. It’s going to be a great challenge to go up against some of the top current karting talents and push myself to be fighting right up there with them. Can’t wait to get on track.” 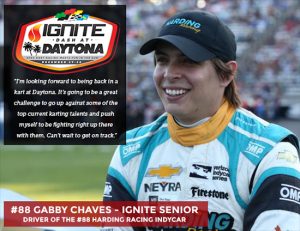 Don’t miss your chance to compete at the World Center of Speed in a field packed with talent. Add your name to the Ignite entry list and make your plans now to attend WKA KartWeek in Daytona!

To reserve your factory-prepared kart or make arrangements to race your own Ignite please visit www.margay.com or call (800) 562-7429.