Only Street Kart Race in Southeast Preparing for Biggest Year 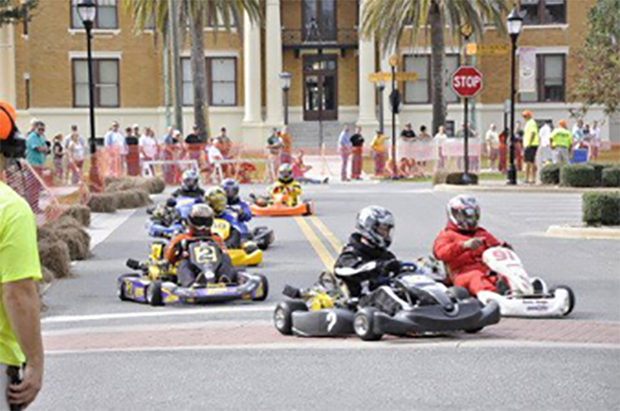 The City of Inverness announce plans for the seventh installment of the only kart street race in the southeastern United States. This year, the City welcomes “Big Daddy” Don Garlits considered the father of drag racing, to attend the event on Saturday, November 17 at 12 p.m.

Race spectators should arrive before 9:00 a.m. on Saturday, November 18, 2017 for the best view of the action, and organizers recommend that spectators bring chairs. This challenging street track is a 3/8-mile course with five turns, and a 680-foot back stretch where karts have been clocked at 72 miles per hours. Awards will take place during the race, and veteran sports radio personality, Tony Modica, will return as race announcer.

The festival kicks off with a free downtown concert on Friday, Nov. 17, 2017 starting at 5 p.m. with vendors and food trucks.  At 7 p.m. the Bobby Friss Band will play live on the Old Courthouse grounds. Friss appeared on the David Letterman Show in the 1980s, and has built a strong following in Florida from annual appearances at Daytona Beach’s Bike Week and Biketoberfest. Friss will take the stage a 7 p.m. for a three-hour show. While the concert is underway, event volunteers will transform the streets of downtown into a race track.