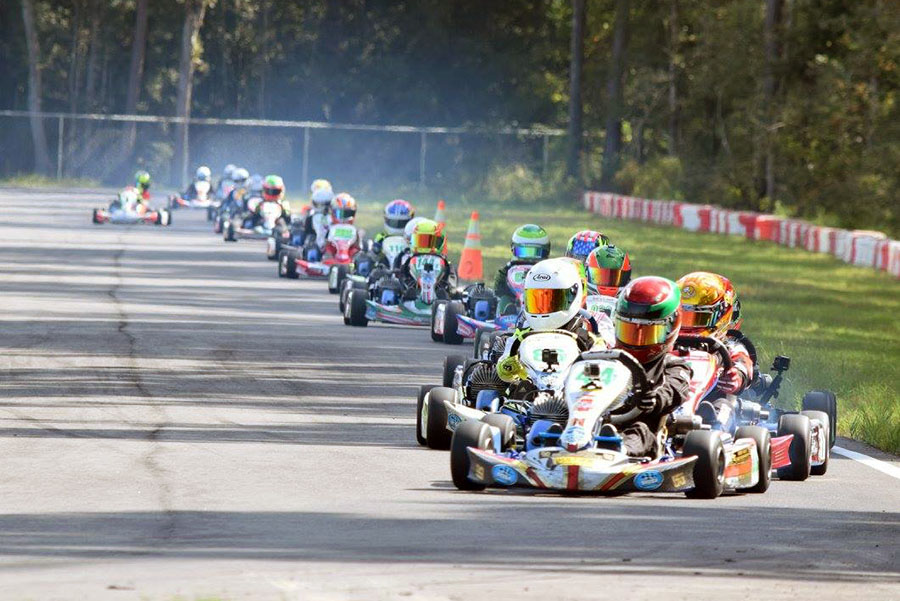 After making the move to the pure Superkarts! USA program of IAME and Stock Honda categories in 2017, the Texas ProKart Challenge enjoyed one of its best years ever, capping the season in October with a great weekend at the new Speedsportz Racing Park in Houston.  During the season finale, the series announced a four-race schedule that will consist of two single-race weekends and two doubleheaders, which will provide six rounds for the championship. The schedule will take the teams to Speedsportz Racing Park, Amarillo Kart Circuit, Dallas Karting Complex, and a fourth track that will be named at a later date.  The Superkarts! USA regional series will again offer the Stock Honda and IAME categories, with guaranteed SuperSunday starting positions for the 2018 SuperNationals going to the series champions in the applicable classes.

The opening round of the series will be held in late March, kicking the season off at the newly-christened Speedsportz Racing Park in New Caney with a two-day, one-race weekend on March 24-25 that will feature Saturday practice ahead of wheel-to-wheel racing on Sunday.  The Texas ProKart Challenge wrapped up this past season at the track in October, and the feedback was tremendous.

The series will then move to a doubleheader weekend in early June, which will feature Friday practice and separate Saturday and Sunday race days.  The track has yet to be determined, but series officials are working to finalize the details.

In July, the teams will head back to the Amarillo Kart Circuit in west Texas for a second time. Drivers loved the layout of the track in the maiden trip to the facility in 2017, which is patterned after the F1 circuit in Istanbul, Turkey.  The race drew drivers from California and Colorado, and Texas ProKart Challenge officials are already in contact with several teams who want to make the event in 2018. This doubleheader race is going to be massive and could become an unofficial showdown between drivers from the different SKUSA ProKart Challenge regional series.

The championship battles are expected to be fierce across all the categories. The champions in the X30 Senior, X30 Junior, X30 Master and Mini Swift classes will all receive guaranteed SuperSunday starting positions for the SKUSA SuperNationals next fall.  These passes are tremendously valuable considering the level of competition in Las Vegas. The series will also offer three entry tickets to the 2018 SuperNationals, drawing one champion from three unique class groupings. These tickets are valued at $1100 each and include entry fee and race tires.

P1 Promotions is also pleased to confirm that EKN’s Rob Howden will attend all four events as the official Texas ProKart Challenge play-by-play announcer, and that he will provide weekend event coverage on eKartingNews.com. Texas PKC will be providing live streaming audio on EKN and the Texas ProKart Challenge website for those who cannot be trackside.