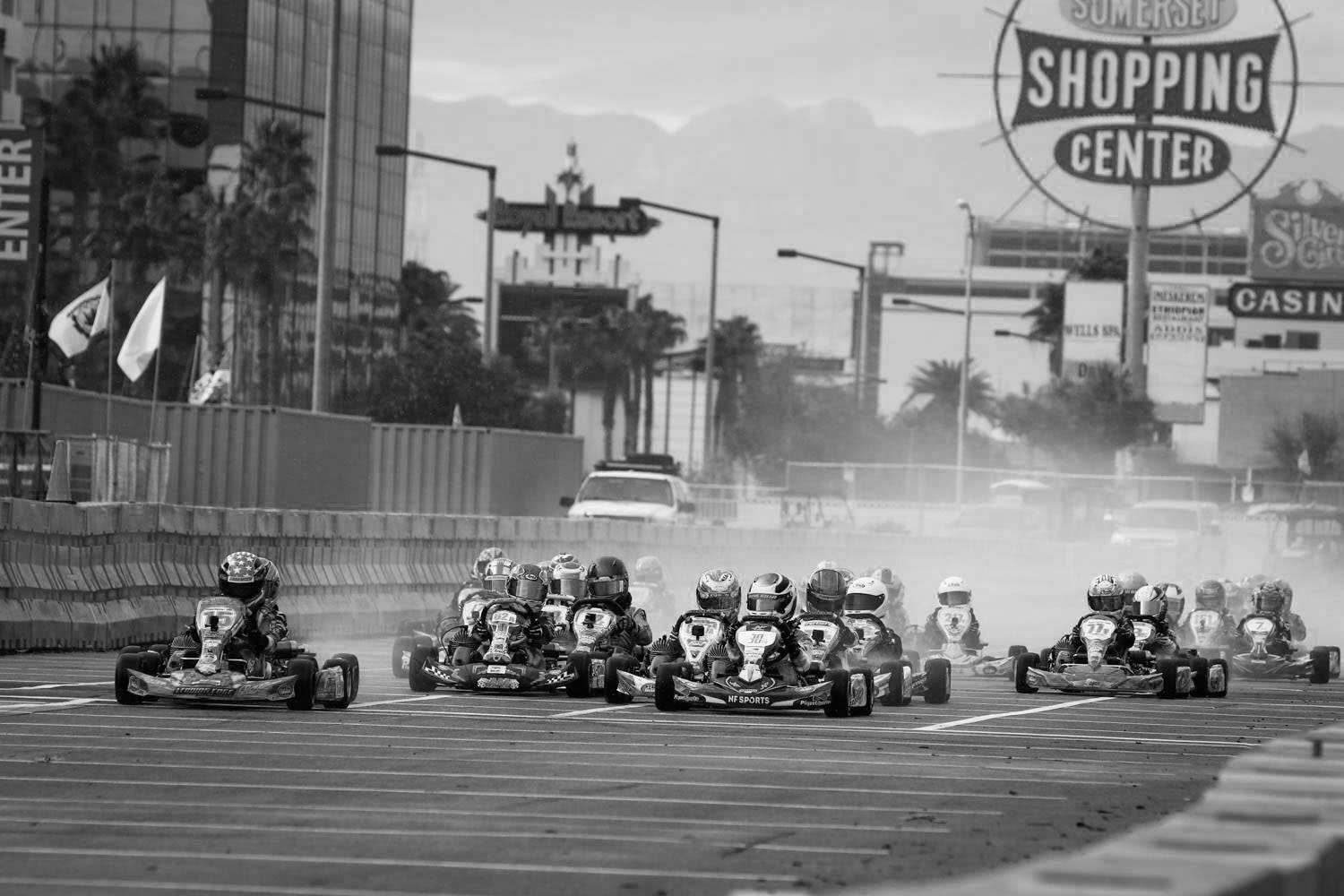 Last year was the inaugural event for the Micro Swift category. The addition of the category to the SKUSA Pro Tour in 2016 brought the youngest division to the SuperNationals for the first time, and it featured a near sold out field. It was a wild SuperSunday with a slight rain shower dampening the track just before the green flag, which provided for a wild opening few corners. This year’s edition of the race brings a new crop of young drivers who have graduated or moved into the Micro Swift division, who have their chance to shine now that several top drivers have moved up to Mini Swift. In total, 14 of the 36 drivers are returning for their second SuperNationals, including the inaugural winner Vinicius Tessaro. 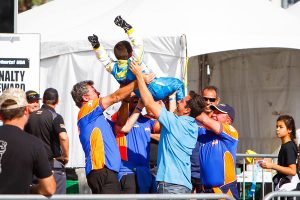 No one celebrated more than Vinicius Tessaro after winning the Micro Swift main event on SuperSunday in 2016 (Photo: On Track Promotions – otp.ca)

The Brazilian was able to get through the chaotic opening corners after starting on the pole position, and he then worked past British driver Freddie Slater on the last lap to secure the victory. Tessaro (Kosmic) has a chance to make history for the second straight year should he finish SuperSunday on top of the podium once again. No driver has won back-to-back in the Cadet divisions since they were introduced in 2010 at the SuperNationals. The only driver carrying the #1 plate at the SuperNationals, however, will be the newly-crowned SKUSA Pro Tour Micro Swift champion Elliot Cox (Energy). The Hoosier won the best dressed contest in his fine suit at the 2016 SKUSA Celebration Ceremony inside the Westgate. You can be sure Cox will be dressed to impress for this year’s festivities when he receives the SKUSA #1 plate on Wednesday night, and he will be ready to do battle on the circuit. Cox was able to come out of the 2017 championship chase two positions better, earning his first SKUSA Pro Tour title with one victory on the year. The SuperNationals could be the one and only time he carries the #1 plate in Micro Swift, as we expect to see the 10-year-old move up to Mini Swift next season, looking to improve on his sixth place result from a year ago at the SuperNationals. 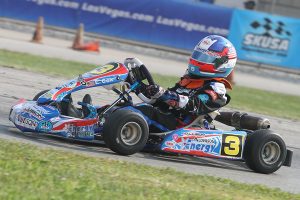 The 2017 SKUSA Pro Tour was very competitive throughout the season, featuring five different drivers on top of the podium. The one driver to claim two victories on the season was Sebastian Ng. The Nitro Kart pilot won both features at the SpringNationals, although he has yet to return back to the top step since that big weekend in May. The driver from Panama finished 13th a year ago in Vegas, but has grown a lot since joining the Nick Tucker program. Other winners on the year include British driver Brandon Carr. The Benik driver finished the SKUSA Pro Tour championship second a year ago, dropping to third this season after winning opening round at the WinterNationals. The odds are in his favor, as he is the only returning podium finisher aside from Tessaro.

The two other winners in Micro Swift this season on the SKUSA Pro Tour are two of the hottest drivers coming into the event. Caleb Gafrarar (Parolin) has a string of victories dating back to his first SKUSA win at the SummerNationals. The WKA champion was among those caught up in the opening lap wet conditions last year at the SuperNationals, climbing back to a 16th place finish. A top-five could put Gafrarar as the first father/son pairing to earn SuperNationals podium success, as his father Chuck landed there twice in TaG Master. Mateo Rubio-Luengo (Benik) is among the top Micro drivers in the country, finishing the SKUSA Pro Tour on top of the podium at the SummerNationals. Two championships at the USPKS support that claim, along with a eighth place finish at the IAME International Final as one of the younger Mini drivers, racing under the Spanish flag. Mateo was involved in an incident last year at the SuperNationals, which took him out of competition for the event. If Mateo can keep it off the barriers, he will be one on everyone’s stopwatch come Wednesday. 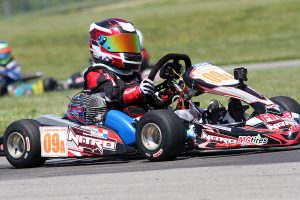 Finishing second on the SKUSA Pro Tour season was Frankie Iadevaia. A Nitro Kart army member, the New Yorker used consistent top-five finishes to earn the SKUSA #2 plate. Along with Sofia D’Arrigo and Ben Maier, Iadevaia will join Ng in carrying the Nitro Kart colors in Vegas to close out a solid 2017 season for the new chassis. The Midwest will be represented by Christian Miles (Formula K). The Illinois driver is in the driver’s seat daily at the famed TNT Kartways outside Quincy, and teamed with the KartSport North America operation, the combo has podium odds. Logan Toke (Top Kart) is the lone ProKart Challenge champion in the SuperNationals field. The California PKC title winner finished seventh in the SKUSA Pro Tour standings, but showed great speed at the Streets of Lancaster temp circuit. There, he and the rest of the field were chasing Parker DeLong (Benik). When you win at the SOLGP, it helps to build the momentum heading into the SuperNationals.