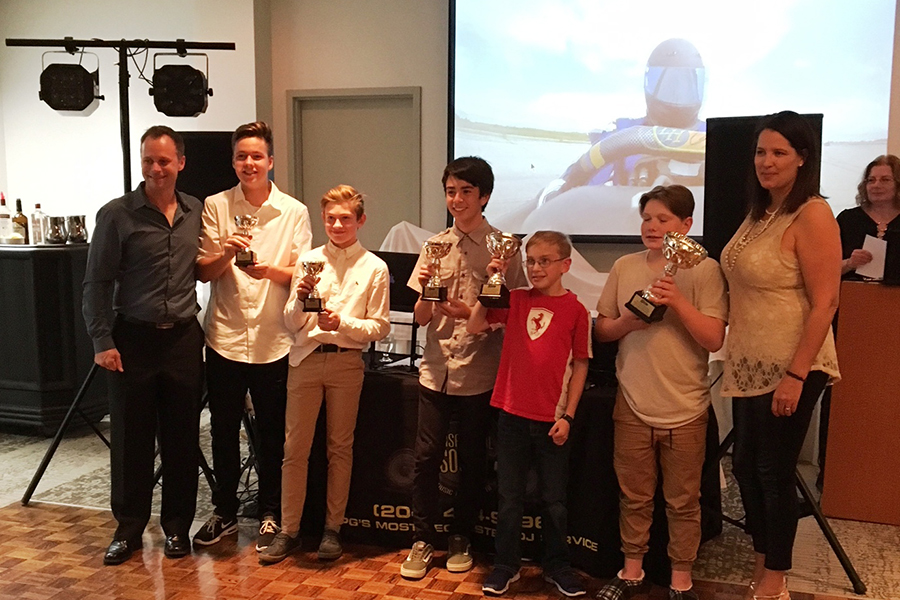 The Clarion Hotel in Winnipeg, Manitoba was the site of the Manitoba Karting Associations 2017 Awards Banquet. Friends and families showed up to celebrate our champions, special award winners and sponsors. In addition to great food, there were lots of silent auction prizes to be won.

Richard Fulham gave the address thanking the volunteers and MKA’s generous sponsors. Highlights of the Manitoba Karting Association’s 2017 season was the Annual Pink Ladies Race which raises money for CancerCare Manitoba, the Outlaw Race a fun race where we don’t scale or tech the karts, and the Prairie Championship with the return of the Shifter Karts to Gimli Motorsport Park thanks to K&K West from Alberta.

Alexis Budel was named the MKA Driver of the Year.