Top three unchanged as Craig, Norberg and Jarsocrak head to SuperNationals fighting for #1 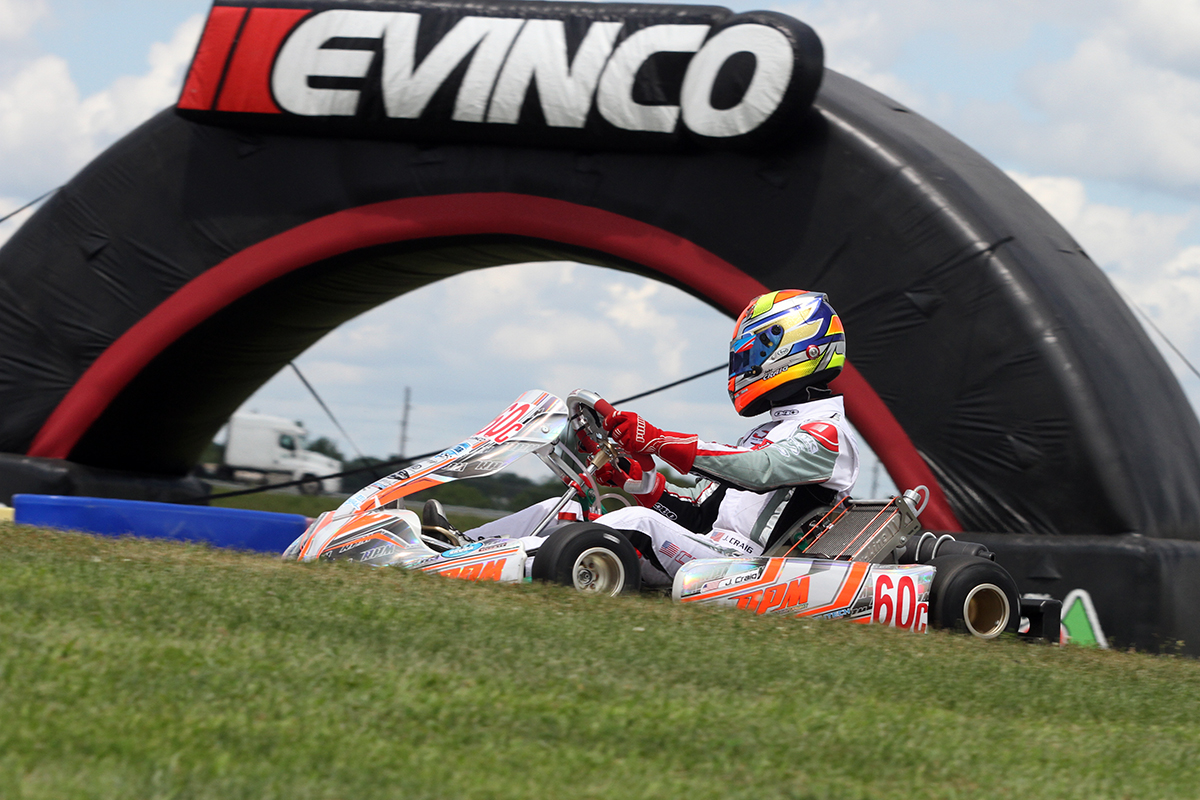 The end of the 2017 Superkarts! USA Pro Tour was very dramatic at the SummerNationals held in New Castle, Indiana back in August. That event could have reshaped the standing for eKartingNews.com TaG Driver Rankings Powered by Bell Racing USA. Each of the top three drivers, who were in the fight for the SKUSA title, came out improving their scores thanks to the addition of the WinterNationals this year. However, the order remains the same as Jake Craig holds the advantage in the standings and the chance to earn the new Bell Racing Helmet to finish in the #1 position.

Craig, a two-time SKUSA Pro Tour champion, was gunning for his third at the SummerNationals. The pieces of the puzzle did not fall his way, coming up just four points short of the championship. Craig (RPM / Tony Kart) is the defending champion of the SuperNationals, so the target is already on him before even landing in Vegas. Ryan Norberg was able to defend his SKUSA Pro Tour crown, besting the toughest field in the eight year history of the series. The Florida driver became the first to repeat in the X30 Senior category. Norberg (PSL / Birel ART) now trails Norberg by 82 points in the Driver Rankings going into the SuperNationals, a place Norberg has yet to win.

A victory on the SKUSA Pro Tour was the highlight thus far for Brandon Jarsocrak. Placing third three times on the year, and involved in multiple wrecks Saturday in New Castle, the KartSport North America / Praga driver fought back to claim his first SKUSA Pro Tour victory. With the win, the gap to Craig has shrunk to just 95 points, a reachable mark should ‘Money’ win big in Sin City. Now into fourth is two-time SKUSA Pro Tour winner Braden Eves. Piloting the Zero Error Racing / Vemme Kart, Eves won in Sonoma and New Castle, putting him solidly into the top-five of the Driver Rankings. His advancement dropped Christian Brooks (Nash / FA Kart) to fifth, who finished runner-up in the Red Bull Global Rallycross, is set for a return back to his roots. Brooks won at the recent LAKC event and is primed to be among the contenders at the SuperNationals.

Taking over the sixth spot is the new top rookie in the standings – Alex Bertagnoli. Last year’s SKUSA Junior and USPKS Junior champion had a rough first few outings but showed the speed to contend. His vice championship at the USPKS behind Jarsocrak helped to put the Franklin Motorsports / Merlin driver further up in the standings along with his first SKUSA podium at the SummerNationals. Now making his third start at the SuperNationals, don’t be surprised to find him toward the top of the time charts in Vegas. Holding seventh is two-time California ProKart Challenge champion Nicky Hays. The Phil Giebler Racing / Ricciardo driver had another stellar year in his home state, improving from his rookie season last year at the SKUSA Pro Tour.

Dante Yu was the top rookie until Bertagnoli jumped ahead of him. Yu (CompKart) had a busy 2017, racing here and across the pond, and was among the top contenders at the recent IAME International Final. The Streets of Lancaster Grand Prix winner should be on everyone’s stop watch in two weeks. Moving up to ninth is Canadian Kellen Ritter. The Challenge of the Americas and Can-Am Karting Challenge champion is set to join Team Canada at the Rotax Grand Finals in Portugal next week before returning in time for the SuperNationals to rejoin his Rolison Performance Group / Kosmic team. Completing the top-10 is another Canadian and Ritter’s teammate Samuel Lupien. The eastern Canuck used his seventh place performance on the SKUSA Pro Tour championship program to move into 10th, advancing 47 spots following the SummerNationals.

Dropping out of the top-10 is Zach Holden (Energy), scheduled to be at the SuperNationals, along with Texan David Illavia (J3 / CompKart) who is coming on strong at the end of the season. 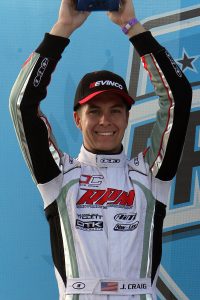 Craig took over the #1 spot in July, a position he is familiar with as he finished 2014 in the top spot. The two-time SKUSA champion and defending winner of the SuperNationals kept the spot despite losing the Rotax GN from 2016. With his limited schedule, it shows how special of a driver he truly is and why we at eKartingNews.com selected him for the Mazda Road to Indy USF2000 $200K Scholarship Shootout. Craig is on the list of 14 winners of the X30 Senior category at the SuperNationals, and could become the first to earn a second victory in the category should the Californian reach the checkered flag first on SuperSunday once again. 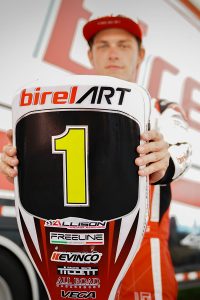 Norberg did something no one had done in Superkarts! USA Pro Tour history, defend the series championship. It was not without a season long battle from NOLA, to Sonoma, and back to New Castle where he clinched the title by four mere points. The PSL Karting / Birel ART backed that up with a third place finish at the recent IAME International Final, the best finish in the Senior category by a USA driver. Last year was his first season at the SKUSA Pro Tour, and first trip to Vegas, finishing a respectable eighth with fast lap of the race. With a year under his belt, there is no doubt Norberg will be challenging for the victory on SuperSunday. 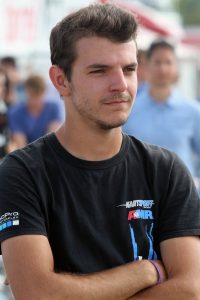 The number ‘3’ has been stalking Jarsocrak all season. The KartSport North America / Praga pilot placed third in three of the SKUSA Pro Tour main events. The ‘Shillington Slingshot’ finished third in the SKUSA championship standings, to carry the #3 SKUSA plate in 2018. And still holds the third spot in the Driver Rankings. Jarsocrak did end the year on top of the podium, winning his first SKUSA Pro Tour main event to close out the series. Now the focus for the United States Pro Kart Series champion is looking to improve on his ninth and 11th place finishes at the SuperNationals, in which I’m sure he’d be happy to take a third after starting on the pole position last year.