Dylan Tavella Inks Deal for US F4 Championships Ride in 2018 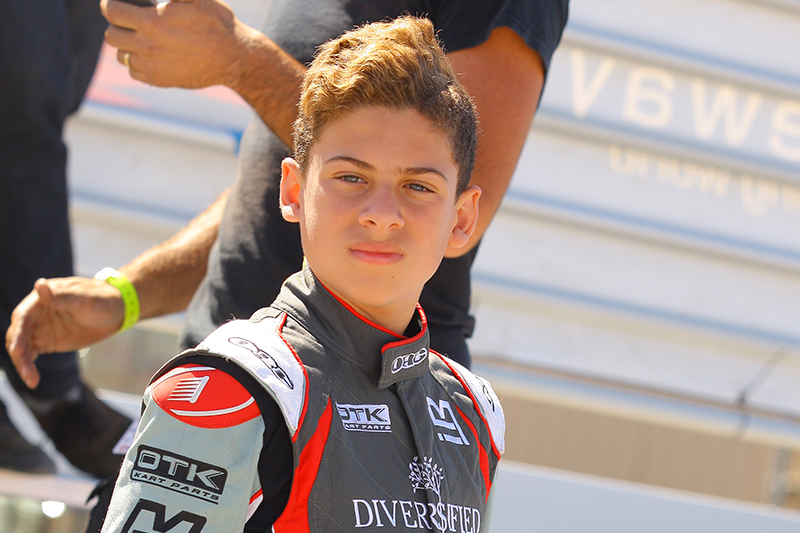 Multi-time karting champion and future motorsports star Dylan Tavella is pleased to announce that he will join the Miller Vinatieri Motorsports (MVM) F4 outfit for an attack on the 2018 United States F4 Championship powered by Honda. Hailing from a small town just outside New York City, Tavella will look to use his natural skills and abilities in the transition from karts to cars.

“I am excited to make the jump to the United States F4 program and doing so with one of the top teams in the series,” explained Tavella. “I was able to test with the MVM team a few times throughout the 2017 season and progressed with each and every outing. I have a steep learning curve ahead of me but will take it head on and do the best job possible while gaining experience to further my career.”

A karting standout throughout the years with multiple national championships, the 15-year-old prodigy will look to make a name for himself in the open wheel formula car world. Having shown speed at recent test days, the MVM team contacted Tavella and after some negotiations, agreed to sign him to a contract for the 2018 racing season.

“Dylan got up to speed relatively quickly at our evaluation and test days,” explained MVM Co-Owners, Indianapolis 500 veteran Jack Miller and four-time Super Bowl Champion and current NFL kicker for the Indianapolis Colts, Adam Vinatieri . “I was on site for all of his test laps and he never put a wheel wrong. With some more track time, experience and coaching, I believe that he can shoot for podiums and race wins in 2018 without a doubt.”

With the goal of being 100% ready for the first test and race of the 2018 season, Dylan has studied and begun to learn the ins and outs of the MVM team, the F4 car and the F4 United States Championship.

Tavella added, “Though I love karting, I have completed my final karting event. I believe that when you make the transition, you need to jump in with two feet rather than try to be good at two different disciplines.”

In other news, Dylan Tavella has also joined Motorsports Worldwide Management Group, a management program based in Atlanta, Georgia to take care of his career as begins his climb up the motorsports ladder.