New chassis focused on #OperationGrassroots movement for the entire globe 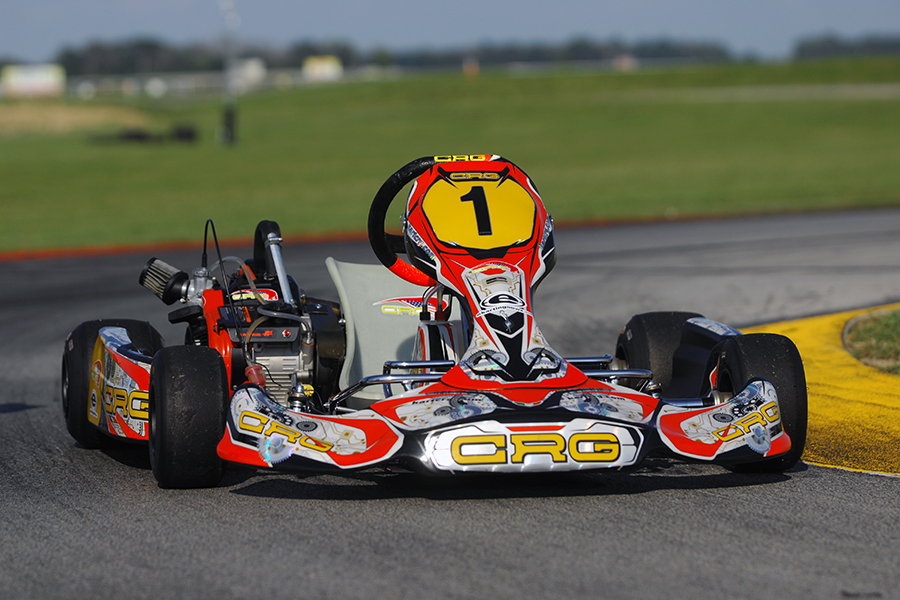 The sport of karting in North America is in a very positive place right now. The #OperationGrassroots movement continues to grow, strengthening the base of the pyramid by helping to re-establish the fun, fair, and exciting racing that we have grown to love and even form lifestyles around. This movement has caught the attention of the world, as we are now seeing the ‘out-of-the-box’ Briggs & Stratton 206 engine gaining interest outside the United States and Canada, reaching to Asia and now into Europe. Behind the foundation of growing Briggs racing on the other side of the Atlantic Ocean is one of the sport’s powerhouses, CRG. 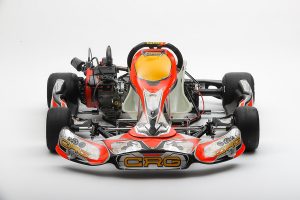 Positioned as one of the leading kart manufacturers, it’s extremely exciting that CRG has developed an entry level (or ‘low cost’) program that they can take to tracks throughout Europe to help bridge the gap between their rental kart program and the high level that club racing has become in Europe. Here in the United States, we have had a number of grassroots programs – such as the Yamaha, KPV and other 100cc engine platforms – that have bridged the gap between the concession karts and fast, more expensive competition karts such as TaG or shifterkarts. This has not been the case in Europe.

CRG has been closely following the success that the Briggs & Stratton 206 engine has enjoyed throughout North America over the last few years. American chassis manufacturers have developed their own ‘spec’ karting package that included the Briggs powerplant, and the Italian manufacturer has taken notice, developing their own complete package utilizing the CRG FS4 chassis.  In Italy, CRG is working to develop a network of karting tracks to promote events and local races, with the objective to keep costs at a minimum and the ultimate goal of sending select drivers to a Briggs Kart Championship event. The effort is focused on the Senior class at this time, but expansion to include Junior and Cadet categories is in the future, as CRG is going ‘all in’ to reach out to new potential racers.

Here in the US, CRG Nordam has rolled out the new chassis to market to the growing 206 community.  The CRG FS4 is designed to offer an affordable racing package with easy management and low maintenance costs with the Briggs & Stratton engine. The FS4 is manufactured with the same quality and build effort of the high-horsepower CRG models.  Here’s a look at the specs: 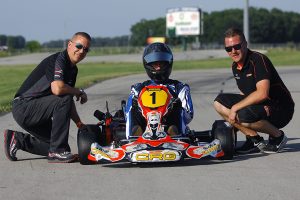 I had a chance to sample the CRG FS4 / Briggs 206 package myself during the SKUSA SummerNationals weekend at the New Castle Motorsports Park. On Thursday afternoon following unofficial practice, I took the ride out for roughly 20-30 laps with assistance from Euan Jeffrey and CRG Nordam. Briggs & Stratton’s own David Klaus was also on-hand to see the kart in action, following meetings with Mr. Jeffrey and CRG owner – Mr. Giancarlo Tinini. 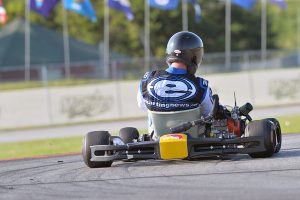 The track was extremely hot, and very grippy with the high temperatures and a record number of shifterkart and TaG entries on hand. The first few laps were used to get familiar with both the CRG FS4 and the track conditions. Despite having competed in many street races and countless road racing events, I have very little experience with a track that holds a massive amount of grip. I wasn’t expecting the track to have rubbered up as much as it had by the end of Thursday, but the grip was aggressive, especially for a low-horsepower four-cycle kart.

One of things I noticed quickly was the long brake pedal. Now when I say ‘long’, I don’t mean the actual length, but the reaction time to when you begin to feel the slow down of the kart relative to the press of the pedal. Some brake systems are designed for instant, quick locking of the rotor, this one is not. Talking with Euan about the brake system, they felt it was a needed feature on the kart to help eliminate the drivers from ‘riding the brakes’ or using them up more than normal in terms of maintenance.

The thing I really liked was the front-end geometry. For me, I love having a ‘light’ steering wheel, one that doesn’t require me to muscle the thing in order for the kart to turn. The term of ‘loose is fast’ is how I like to set-up my kart. From my perspective, putting more grip into the kart can be easier than taking the grip out in racing the Briggs 206 package. Around the 1-mile course, I was able to put the kart where I wanted, trying different lines around the high-grip surface. With so much grip on the track, we could have made adjustments to help free up the kart on exit if we had more time.

As expected, I was able to get quicker and quicker, nearly getting into the 1:18 range for a lap time. That’s about one-second off the times set by the Briggs 206 class in qualifying at the WKA Manufacturers Cup Series event in July on Bridgestone YLC tires – meaning no draft because as we know the draft has a massive effect on the overall speed of all categories at New Castle. We were utilizing the MG HZ (Red) tires for this test, which is rated higher in the durometer chart, a harder compound. Weight-wise, the kart came across the scales at 160 lbs. with no additional ballast added. For me, a 200 lbs. driver, the FS4 is the perfect weight. Drivers in the 170 lbs – 190 lbs range are in the window to be able to add the weight they need, where they need it, to make the minimum weight and all the correct balance numbers. Now if we can just get the Masters weights lowered, I’ll be in better shape, as adding 30 lbs. may be tough!

A unique component on the CRG FS4 package is the motor mount. CRG has developed two lightweight magnesium motor mounts for the Briggs & Stratton engine package to fit their chassis and select others on the market – weighing roughly 2 lbs. The two models feature a wide-offset and a narrow-offset, with each having the ability to be mounted to 28mm or 30mm chassis. Briggs & Stratton Racing’s David Klaus signed off on the engine mount, as he noted the placement of the engine helps balance the crankshaft, and can eliminate vibration with the optimal location on the chassis. The CRG Briggs engine mount is a solid piece, removing the engine plate. Those mounts that require multiple bolts and nuts can misalign the engine, thus not giving the chain the proper alignment and reduce the output power. 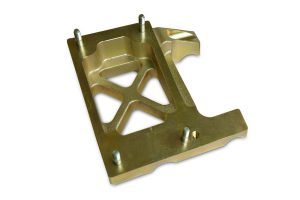 The CRG FS4 has been developed and raced throughout the 2017 season here in the United States. LSR Motorsports in South Bend, Indiana has been a long-time dealer and supporter of the CRG brand. Owner Marshall Martin had this to say about the new chassis.

“We have been working with CRG Nordam since they began developing the FS4. At the recent 206 Cup Grand Championship, we had one driver entered in the Masters class, his first race outside of our home track at Michiana Raceway Park. We continued to make chassis adjustments, everything from wheel width to alignment. Some of the changes worked and some didn’t, but what was important was each change was felt immediately within the first few corners. This is a characteristic of all CRG chassis products and why we continue to support the brand. We have sold a handful of FS4 before and after this race, more people interested in hitting the track with the new CRG FS4 in 2018.”

CRG Nordam’s lead driver Brenden Baker was a vital part in the development of the CRG FS4. His racing at Texas clubs helped to put the FS4 into its final stage and ready for the karting market.

“My first impression after driving the FS4 was how quickly the chassis brought me up to speed in a category, which I had never driven before. One of the main reasons the FS4 made this transition from TaG to 206 so simple was how quickly we were able to find the appropriate setup for the chassis. A small caster adjustment and a gear change was the extent of our chassis adjustments, and from there on the chassis was quick. Overall, my takeaway from driving the FS4 was very positive. The chassis needed very few adjustments to be fast, which I believe is extremely important for someone new getting into karting through the 206 program. It is very exciting to see a karting manufacture like CRG take interest in growing this program.”

The #OperationGrassroots movement is in full steam ahead, with Briggs & Stratton enjoying the fun and excitement the 206 engine platform has brought back to the sport. Now the chassis manufacturers are taking note, and CRG continues to be a world-wide leader in the industry. This new grassroots movement in Europe may lead to a much larger base of karting enthusiasts that may develop some of the next karting stars or future motorsports professionals. 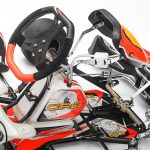 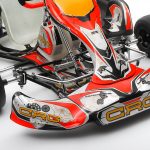 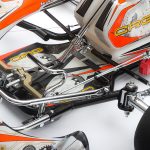 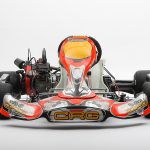 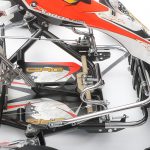 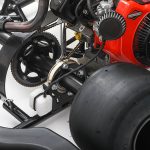 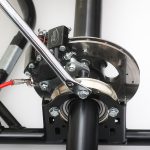 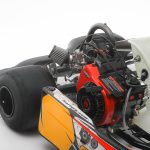