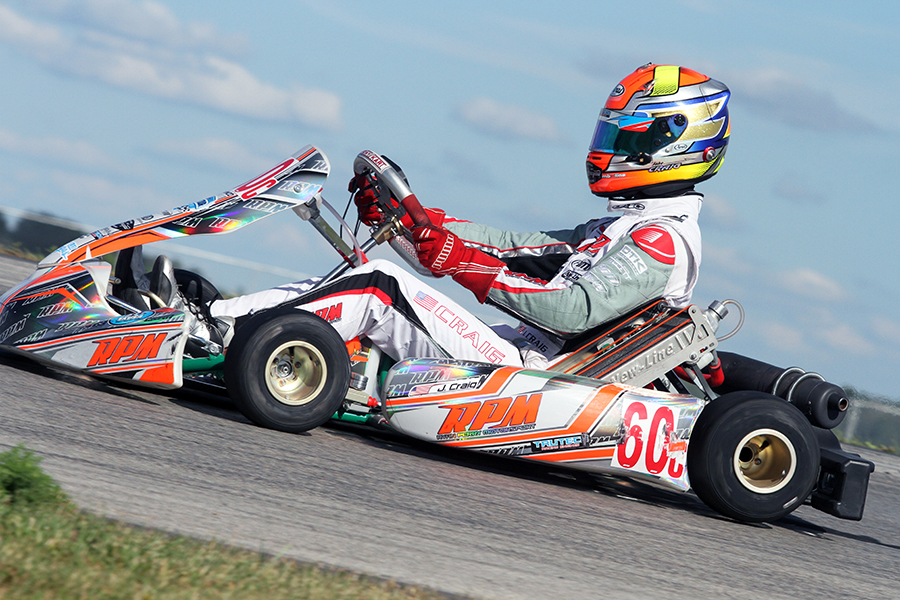 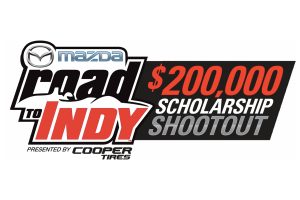 After a comprehensive review process by karting industry authority eKartingNews.com’s Publisher/Editor-in-Chief Rob Howden and Managing Editor David Cole, Mission Viejo, Calif., native Jake Craig, 19, emerged from a list of six finalists to earn a coveted ticket to the Mazda Road to Indy USF2000 $200K Scholarship Shootout. Howden and Cole were tasked with the difficult decision to select one up-and-coming karter to contest the Shootout at the Bondurant Racing School near Phoenix, Ariz., on December 9/10, which will see the champions of 17 series around the globe and three at-large entries vie for a Mazda Scholarship into the 2018 Cooper Tires USF2000 Championship Powered by Mazda.

Craig has become one of American karting’s most visible and well-known stars since sitting in a kart for the first time at the age of 5. He holds 12 national championships and has been the #1 ranked driver on eKartingNews.com’s prestigious TaG driver list in 2014 and 2015. He currently holds that position again heading into the Superkarts! USA SuperNationals in Las Vegas next month where he won from a field of over 80 drivers worldwide last year.

Recently adding the graduation to cars to his resume, Craig tasted the waters in the USF2000 series in a test with Newman Wachs Racing last month and will return to the team this weekend to participate in the seventh annual Chris Griffis Memorial Test at the Indianapolis Motor Speedway.

“We’re honored to have been asked to offer a selection for the 2018 Mazda $200,000 Scholarship Shootout and we have no doubt that Jake will be impressive in Arizona,” offered Howden and Cole. “Jake’s an incredible talent and a class act; a young man who displays maturity and poise both on track and off.  He’s been at the top of our driver rankings for years, spending a majority of that time at #1.  When we looked at all the talented karters in our sport, Jake stood out as the driver who has truly earned this opportunity and carries the skill set needed to challenge for the top prize at the Shootout. We know that he’ll represent EKN and the sport of karting well.” 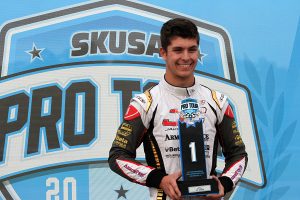 Craig is a two-time SKUSA Pro Tour and Rotax Grand National champion and the 2016 winner of the SKUSA SuperNationals (Photo: EKN)

“Grassroots racing is very important to Mazda, and karting represents such a critical opening step on the racing ladder,” said Kyle Kimball, Operations Manager for Mazda Motorsports. “It was important for us to make sure we had a proper representative from that world, and who better than Rob [Howden] and David [Cole] to select the best candidate? We’re looking forward to seeing Jake Craig in action at the Bondurant Racing School for the Mazda Road to Indy Shootout.”

Craig is among 12 drivers to date that have confirmed entry tickets with additional tickets to follow as racing seasons draw to a close. The most recent was Elliot Finlayson, 21, of Yorkville, Ill., who earned his ticket by winning at the SCCA National Championship Runoffs at Indianapolis in a flag-to-flag victory in his FE (Formula Enterprises) Mazda.

“I am so honored to have been selected for the MRTI Shootout!,” said Craig. “Karting has been such a big part of my life and it’s humbling to be selected by EKN. I can’t wait to get to the Shootout and compete for a career changing opportunity. Big thank you to everyone at eKartingNews.com and Mazda!”

The next winners to be announced will follow the completion of the Formula Ford Festival at Brands Hatch, England, this weekend and the Walter Hayes Trophy on November 4/5 at Silverstone – the Home of British Motor Racing.

A final list of all participants will be announced in the near future as well as the panel of judges and a detailed schedule.

About the Mazda Road to Indy $200K Scholarship Shootout: Launched in 2016, the MRTI $200K Scholarship Shootout (#MRTIShootout) is an unprecedented event which brings together talent from select junior level open-wheel and karting series from around the world with the best-of-the-best vying for a slot on the first step of the Mazda Road to Indy Presented by Cooper Tires driver development ladder, the Cooper Tires USF2000 Championship Powered by Mazda. The Mazda Road to Indy offers scholarships for talented young drivers to progress all the way from the grassroots of the sport to the Verizon IndyCar Series and the Indianapolis 500.