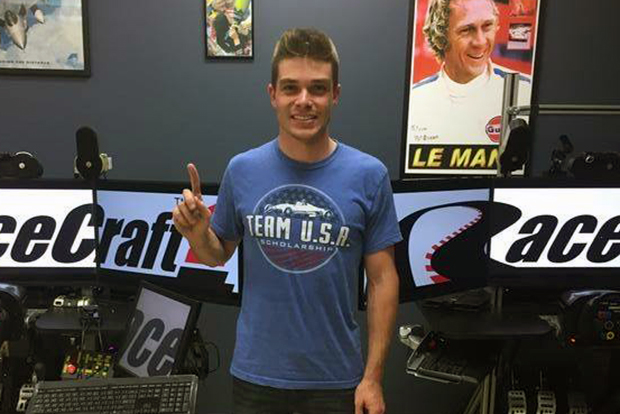 It’s not every day that you have the chance to represent your country at the most prestigious Formula Ford events in the world. That is the opportunity Jeremy Shaw and the Team USA Scholarship has given me. It was just this year that I made the step into single-seaters from karts to cars, and now I look to follow in the footsteps of many great drivers who have passed through this amazing program. 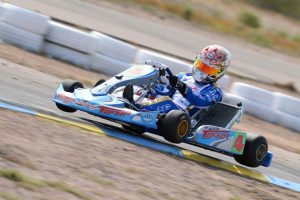 Koytk at the SKUSA SpringNationals in 2016 (Photo: On Track Promotions – otp.ca)

It all started back in 2010 when my parents took me to an amusement park in Orlando, Fla. There on my birthday I got behind the  wheel of a go-kart and that’s when the racing bug bit me. Ever since that day my goal was to become a race car driver. After a few weeks of considering the sport my Dad and I found an inexpensive go-kart. We began to go out every weekend at the kart track in Jacksonville, Fla., running laps after laps. I knew that to reach the top I was going to have to work hard and stay focused. From there I started racing locally. Once I achieved some success it was time to compete at a higher level. From there my Dad and I started traveling around the United States in a Mazda Miata with a small open trailer with the go-kart in tow competing in regional and national events. It was tough at first going up against big teams but eventually the arduous work paid off.

At that time a karting team named Ocala Gran Prix gave me the chance to become an official driver. The team took me under its wing offering guidance and developing my skills. This gave me the opportunity to compete at a higher level that my Dad and I alone could not achieve. Since I started karting later than most drivers I knew I had to go above and beyond if I wanted to make a name in the sport. Traveling to Ocala every weekend I made sure to practice perfect. Like before my hard work and determination led to success. After achieving race wins, podiums and championships at the local to international level across the U.S. with Ocala Gran Prix, an opportunity arose with Top Kart USA. There I worked with the team developing the chassis. I was also to achieve my Bachelors in Marketing from UCF, graduating in December, and in 2017 was able to make the transition from karts to cars with Team Pelfrey. 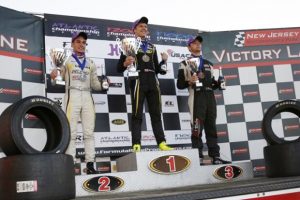 Koytk on the podium at the F1600 Championship

This year was my debut in open-wheel competing in the Formula Race Promotions F1600 Championship Series and the SCCA Majors/Runoffs. I could not have asked for a better season. I achieved eight wins, seven seconds and two thirds, taking home second in the championship in the Pro Series. It also provided me the chance to meet Jeremy Shaw, who selected me as one of the top 10 finalists for Team USA and invited me to Mid-Ohio. There I was interviewed along with the other nominees in front of an all-star panel of judges. Next I was chosen as one of the six finalists to attend a shootout at the M1 Concourse circuit in Pontiac, Mich. Competing against the other drivers in the Lucas Oil School Cars, I used what I have learned over the years and focused on being the best I could be on and off the track. A few weeks after the event I received a phone call that has provided me an opportunity of a lifetime: Jeremy had chosen me to represent the Team USA Scholarship along with Aaron Jeansonne.

Being selected for the Team USA Scholarship is a huge honor. It provides me the opportunity to race in the Formula Ford Festival at Brands Hatch as well as the Walter Hayes Trophy at Silverstone. These are some of the most prestigious junior formula car events in the world. It means a lot to me to be able to carry the Team USA colors. My hard work and determination to become a race car driver has led me this far and I’m only going to work harder to achieve my goal to become an IndyCar champion.

Along with the chance the compete in the United Kingdom the Team USA Scholarship also provides me with an excellent network, which includes meeting people from throughout the racing industry who can help me throughout my career as a race car driver. This is an amazing opportunity and I would like to thank Jeremy Shaw, the Team USA Scholarship and all its partners for believing in me.