Series finale to christen the Speedsportz Racing Park in Houston 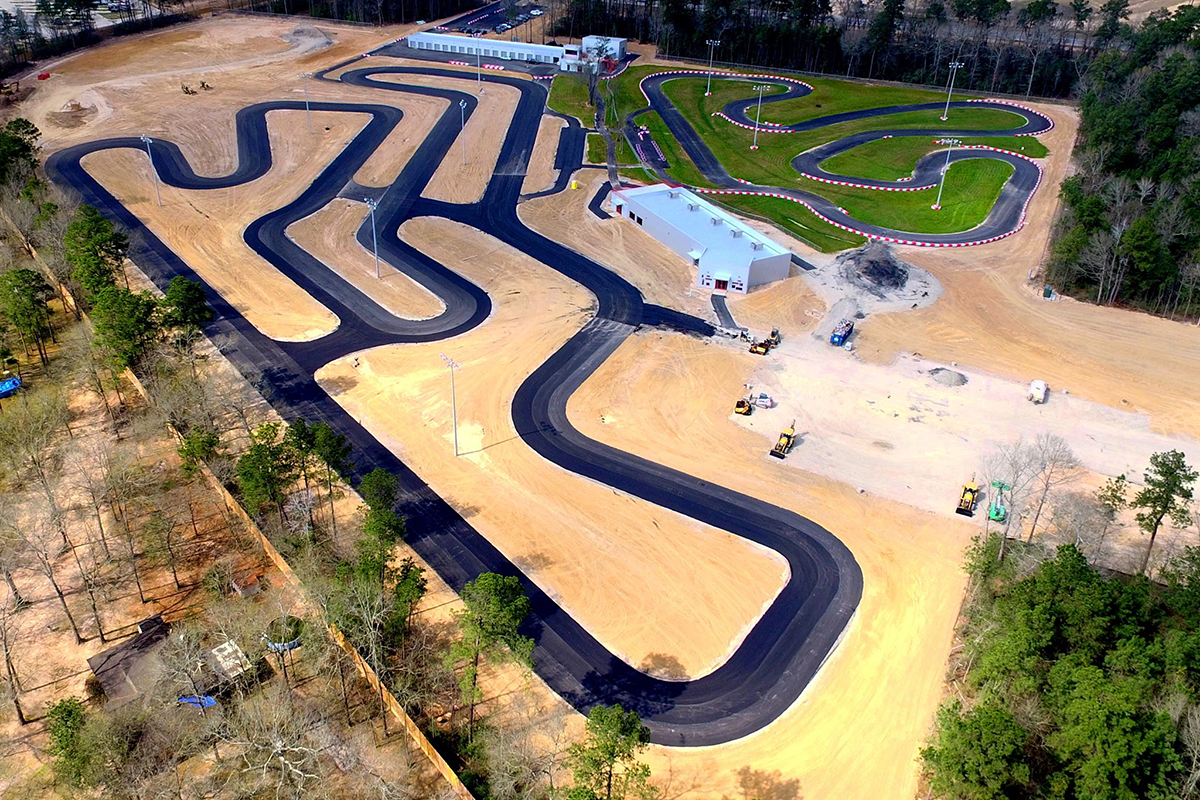 The Texas ProKart Challenge made their full transition to the Superkarts! USA platform in 2017 and the results have been as expected, with the series continuing to solidify its focus and approach.  This year, running the IAME and Stock Honda categories, the TPKC hit the primary Texas tracks in Dallas and Katy after kicking off the season at NOLA Motorsport Park in February, and then added in the first-ever run at a virtually unknown jewel of a track in Amarillo.  After cancelling the planned September race in Denton to allow time for teams and families to deal with the effects of Hurricane Harvey, which hit Houston, the stellar schedule is being capped this weekend.

The series will christen the new Speedsportz Racing Park facility in the town of New Caney, which is just located just 25 minutes north of George Bush Intercontinental Airport in Houston.  Karting veteran, series champion, ambassador and educator Alan Rudolph is the co-owner and manager of the track and he is extremely excited to show off the facility with a major regional event.

As a brand new track, this weekend’s event will also present a valuable opportunity to test for the upcoming SKUSA SuperNationals in Las Vegas, pushing drivers to learn a new layout over a three-day weekend.  The SuperNationals’ temporary track layout puts the onus on coming up to speed quickly, which is not a skill set that is often learned these days, as pre-event testing and practice have become the norm. Drivers heading to the SuperNats should look at this weekend as an opportunity to push themselves.

Brett Mitchell leads the X30 Senior championship standings heading to the finale, while Ethan Arndt shows the way in X30 Junior.  All five of the race groups have logged double-digit pre-entry numbers, and there are indications that this race could become the biggest in the history of the Texas PKC. Mini Swift has the largest pre-entry with 18 drivers already confirmed. Cooper Shipman and Jack Jeffers lead the standings in Micro Swift and Mini Swift, respectively. The current Stock Honda entry list sees 18 drivers over the four categories (S1, S2, S3, S4), although more are expected to enter.  Veterans Jordan Musser and Chris Jennings are on the entry for Speedsportz, and they will run in the S2 Semi-Pro Stock Honda class, as will former SKUSA S4 champ Ryan Kinnear. Riley Dickenson and Nathan Adds are embroiled in a great battle for the S2 title, so they’ll have an even tougher fight on their hands as these top S4 drivers prepare for the SuperNationals. S2 has 11 entries at this time. Diego Villifani leads the standings in S3, while Nathan Stewart is the top dog in S4.

The event will run two separate days of competition on Saturday and Sunday, utilizing SKUSA progressive approach of qualifying, two heats and a main. EKN’s Rob Howden will be making the trek to Houston to call the action, and he will be filing trackside reports in addition to weekend updates through the site’s social media accounts.

The series will also be celebrating the 2017 season with Saturday night party from 5:00 pm to 7:30 pm and will announce their 2018 schedule during the festivities. The series is bringing in a couple of cool local food trucks to offer up a great selection for the racers and their families, which will round out what is sure to be a fantastic weekend of racing.

Stay tuned to EKN for daily reports and keep an eye on our social media accounts for images and video from trackside.