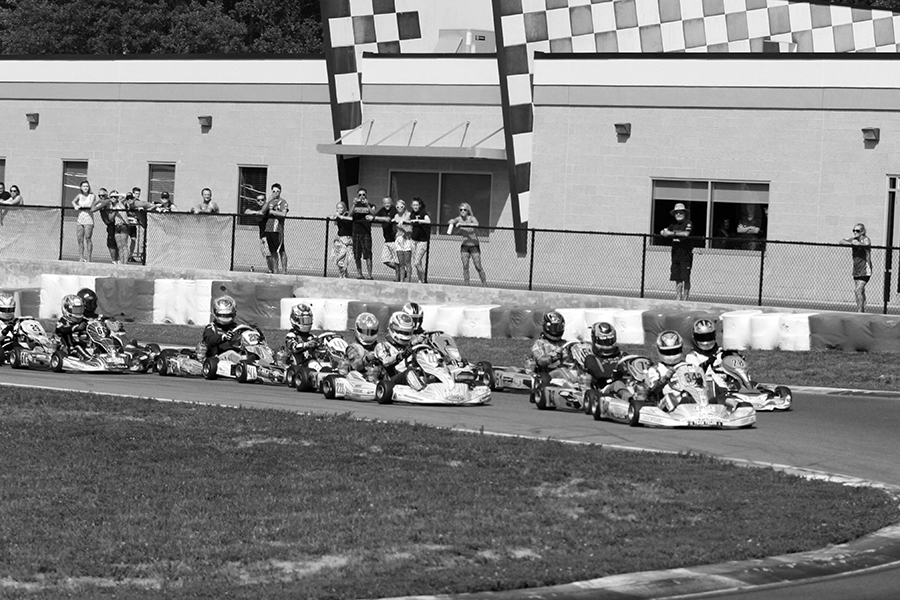 The World Karting Association Bridgestone Manufacturers Cup Series is putting the 2017 season in the books this weekend, hosting the Top Kart USA Grand Nationals at the GoPro Motorplex. The October 13-15 event is the fifth stop of 2017, set to host Round 9 and 10 in the best of eight title chase for the eight championship categories. The Mooresville, North Carolina facility celebrated the fifth anniversary after opening the doors to the popular circuit in 2012, and is welcoming nearly 140 pre-entries.

eKartingNews.com will be at GoPro Motorplex throughout the weekend to provide the industry leading Trackside Live coverage. Live audio featuring play-by-play provided by Eric Brennan will be available through the EKN Live page – www.ekartingnews.com/live – along with daily reports, forum updates and more through the EKN social media. 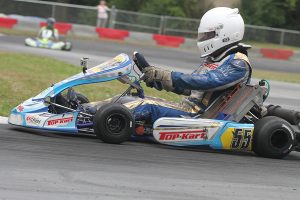 The KartSport North America Pro IAME Senior will be an interesting battle to the end in the championship chase. Current championship leader Braden Eves (Zero Error / Vemme) is in Italy competing at the Rok Cup International Final, and thus leaves his 1389 points as the benchmark to reach for the other two contenders. Alexander Kardashian leads AMK / Top Kart teammate and Bridgestone Mid-Season Shootout  winner Brandon Lemke by 54 points. Each have a victory on the year, with Lemke holding one more runner-up finish to Kardashian’s one. They should be able to earn enough points to surpass Eves total, however, a number of strong contenders make up the 24 entries registered. Ashley Rogero and Dusty Davis are key local drivers – Daytona podium finisher Austin Garrison (CompKart), Wisconsin podium finisher Lane Vacala (CompKart) along with Canadian Ryan Macdermid, and Californians Nicky Hays and Colby Dubato (Vemme).

Eves also leads in the FranklinKart.com Yamaha Senior standings. The 25-point advantage will be gone once the event begins, putting Dakota Pesek as the driver to beat in the championship race. Fellow Top Kart driver Alexander Kardashian is just nine points back despite Pesek winning four of the eight races heading into this weekend. It was Kardashian that stopped Pesek’s win streak at three, following a win in Pittsburgh and sweeping the New Castle weekend. 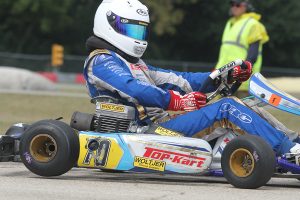 Four wins on the year put Dakota Pesek as the driver to beat in Yamaha Senior (Photo: EKN)

Through the first five rounds of the Comet Racing Engines Yamaha Junior championship, it was a duel between Colin Neal (MDD / Vemme) and Elliott Budzinski (KC / Tony Kart). The two went back and forth with the wins, Neal earning three and Budzinski two. Spike Kohlbecker (Margay) broke it up on Sunday in New Castle, and the two have yet to return to the top step of the podium. Now, Tyler Ferris (Top Kart) has snuck up and taken the championship lead with seven podium finishes, including four runner-up results. His advantage is up to 125 points over Neal with Budzinski trailing by 200. Factoring in two drops and what happens this weekend, things may change. The weekend in Wisconsin saw hard fought battles throughout the event, and the Grand Nationals should be no different with another strong field in attendance. 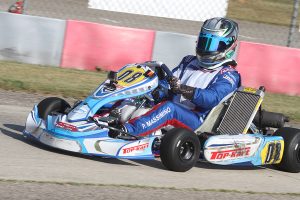 The IAME USA East Pro Swift Sportsman standings has the top two drivers in a tie. Connor Zilisch (Energy) and Santiago Trisini (Benik) are locked up at the front of the championship chase. The bad news, neither will be in attendance with Zilisch using the Bridgestone Mid-Season Shootout ticket to race in Italy this week, while Trisini is racing at the IAME International Final in Le Mans, France. Their absence promotes Logan Adams (Benik) to the championship lead, needing to first earn at least 210 points to jump over the top two. His advantage is just 28 points ahead of two-time race winner Ashton Chilton (Nitro Kart). Annie Rhule (Energy) and Thomas Schrage (PCR) are also in the hunt, with both looking for their first wins of 2017.

The Adams brothers hold the top two positions in the Allison Racing Engines Yamaha Sportsman standings. Current championship leader Mateo Rubio-Luengo (Benik) is competing in Le Mans, France this week, and is relinquishing the top spot to Garrett Adams (Benik). Ninety points back is Logan Adams (Benik). Each have a win on the year in the class with seven different winners in eight rounds of racing. Sam Hinds (FA Kart) is one of them, just over 100 points back of Garrett in the standings. If another driver is to win, Annie Rhule (Energy) is your choice. Rhule grabbed her best finish on the year with a third place in Wisconsin, looking to break through with her first WKA victory. 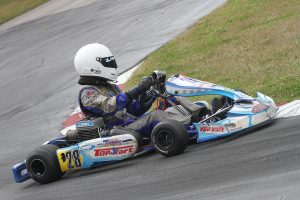 Mateo Rubio-Luengo (Benik) has collected the most points through the first eight rounds of racing in the CRPRacing.com Mini Swift category. With his presence in France for the IAME world championship, he will give up the chance to earn two WKA championships. Ben Maier (Nitro Kart) steps in as the point leader after coming off earning the Bridgestone Mid-Season Shootout title. Not yet old enough to compete at the International level, Maier has stayed state-side and looks to lock up the WKA Eagle championship. Trailing Maier is three time winner Caleb Gafrarar (Parolin). The gap is just 55 points entering the weekend.

The Briggs & Stratton 206 championship chase is down to three drivers. Eric Fagan (Track Kart) is the lone competitor to compete in all eight rounds, and leads the standings over David Kalb Jr. (Eagle) by 187 points. Kalb along with Zach Linsell (MGM), who is another 150 points back, have missed two rounds already. The points they accumulate in Mooresville go directly to their total while Fagan has the chance to improve his best eight-round score for the series championship.

IAME KA100 class will be added to the WKA Manufacturers Cup Series in 2018, and a local option class was included for this weekend. The class will only compete on Saturday, with Friday practice also included for the category. A total of eight drivers have pre-registered with more anticipated for during at-track entry.