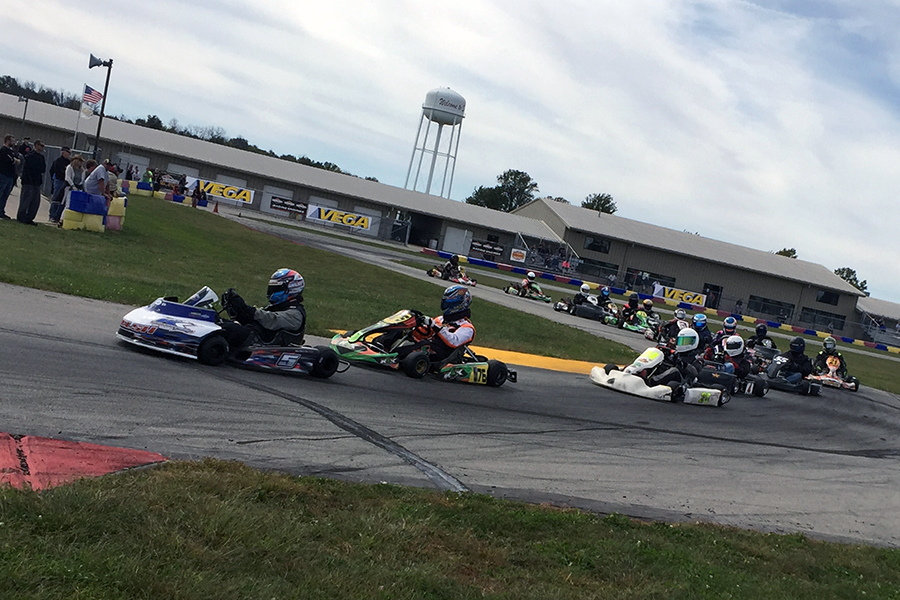 In their fourth season, the 206 Cup held the first-ever Grand Championships at the New Castle Motorsports Park on September 30-October 1. The event was made up as two separate race days, featuring nearly 150 entries each day that included top drivers from the 206 Cup Divisional Series as well participants from across the USA, Canada and Brazil. The international level of competition, complimented by over $25,000 of awards and prizes made this the largest 4-Cycle karting event in the country this year.

Picture perfect weather and one of North America’s premier facilities set the perfect stage for Saturday’s round of races. The first feature of the day was the Sportsman class which had Aryton Grim winning by a margin of more than five-seconds over Clay Thompson and Josh Fiene. The Senior Heavy class was a barn burner, with only one second separating the eventual winner Justin Wishard from Grant Zimmermann and Connor Lund. Brady Schad claimed victory in the Trudell Performance Kid Kart Class, finishing ahead of Porter Trudell and Joe Bolen. 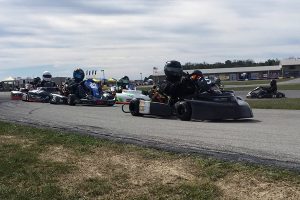 One of the many track layouts was used for the 206 Cup GC weekend (Photo: 206Cup.com)

The fourth class of the weekend was a new addition to the 206 Cup format, the CIK Senior Medium class, which welcomed 26 drivers to the new exhibition class. Jeremy Warren claimed the victory with Marc Stehle in second. David Patrick, whom started in row 5, was able to make his way all the way to finish in third place. The Viking Kart Products Junior class was lead flag to flag by Stefano Lucente, with Gabriel Savoie and Jordan Prior following nose to tail behind him. Scott Jefferies claimed victory over Michael Welsh and Marc Julien in the EK Chain / KartRacewear Masters class. Rounding out the day, the Faster Motors Senior Medium class had Colin Warren making his way to the front to win from row 4, narrowly holding onto the victory after a last lap charge from Jesse Clossey and Sarah Luoma, who finished in second and third respectively.

Sunday brought a new day of racing, and many racers whom had struggled on Saturday made adjustments overnight to find the speed they needed for Sunday’s main events. Cayden Fretwell claimed victory in the Sportsman class over Camden Gruber and Callum Baxter. Grant Zimmermann was victorious over Chase Stempfley and Sarah Luoma in the Senior Heavy class.

Brady Shad again won the Trudell Performance Kid Kart class, edging out Parker Trudell and Joe Bolen. Shad was only one of two drivers to win both days of competition in any single class. CIK Senior Medium saw extremely close action, with Colin Warren taking the lead with 2 laps to go and holding onto the win over Jeremy Warren. Marc Stehle and Steven Kilsdonk swapped positions behind them back and forth many times in the closing laps, but Stehle was able edge out Kilsdonk by five hundredths of a second to claim the final podium position. 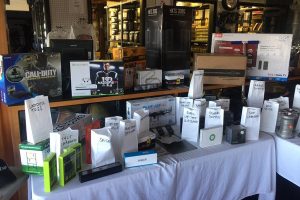 Elijah Skaggs drove his way to victory in the Viking Kart Products Junior class over Macon Moore and Kevin Lanyi, while Michael Welsh took the top spot in the EK Chain / KartRacewear Masters class with Scott Jefferies and Jamie MacArthur right in tow. In the final race of the weekend, Collin Warren repeated as the Faster Motors Senior Medium class winner over Ryan Cassity and Jesse Clossy in a very tight battle for the final two spots on the podium.

The organizers for the 206 Cup have already committed to the second installment of their Grand Championship event at the New Castle Motorsports Park in September 2018. With their growing divisional competition and national draw, it should be the highlight of the 2018 4-Cycle season.