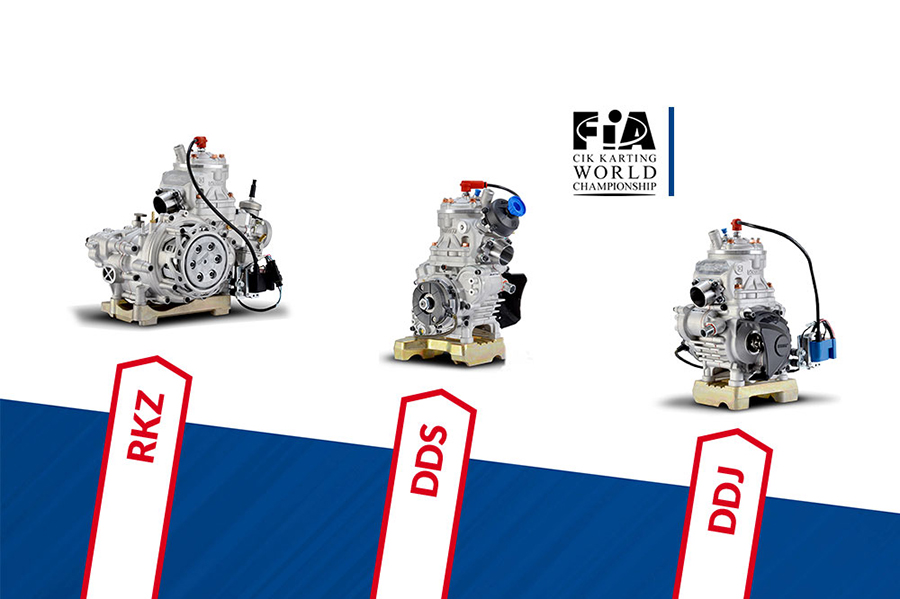 September has been the month of the three CIK-FIA World Championships. OK and OKJ rounds saw the Vortex engines on the podium, missed in KZ, but with RKZ in a real fight for the title.

On the occasion of the world championship held on the British PF International track, attendance in OK category was really high. 46.8% of drivers (and teams) chose Vortex for the world race. Nex to to such figures there were top-level performances, with the second position of David Vidales in the final (Tony Kart Racing Team) and the third one of Juho Valtanen (Kohtala Sports). In addition, in the world top-ten list there are six DDS engines (60%). During the heats the DDS qualities were already clear with eight successes gained by Vortex drivers (Hiltbrand, Valtanen, Vidales, Kenneally and Bulantsev).

Even in OKJ we had a Vortex on the podium, it was the British Harry Thompson’s (Ricky Flynn Motorsport) third position and first of the six DDJs who entered the top-ten list of the final (60%). Just Thompson was the driver winning the heats, not less than four, furthermore the DDJ engine set another five times (Maloney, Brizhan and Doohan) during the qualifying heats to the final. The attendance record is also Vortex in OKJ class, with 43.9% presence.

In the World Championship reserved for KZ class, the RKZ has shown off its speed skills, finishing the heats in third place, with a heat won by Patrik Hajek (Kosmic Kart Racing Department). In the final, a collision, when Hajek fought for the first position, cut off the Vortex driver from the race. At the finishing line the first RKZ engine got the sixth with Simo Puhakka (Kosmic Kart Racing Department) and in the top-ten list there were two other Vortex engines, Ardigò and Hiltbrand’s. Last but not least, the best lap of the final went to Vortex, thanks to Jordon Lennox-Lamb (Tony Kart Racing Team).