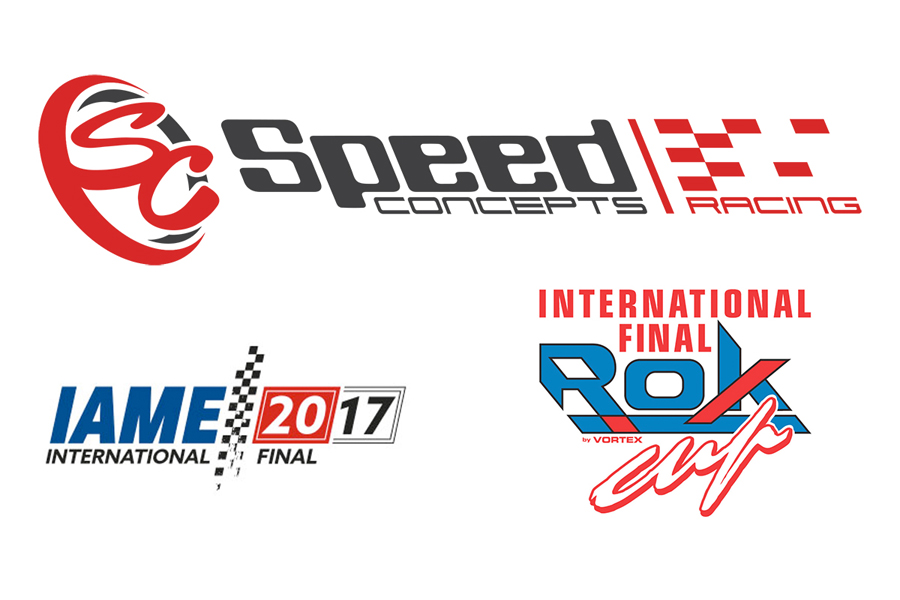 As the first official season of competition continues for Speed Concepts Racing (SCR), the Florida based squad is set to send five fast and deserving competitors to the Vortex ROK International Finals. Taking place at the famed South Garda Karting facility in Lonato, Italy over the October 11-14 week, Noah Baker, Paul Bocuse, Jeremy Fairbairn, Tyler Gonzalez and Alex Powell will all represent Speed Concepts Racing while joining Team USA at the prestigious event.

“It has been a tremendous season to date,” expressed Mike Speed, Owner of Speed Concepts. “We have seven talented drivers that have raced with us this season and who have all performed very well. We have claimed race wins, podiums and championships in several different series with several different engine platforms but we are not done yet.”

Heading to Italy in early October with five drivers, a sixth driver from the Speed Concepts Racing camp will head to Le Mans, France for the IAME International Final. Taking place October 9-15, Tyler Maxson, courtesy of the IAME Wildcard program, will look to make Speed Concepts victorious in France while a quintet of his teammates compete in Italy.

Speed continued, “The season always begins very hectic with multiple series and then slows down through the summer months. The end of the season is typically the time of the year where the biggest events of the season are held and I feel that as a team, we are just starting to hit our stride. As excited as we are to finish the 2017 season strong, we have already begun to plan for 2018 and will have an announcement on our series of competition in the very near future.”