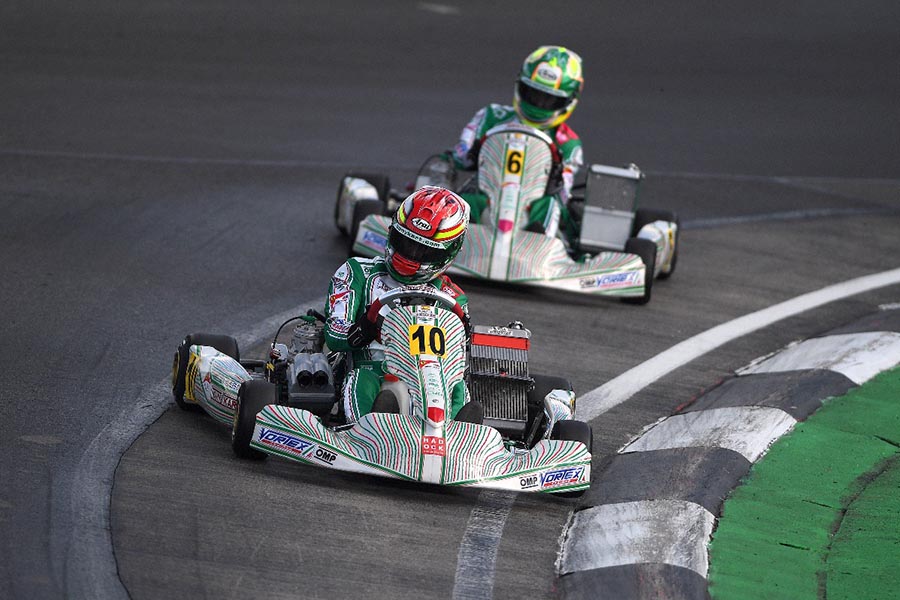 In the double world event, OK and OKJ, we shone in OK class, with Vidales’ second position.

We were absolute leaders in the past weekend on the occasion of the CIK-FIA World Championship. The world OK competition can be filed with the second position of David Vidales and the excellent sixth of Gianluca Petecof. Also the fourth position of Paavo Tonteri (KSM Schumacher Racing Team) at the wheel of a Tony Kart-Vortex confirms the high technical qualities of our material. Even though the team is very satisfied with David’s result, there is a bit of bitterness for the opportunity missed by Pedro Hiltbrand, who had to withdraw at the second lap already, after he jumped from the first row. Pedro’s huge potential as well as our chassis competitiveness were soon clear since the qualifying heats, with not less than three victories (2 of Hiltbrand and 1 of Vidales) and two best laps. Tony Kart-Vortex success in the heats were six, and others came thanks to Bulantsev (Ward Racing) and Kenneally (Baby Race Srl).

Andrea Rosso performed a formidable comeback in the final of the cadet class. Our driver jumped from the thirty-third row and finished tenth, recovering not less than twenty-three positions. In the top-ten list we find three more Tony Kart chassis, other than Andrea’s, we find Al Habsi (Msport Karting) who got the fourth position, right at the foot of the podium.