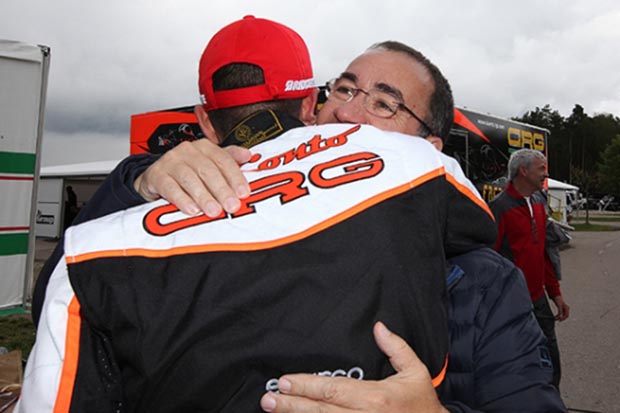 The race of Wackersdorf (Germany) crowned CRG KZ World Champion with Paolo De Conto, a result that confirmed the Italian outfit on top of the international scene in the last decade. The next appointment is the OK and OK-Junior World Championship in England.

The OK and OK-Junior World Championships in England at the circuit FP International in Brandon are approaching fast and CRG is ready to line up a strong squad resolute to shine again after the great result obtained in Wackersdorf.

CRG has secured its 40th World Championship title with Paolo De Conto who won the KZ title for the second time in a row less than two weeks ago in Germany, while the Swedish driver Benjamin Tornqvist Persson of CRG Holland claimed the title of Vice Champion in the International KZ2 Super Cup. These two strong results strengthened even further the prestigious hall of fame of CRG, whose history started officially in 1986, but that was active before as the historic brand Kalì-Kart, that won the World Championship of the shifter category Formula C as its first title with Gabriele Tarquini in 1984.

CRG ON TOP OF THE WORLD CHAMPIONSHIPS FOR A DECADE

CRG has constantly been on top of the International CIK-FIA classifications of the World Championship in the new generation shifter categories. In 2007, Jonathan Thonon claimed his first title in the KZ1 World Cup, a result that he managed to repeat in 2008, 2009 and 2011. Jordon Lennox-Lamb and CRG won the World Cup KZ2 in 2012. In 2013, the KZ World Cup became World Championship and CRG took the win the the young talent Max Verstappen. In the past three years, CRG has monopolized the KZ World Championship: in 2015 the Italian outfit took the win with Jorrit Pex, while in 2016 and 2017 the victory went to Paolo De Conto. An exceptional history, full of international titles that rewards CRG for the continuity of the research and development efforts put in its products.

CRG AT PFI WITH GREAT CHANCES IN OK AND OK-JUNIOR

In the direct drive categories CRG is the reigning World Champion with Pedro Hiltbrand, who won the title last year in Bahrain in category OK. In England, on September 22-24 2017, CRG will field a good number of drivers with a great potential. The Italian outfit will field in OK the Norwegian Dennis Hauger, the British drivers Callum Bradshaw and Louie Westover, the German Hannes Janker, the Italian  Flavio Camponeschi (former KZ1 World Champion and two times KZ and KZ2 European Champion) and Michael Rosina. The Spanish driver Kilian Meyer Prat will unfortunately not be able to get on track due to the injuries he sustained in a recent incident during a practice session.

In OK-Junior expectations are high on the Brazilian Gabriel Bortoleto, the Finn Rasmus Joutsimies, the Spanish drivers Javier Sagrera Pont and Ayrton Fontecha Martinez, the German Donar Munding and the Italian Mathias Torreggiani.