Titles in 100cc categories up for grabs this weekend in Joliet 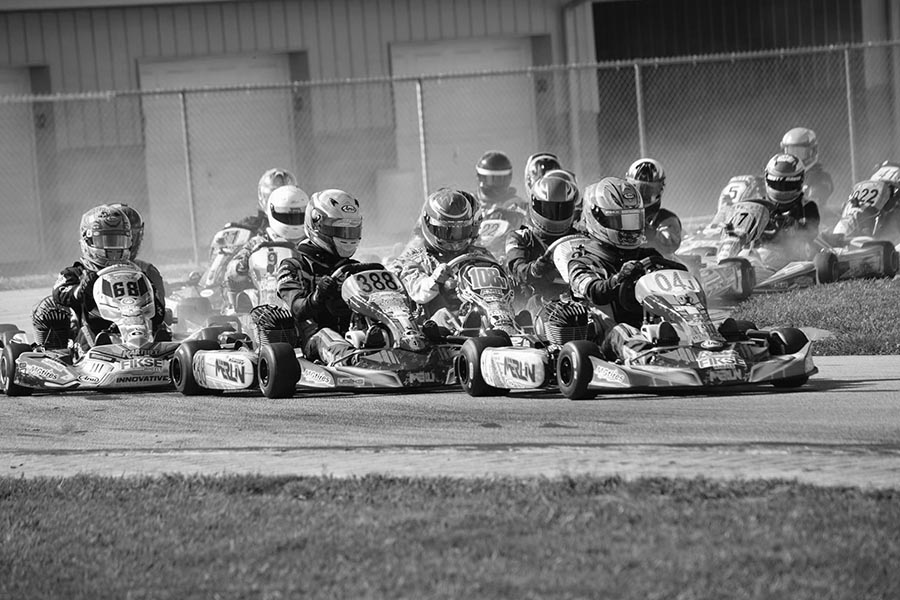 The United States Pro Kart Series – presented by FIKSE Wheels and MG Tires – is heading into the fifth season finale weekend. The 2017 championship chase is closing on September 22-24 at the Chicagoland Super Grand Prix with the program visiting the Autobahn Country Club facility in Joliet, Illinois for the first time in series history. A combination of purpose-built course and temporary circuit is the layout for the weekend, providing a short, fast, and challenging location for the final two rounds of the championship.

At the Hoosier State Grand Prix in July, three drivers earned tickets to the IAME International Final in Le Mans, France next month. Brandon Jarsocrak, Maks Kowalski and Santiago Trisini each scored a ticket to compete against the best IAME drivers around the world by leading the championship chases after the weekend in IAME Pro, IAME Junior and Mini Swift. Brent Crews scored a entry-only prize by earning the most points at the Liberty Grand Prix back in May, with the four drivers scheduled to compete in their respective categories. On the line this weekend for all five IAME categories are free entries AND guarantee starting positions at the Superkarts! USA SuperNationals 21 in Las Vegas. IAME Pro, IAME Junior, Mini Swift and Micro Swift champions – should they not be the same drivers as those racing at the IAME International Final – will earn the tickets to the November 15-19 event, with the KA100 title winner earning a ticket to X30 Senior. 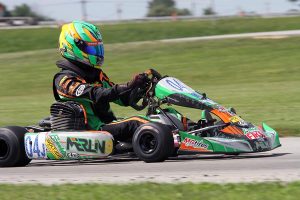 eKartingNews.com is trackside for the weekend, providing the industry-leading coverage throughout the Chicagoland Super Grand Prix. Listen in all weekend to the EKN Live broadcast, featuring the play-by-play call from series announcer Tim Koyen. Watch the EKN Social Media outlets – Facebook, Twitter and Instagram for photos and videos – and watch for daily reports and updates in the Official Discussion Thread.

Not only are the prizes on the line, but the prestigious of becoming a United States Pro Kart Series champion is on the horizon for the seven categories competing. Below is a look at the 100cc engine classes competing at Autobahn this weekend with the championships to still be decided. 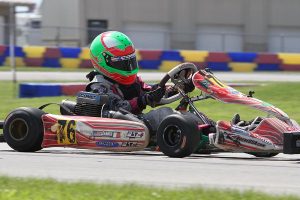 This is the first year of the Switch Racing Engines KA100 category in the United States with the USPKS program welcoming the new class thanks to the support of IAME USA East. The class has not disappointed with the largest fields all season long, and heading into the weekend as the tightest championship chase. The top two drivers entering the series finale are separated by just eight points. Three-time winner Alex Bertagnoli holds the advantage over Round Four victor Brandon Jarsocrak. Bertagnoli, a Senior rookie, won the inaugural race at GoPro, and doubled up at New Castle in front of Jarsocrak. Bertagnoli has the slight advantage, taking to the Autobahn circuit in August with the Route 66 program aboard his Franklin Motorsports / Merlin machine. Jarsocrak was runner-up to Bertagnoli for all three of his wins aboard his KartSport North America / Praga, earning his one victory in at Pittsburgh. Mike McAndrews (Fullerton) is one of the two other winners on the season. McAndrews currently sits third in the championship chase, needing a lot of help to have a chance at the title. He leads veteran racer TJ Koyen (Innovative / Exprit) while Josh Hotz (Franklin / Merlin) holds the fourth sport over Colton Ramsey (Franklin / Merlin).

The championship is James Lynch in the L&T Clutches Yamaha Junior division. Lynch, who scored three victories on the season, is the only competitor to compete in all six races. Currently, no drivers are entered in the category for the weekend. 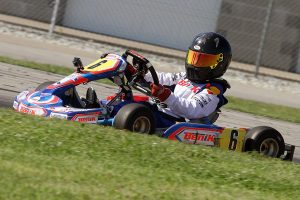 Mateo Rubio-Luengo has been in the hunt for the Merlin Racing Karts Yamaha Cadet since the series began. Two runner-up finishes at GoPro put him on the path, placing inside the top-five in all six rounds including victory at New Castle. Mateo (Benik) has a 159-point lead over fellow Micro driver Christian Miles (KSNA / OK1), who gained his first series victory at New Castle. A close third is Annie Rhule (Checkered / Energy) vying to gain her first USPKS victory. Should she come away with one or even both victories on the weekend, it could be a different championship standings when we crown the title winner Sunday evening. Danny Dyszelski (Benik) holds a solid lead for fourth with Sebastian NG (Nitro Kart) sitting fifth, only 59 points ahead of Bayne Bennett II (Tony Kart).